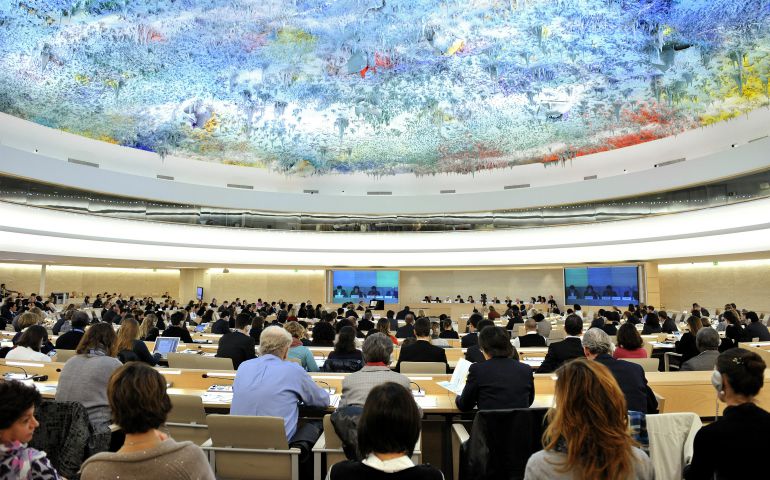 On its 70th anniversary today, the Universal Declaration of Human Rights is being celebrated as a milestone in the history of human rights and the quest for human dignity.

But human rights defenders and advocates, including Catholic sisters who represent their congregations at the United Nations, say the commitment to uphold the rights enshrined in the document is under threat.

"We still have so far to go," Sr. Janet Kinney, a member of the Sisters of St. Joseph of Brentwood, New York, and the executive director of the Partnership for Global Justice, a U.N.-based advocacy organization.

"Human rights violations are widespread across the globe," Kinney told GSR. "Faced with the reality of the Rohingya refugees in Bangladesh, the plight of the people of Syria, the Israeli and Palestinian conflict, migrants being turned away from our American borders, the proliferation of nuclear weapons, the victims of human trafficking, the pilfering of our Earth of its natural resources — it can be overwhelming."

The situation has become so worrisome that Sr. Teresa Kotturan, U.N. representative for the Sisters of Charity Federation, said the 1948 declaration would have real trouble being approved today, given the rise of pro-nationalist politics throughout the world.