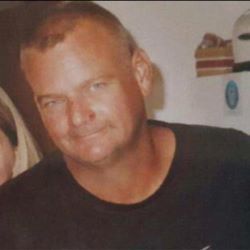 Robert  “Bob” John Bedard Jr., 54, of Saint Petersburg passed away unexpectedly on October 31, 2020. Bob was born in 1966, to Judy and Robert Bedard Sr. whom he loved dearly. Bob maintained a deep respect toward his former wife and high school sweetheart, Deanna, the mother of their four children.

Bob was a devout Catholic. He attended Catholic Mass as often as he could. He was a longtime member of Holy Family Catholic Church, but in recent years more often attended Mass at Saint Paul’s Catholic Church or Saint Anthony’s. In addition to attending Mass Bob carried out his faith with his kind-hearted and giving ways. He had a forgiving heart, was quick to apologize and never hesitated to give anything he had to anyone in need.

A memorial mass will be held in his honor on Friday, November 20 at 10:30 am at St. Paul’s Catholic Church, 1800 12th St. N. St. Petersburg, followed by a burial at Calvary Catholic Cemetery. The family will receive friends at Judy’s home immediately following the burial.