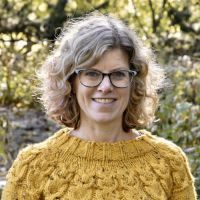 Schlumpf was named NCR's executive editor in 2020, after serving as the publication's national correspondent for three years. As national correspondent, Schlumpf did in-depth coverage on the influence of money in the church, sex abuse, politics, women's issues, racism and young people in the church. Her work has included investigations into Eternal Word Television Network (EWTN), Fellowship of Catholic University Students (FOCUS) and popular Catholic author Matthew Kelly. She previously wrote an opinion column for NCR for almost a decade.

Schlumpf has three decades of experience covering religion, spirituality, social justice and women's issues, having previously served as managing editor of U.S. Catholic magazine and as a reporter at Chicago's archdiocesan newspaper and secular newspapers in California and Wisconsin. Her work has been published by CNN Opinion, Sojourners and Huffington Post. She taught journalism as an associate professor of communication at Aurora University in Illinois.

Schlumpf is based in Chicago, where she lives with her husband, Edmund, and their two children, and where she is a member of St. Gertrude Parish.

Have you seen the Light?

Not THAT Touchdown Jesus

A tale of two conventions

Denomme had a few weeks as a priest, a lifetime of service

Best country to be a mom? Not U.S.

Getting back at Stupak

Facing up to social networking