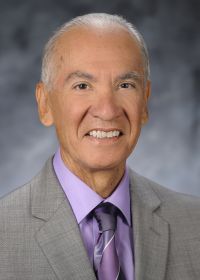 Mario T. García is Distinguished Professor of Chicano Studies and History at the University of California, Santa Barbara. He received his Ph.D. in History at UC San Diego. A Guggenheim Fellow, he is the author of twenty books in Chicano history. These include The Gospel of César Chávez: My Faith In Action (2007); Católicos: Resistance and Affirmation in Chicano Catholic History (2008); The Latino Generation: Voices of the New America (2014) and The Chicano Generation: Testimonios of the Movement (2015). He is working on a biography of Father Luis Olivares and the sanctuary movement in Los Angeles. He is the recipient of several book awards and is the 2016 recipient of the Stetson Kennedy Vox Populi Annual Award.

Raising wages: the right thing to do

The inhumane treatment found in our prisons

Our faith is centered on the migration tale

The state of our union

We cannot fight other people's wars

In death, a reminder to prioritize life

Remembering the assassination that defined a generation