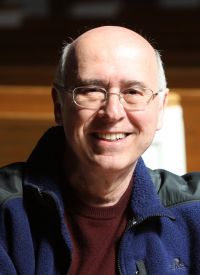 Michael Leach is publisher emeritus of Orbis Books. He has edited and published more than three thousand books. His authors include Nobel Prize winners, National Book Award winners, and hundreds of religion book award winners. In 2007 the Catholic Book Publishers Association honored Mike with a Lifetime Achievement Award. Dubbed "the dean of Catholic book publishing" by U.S. Catholic magazine in 2003, he has also authored or edited several books of his own, including Why Stay Catholic? which was voted the "Best Popular Presentation of the Catholic Faith" in 2012. Mike brings this background to his role as editor of NCR's Soul Seeing columns; Soul Seeing has won the first place award for "best regular spirituality column" from the Catholic Press Association for five years in a row. Michael is a frequent contributor to NCR's Soul Seeing column.

You have not read this book on pets before

Girzone, author of 'Joshua' novels, still wants to tell you something about Jesus

A good man is not hard to find

I could use a transfiguration

It's not easy being an incredible shrinking man

The kingdom of heaven comes to our house

I ain't got no body, but somebody cares for me

Oh, life could be a dream, shaboom, shaboom

Life is all about getting up in the morning

'It's dark because you are trying too hard'

Marriage: two people 'in this thing together'

It's OK to despair and swear at God