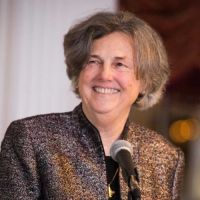 She belonged to the 2016-2018 Papal Commission for the Study of the Diaconate of Women. Winner of two Fulbright awards, her biographical listings include Marquis Who's Who. Her professional papers are held by the Women in Leadership Archives, Loyola University, Chicago. She holds a research appointment at Hofstra University, Hempstead, New York.

They do it to themselves

Another letter to a woman religious

Invincible ignorance and the bishops

What would Mary Magdalene do?

Can we all get along?

A letter to a woman religious

The Vatican and the LCWR

Obedience to law or to Scripture?

Men, women and going for the gold

It's not (only) about contraception

Not siding with bishops on conscience exemption is foolish

Despite what opponents say, women deacons are for ministry