With and within us

During that period of church history when believers found the interim between Jesus' advents stretching into months, then years, then decades, they knew they had to deal with the facts. The apostolic eyewitnesses to Jesus were already dead, or soon would be. The movement was growing beyond Judah and Samaria unto the "ends of the earth." Heresies and false teachers threatened the unity of the community and the integrity of the deposit of the faith. 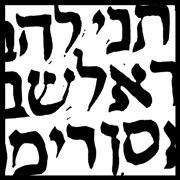 Every day, they had to adapt to ever-changing times and circumstances. To that end, they leaned heavily on the presence of the Holy Spirit. The Spirit helped them decide how best to organize the community and steer its mission so they could remain true to Jesus Christ while bringing to the faith more and more people of every race, ethnic background, culture and persuasion.

In his Sprunt Lectures at Union Theological Seminary in Richmond, Va. (Jan. 28-31, 1980), the late, great Raymond E. Brown gave a scholarly and practical presentation of the efforts of the early church to adapt, grow and thrive during those times. His presentations have been preserved in a book published by Paulist Press in 1984: The Churches the Apostles Left Behind.

Given Brown's fine efforts, we may better understand Luke's narrative in today's first reading from Acts. Luke hints at those early believers' struggle to come to grips with the disagreements between Jewish and gentile Christians over the necessity of maintaining Jewish feasts, purification rituals and dietary laws. He admits that "there arose no little dissension and debate."

Indeed, those were issues that, if left unresolved, could have stifled the growth of the nascent church or altered its direction irretrievably.

Paul also addressed these sources of serious conflict in his letters (Romans, Corinthians). But the extent to which the early church struggled with these problems is put into proper perspective with the simple statement: "It is the decision of the Holy Spirit and of us not to place on you any burden beyond these necessities."

These "necessities" consisted of practices so abhorrent to Jews that there could be no other solution except for gentile believers to refrain from them. This set the pattern for the early church's efforts at problem-solving. They would work together, in faith, under the auspices of the Holy Spirit.

While he was still among his own, and before his passion, death and resurrection, Jesus had assured them that they would not be left to their own devices. Rather, as is reflected in today's Johannine Gospel, the Father would send to them an Advocate in Jesus' name.

The promise of the Holy Spirit, or the Advocate, is part of the lengthy discourse that the evangelist set within the context of the Last Supper. This promise represented one of the significant ways in which Jesus provided for his own when he was gone a while from their company. All that Jesus had done while with his own, the Advocate would do.

As tutor, teacher and guide, the Advocate would not allow them to forget Jesus' teachings. They would be kept aware of those values and principles that were to guide and inspire their careful following of their Lord.

As we continue to live within the same interim between Jesus' advents, and as we revisit our spiritual roots and ancestors yet again this Easter season, what lesson is the Advocate holding out for us to appropriate?

Perhaps it is simply the renewed realization that the Spirit sent by the Father in Jesus' name continues to live and breathe and move among us. Was it not the Spirit at work when delegates in the Sistine Chapel surprised the church and the world by electing Jorge Bergoglio as the next pope? When that Argentine cardinal announced that his name as bishop of Rome would be Francis, surely that, too, was the Holy Spirit setting the tone for a humbler, simpler papacy, geared toward the poor.

Surely, the Holy Spirit is inspiring contemporary Christian martyrs who willingly admit their faith even though they know that they will be killed by radical terrorists. Isn't the Spirit also speaking through Malala Yousafzai, the young Pakistani advocate for women's rights who was shot but not silenced?

This same Spirit begs for your voice and mine. The Spirit was present with Peter, James, Paul, Mary and John, and is present with and within us. Let the Spirit move us toward good, strengthen us to persevere, and empower us with a martyr's courage.

Spirituality | With and within us

A prayer on the Feast of St. Francis of Assisi