We might think of Pentecost Sunday as something like the church's Fourth of July celebration. It's not just the attention-getting sound, the pyrotechnics and the excitement, but the here-comes-everybody reunion of a multinational crowd of folks who all heard a message and allowed themselves to get caught up in its power. 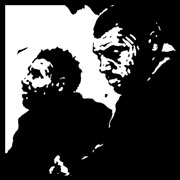 And it was even more than that. Instead of the earth-shaking commotion leading to confusion, everybody understood what was being communicated -- to the point that they were actually confused by the fact of clear communication.

While Luke began his Gospel by talking of a small clan of Jewish people and Jesus' birth in a little town in the middle of nowhere, he begins the Acts of the Apostles in the religious center of Judaism with a crowd representing the whole known world. Pentecost was a big deal! But what might it mean to us? It is, of course, all about the Spirit, and today's readings tell us that the Spirit is ready to lead us through transformations every bit as clear and bewildering as the events of Luke's story.

Because Luke's narrative in Acts is the only scriptural account of the Pentecost event, today's other readings offer additional perspectives on the gift and effects of the Holy Spirit in the life of the church. One of the first things we might notice here is that every one of the five suggested readings for today's liturgy leads us to reflect on our place in the community of believers. Not one of them speaks of a private experience of the Spirit of God, quite the opposite.

The communal dimension is most obvious in the selection from 1 Corinthians, in which Paul uses the image of a body to explain how intimately the members of the community have become identified with one another.

Or, building on Paul's homey metaphor: The more the hand is called on to scratch the head, the better the hand gets at it and the happier the head, which in turn keeps nourishing the hand's muscles.

Up to that point, Paul's teaching applies to any community that has learned noncompetitive cooperation. It is much like the socialist ideal that calls for all to give what they can and receive what they need. Everyone who is a part of it can live well. But Paul calls this body the body of Christ, and that orients this community beyond itself.

This is where John's rendition of the gift of the Spirit comes in.

Instead of having Pentecost 50 days after Easter, John portrays Jesus bestowing the Spirit on his disciples on the evening of the first day -- the day of the Resurrection. As the disciples were huddled together for mutual protection, Jesus became present among them and blessed them with his peace. Then he sent them out, and with his next breath, he filled them with his own Spirit.

The Spirit Jesus shared gave them power for the two-dimensional work of reconciliation. Just as Jesus had offered peace to his failed disciples, they were commissioned to do the same for others, freeing them from being defined by a sinful past so that they could enjoy peace with God.

The disciples were also sent to do as Jesus had done in denouncing those whose closed minds or systems impede the spread of God's peace in the universe. The ones whose sins are retained are those who are closed in on themselves. In the words of Pope Francis, "Their hearts are open only to the limited horizon of their own immanence and interests, and as a consequence they neither learn from their sins nor are they genuinely open to forgiveness" ("Joy of the Gospel").

The feast of Pentecost is meant to be a blowout celebration that reminds us of the unfathomable power we have been given to create a community of universal solidarity. Pentecost celebrates the fact that the Gospel can be understood in every time and culture because it fulfills the deepest yearning of human hearts.

With all of our bewildering differences, Pentecost tells us that we are all such a part of one another that sharing God's peace is really possible. That is the message we are called to believe and proclaim by the way we live. To the extent that we believe it, it will become true.

[Mary M. McGlone is a Sister of St. Joseph of Carondelet and a historical theologian currently writing the history of the Sisters of St. Joseph in the United States.]

Are we there yet?