Easing the way for others

Wherever construction or demolition is taking place, there is often a crowd of onlookers whose curiosity has drawn them to the site. They look on, usually silently, as gigantic machines haul debris away while other heavy equipment carries all the supplies that will eventually become a new edifice. They look on as roads are paved and lines are drawn to ensure the safety of future travelers. They look on as bumps are smoothed and sharp curves are rendered less dangerous. 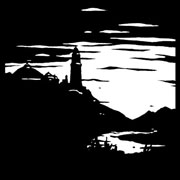 Verna Holyhead suggests that we might think of Advent, particularly this Second Sunday, as "the season of Christian 'road works,' with John the Baptist as our overseer" (With Burning Hearts, Liturgical Press, 2006). Through John, all of us together are challenged to make straight the paths that should lead us to God.

"What are the 'potholes' in our discipleship?" asks Holyhead. What are those sins of omission that stand between us and God? Are we guilty of " 'road rage' toward our sisters and brothers as we try to follow the way of the gospel?"

We are urged every day -- and particularly as we prepare to welcome the Lord more fully into our lives -- not to be mere onlookers at a construction site but to be active participants in smoothing and preparing the way that will lead us to God.

In today's first reading, we see that the prophet Baruch issued a similar invitation to his contemporaries. He would have them let go of their mourning and misery as one would shed widow's weeds after a period of grief and loss. Allow God to clothe you in glory and justice, he urged.

Then, with a reverent nod to Deutero-Isaiah, Baruch (as John the Baptizer would do after him) shared a vision of lofty mountains being made low and age-old depths and gorges being filled to level ground, all so that Israel might find its way home to God.

As we consider the seemingly monumental effort described by Baruch and the Baptizer, we might become discouraged or overwhelmed. But we need only look to Paul (second reading) to regain our equilibrium and stay on task. Paul reminds us that we are never alone or unequipped for the challenges of discipleship. God has begun this good work in us and will see it to fulfillment.

It is God and God's grace that will enable us to prepare the way of the Lord, straighten what has become crooked, and level the molehills that may have morphed into mountains.

Paul's love for the believers in Philippi is evident in his correspondence; he longed to be with them and held deep affection for them. Surely, Paul never thought that his words would become part of a testament to which generations of believers would turn for inspiration, guidance and encouragement.

But so they have, and because of the living nature of the sacred texts, we might be so bold as to believe that the love that Paul expressed for the Philippians he also holds for us. That love bolsters our efforts as we prepare to welcome our ever-present Lord by welcoming and caring for those God has put on our way.

To remind each of us of the urgency of these preparations, we might take a page from the life of author Stephen King. In a commencement address he gave at Vassar College in 2001, King appealed to the graduates to use the time they had wisely.

He suggested: Rather than devote your lives to acquiring wealth, which is here today and gone tomorrow, why not make your wealth and your lives one long gift to others? After all, everything we have is on loan anyway. All that lasts is what you pass on. We come into this world naked and broken, said King. We may be dressed when we go out, but we're still broke.

Then King shared an event in his life that served as a "wake-up call." One afternoon in June 1999, while walking down Route 5 in Lovell, Maine, King was hit from behind by a car and tossed 14 feet into a ditch. He had multiple injuries, and as he lay there covered with blood and mud, looking at his broken right tibia protruding from his jeans, he said he realized that the MasterCard in his wallet was of no use to him at that moment. Only the compassion of a deputy who came upon the scene and ministered to his needs saved him.

Money, fame, future -- none of these could compare to the caring of another human being. Isn't that why we are here?

While King is primarily known for writing frightening stories, his speech that day at Vassar revealed a compassion that challenges each of us. As Christians, we are challenged to prepare the way of the Lord by helping others make their way through life more easily. Since we cannot take it with us, why not give generously of our treasure as well as our time and talent while we can?

People | Easing the way for others