What is expected of us as we watch and work for the realization of God's reign among us? What should we be doing in this seemingly endless interim between the appearances of Jesus? 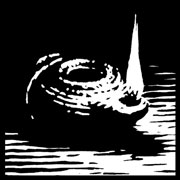 These questions have been pertinent to the lives of every believer since the beginning of Christianity, and the answers have remained the same: Be faithful, be vigilant and be prepared.

In order to be faithful, vigilant and prepared, we must return again and again to Jesus, in whom God is revealed. We must return again and again to his announcement of the kingdom and the story of our salvation. Only in this deliberate return will we find truth, reason for being, and the motivation to continue believing, hoping and reaching out in love and compassion to all.

Some have defined this act of returning as a quest. Some have compared it to being refreshed and renewed at the wellspring of life. Call it what you will, but without this action, we lose our way and can be swayed more easily by inauthentic images of Jesus.

As N.T. Wright has noted, every month or two some publisher comes up with a blockbuster, saying that Jesus was a New Age guru, an Egyptian freemason or a hippie revolutionary (The Challenge of Jesus, InterVarsity Press, 1999). Every year or two, some scholar or seminar of scholars suggests that Jesus was a peasant Cynic, a wandering wordsmith or a preacher of liberal values born out of due time.

Despite these roadblocks, dead ends and detours on the road to finding Jesus, Wright insists that the quest for Jesus (or the act of returning to him again and again) is a necessary and nonnegotiable aspect of Christian discipleship.

This conviction is reflected in the letter to the Hebrews. The intended readers of Hebrews were already growing weary of waiting and watching for Jesus. As early as the 80s, many were considering a return to their Jewish roots. Still others were drawn to Judaism as a way to save themselves from imperial persecution.

For those reasons, the ancient author made an extended and eloquent argument for the unique superiority of Jesus, his person, his priesthood and his sacrifice. In today's second reading, the author cites the example of Abraham, whose faith in God moved him to launch out into unknown and unmapped territory while believing that he and his barren wife, Sarah, might have a child. He was willing to believe that eventually his descendants would outnumber the stars and the sands on the seashore. Then, when put to the ultimate test by God, Abraham was willing to offer his only son in sacrifice.

In today's Gospel, the Lucan Jesus will continue the formation of his disciples so that they can cultivate a faith like Abraham's and live in preparedness for Jesus' return. Jesus urges them (and us) to trust in God rather than live in fear of what may or may not happen. Jesus invited his own to be detached rather than find fulfillment and security in earthly possessions -- and, in their detachment, to provide for the poor.

With two parables concerning the relationship between a master and his servants, Jesus underscored the readiness that should characterize believers. Like good stewards, we are to care for those in our charge and not neglect their needs. The disciples of Jesus are not to regard the poor as an economic burden to be solved by one governmental program or another. We are to treasure the poor as an opportunity for finding, knowing and loving him.

Surely, some of their disguises are frightful, as Mother Teresa was fond of saying, but they embody Christ, and in serving them we serve the One for whom we wait and watch; in whom we hope and trust. We know neither the day nor the hour when Jesus shall return, so each of us must live as if that day is today.

We are also to remember that -- in all we are and in all we do -- we are not alone. Our God dwells with and within us. We are also surrounded and supported by the faithful here on earth as well as those who have gone ahead of us. On the strength of that communion, we become who we are: church.

In this darkness is there also light?

Holding my grandbaby, I experienced the miracle of life

What I saw when I died