Years ago, we nicknamed one of my nieces “the attorney general.” She was about 4 years old and as legalistic as a tiny person could possibly be. When told that she could ride her tricycle only in the driveway, she wanted to know if the front wheel could touch the dividing line with the street when she turned around. And what about her shadow; if that went into the street, was she disobeying? If so, riding at different times of day would imply different rules — and a cloudy day would throw confusion over the whole system!

It would have done her mother no good to cite Sirach, saying, “If you choose, you can obey and it will save you.” The child sought razor-sharp precision, intent on getting away with all she could, only to test the limits. She and her parents had no shared values in the laws of bike riding. For her, the rule was nothing but an authoritarian limitation on her freedom. For her parents, it was a matter of preserving her life so that she could survive to use her cleverness for better causes one day.

Our attitude toward the law depends on the reasons we see for it and on our feelings for those who have formulated it. One level of obedience, like my niece’s, is conformity to avoid punishment. That’s purely egoistic; the only reason for following the rule is to keep herself out of trouble. When the potential punishment or risk of being caught diminishes, there’s no motivation for observing the law. The lawgiver thus has to be certain that disobedience appears more costly than compliance.

Today’s readings talk about a much different appreciation of divine law. The selection from the Book of Sirach, a collection of Jewish wisdom, claims that obedience to God’s law leads to genuine quality of life. The law turns out to be more of a revelation than a demand. As today’s psalm asserts, God’s law offers the pathway to a life full of blessing. When we appreciate that following the law of God leads to tranquility, it makes philosophical sense.

When we get to Paul’s message, the philosophers are invited to bow out. Paul talks about a wisdom that applies to neither the winners of the world nor even the utopian theorists. For Paul, divine wisdom refers to neither legal nor philosophical concepts but comes from knowing the mystery of Christ. Paul understands wisdom as the consciousness that comes from allowing the Spirit of God to enlighten us. It’s the result of a relationship of love, and therefore it’s impossible to understand outside of the context of being caught up in God’s love.

While Paul’s approach sounds pretty philosophical, Jesus applies the law of wisdom to the everyday relationships of people in community — and what he says applies as startlingly now as did on the day he first uttered these things. Jesus reminds us that the anger that leads someone to demean a brother comes from the same root as Cain’s murder of Abel. And just in case people missed that subtle reference, he doubled down on it by talking about making peace before you presume to offer anything to God.

Jesus capped this teaching off with the warning that if we can’t figure out how to make peace among ourselves we’ll start taking one another to court and end up imprisoned by our own systems of retribution. 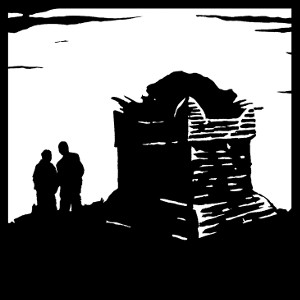 When he talks about relationships between the sexes, Jesus avoids judging the picky details and demands due reverence for every person made in God’s image. He points out that cultivating lust destroys the heart of the lascivious looker as surely as it devalues the person who is considered as a carnival attraction. On the question of divorce, Jesus tells the audience that if you put someone in an impossible situation, you are responsible for what happens as a result. That’s a theory that we might apply today, not just to family affairs but to situations like those of former soldiers with post-traumatic stress disorder or inner-city children stuck in failing schools.

Speaking today, Jesus might well talk about how much responsibility we have for these very serious problems. With the Sermon on the Mount, Matthew presents Jesus as a new Moses, not as the lawgiver but a guide who shows the way to a life full of blessing. In Deuteronomy 30, Moses told the people that through the covenant, God was offering them life or death, blessing or curse. When Jesus interpreted the Mosaic Law, he refused to get lost in juridical minutiae but went to the heart of the matter. Fulfillment of the law is simply a question of love.

When confronted with injustice, what would Jesus do?

Pope: Jesus takes on human suffering to draw even closer to people