Unlike catechisms, Scripture frequently offers us a choice. Counter to popular opinion, the same theology doesn't run from Genesis 1 to Revelation 22. There are as many unique ways of looking at God in Scripture as there are biblical authors. Those who originally collected our sacred writings and eventually put them in the format we have today simply presumed we'd take our pick. 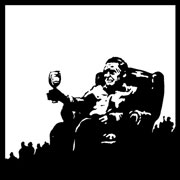 It was no accident, for instance, that they put two contradictory creation myths back to back in the first two chapters of Genesis. Being Semitic, not Greek, thinkers, it was never a matter of either/or; it was always both/and. That's why they presented us with two different theological ways of looking at the same creation event. No one myth could completely convey all possible theological options.

That's also why today's first reading starts with those famous words: "Vanity of vanities, says Qoheleth, vanity of vanities! All things are vanity!" The book of Ecclesiastes presents us with one part of Scripture's "wisdom debate."

On one hand, we have writings like Proverbs and Wisdom, which constantly encourage their readers to appreciate the logical patterns that surface when one follows Yahweh's commands. Those who keep God's rules and regulations can expect to be rewarded generously by God in this life.

On the other hand, the authors of Job and Ecclesiastes present us with a big "Oh yeah?" As Addison Wright observes in his classic New Jerome Biblical Commentary article on Ecclesiastes, "Qoheleth's quarrel is with any theology that ignores experience and thereby tends to become unreal. Thus he attacks the simplistic statements of the traditional theology of retribution." Though the Ecclesiastes author doesn't encourage anyone to disobey Yahweh's commands, he still points out that in many situations life is just a roll of the dice.

At first glance, in today's Gospel pericope, Jesus might seem to agree with Qoheleth. Though God has other plans, Jesus' about-to-die rich man plans "to tear down my barns and build larger ones." Yet, when we look at everything Jesus says about acquiring wealth, we discover he goes far beyond Scripture's wisdom debate.

He clearly states his thesis: "Take care to guard against all greed, for though one may be rich, one's life does not consist of possessions." He believes anyone who focuses just on acquiring wealth is focused on something that will bring neither happiness nor fulfillment.

It's clear from all four Gospel theologies that both the historical and risen Jesus are convinced the only way to achieve such happiness and fulfillment is to train ourselves to concentrate on those we encounter in our daily lives, always trying to care for the needs of the people that surface in those encounters.

As far as our Christians authors can tell, to pull that off, we have to imitate Jesus.

I'm always disturbed by those passages in Paul's letters in which he has the nerve to tell his readers, "Imitate me" (1 Thessalonians 1:6.).

I've never had the guts to tell my students or parishioners to do that. As a teacher and pastor, I'm good at pointing out the ideals we all should be following, but I'm wise and honest enough to admit I'm personally not very good at actually carrying through on those ideals. And when I do carry through on some of them, I'm frequently doing so because that's what's expected of me, not because I'm deeply committed to those ideals.

I certainly don't always "feel" like doing what I actually do. I often worry about being a fake.

Yet I remember what many counselors and psychologists advise, especially when it comes to spouses who claim they're waiting and willing to show affection to their partners, but they just don't feel like it. Experts usually recommend we go through the external actions of showing affection, even without the feelings. Feelings normally surface only after the actions are performed, not before.

The Pauline disciple responsible for the letter to the Colossians would have agreed with that advice. "You have taken off the old self with its practices," he writes, "and have put on the new self, which is being renewed for knowledge, in the image of its creator."

I presume few of this author's readers really felt like being the new person he or she expected them to be. For most, the writer was asking them to wear some kind of a religious mask. Perhaps the author was thinking about this very experience when he wrote, "You have died, and your life is hidden with Christ in God." It certainly takes a death to step into a lifestyle we don't feel like stepping into.

As Jesus' followers, we have to do a lot of pretending before we actually morph into other Christs.

The Body of Christ

May Jesus be strong, inculturated, transcendent for you at Christmas

Goal of Ignatian retreats to help people move out of poverty, find hope