During this season of Easter, we celebrate the essence of our faith: Jesus lives! Without this truth, faith falls apart and we, as church, become a colossal joke. But we believe! Jesus lives! And it is our privilege and responsibility to witness to the truth of Resurrection. 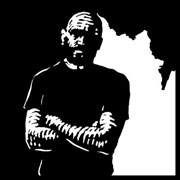 In our celebration of God's most merciful gift to us in Jesus, and in him risen, we might call to mind John Updike's poem "Seven Stanzas at Easter" (1960). Updike's lines challenge each of us to examine the tenacity and authenticity of our own faith:

Make no mistake: if He rose
at all
it was as His body;
if the cells' dissolution did
not reverse, the molecules
reknit, the amino acids
rekindle,
the Church will fall. ...

Let us not seek to make it less
monstrous,
for our own convenience, our
own sense of beauty,
lest, awakened in one
unthinkable hour, we are
embarrassed by the
miracle,
and crushed by remonstrance.

Some have accused Updike of being too literal, too simple. Nevertheless, he makes his point abundantly clear. Without the Resurrection, the real and authentic rising of Jesus from the dead, our faith is in vain.

This was the same point made by the Johannine evangelist in today's Gospel. Thomas, who doubted the others' claims that Jesus was alive, demanded physical proof before he would accept a risen Lord. "Unless I see ... unless I put my finger ... unless I put my hand ... I will not believe."

Yet, a week later, when Jesus called him by name and invited him to touch and believe through empirical proof, we are not told whether Thomas touched him. We are told only that he saw and believed.

Then, with an acknowledgement of all future generations of believers who would not see but would believe, the risen Jesus pronounced us "blessed."

And so we are -- blessed and graced with the faith and the witness of countless generations who have gone before us professing what many think is preposterous. Jesus lives! He who preached and healed and suffered unspeakable torture is alive. He who died a criminal's death on a cross now lives. He who was buried in a tomb he could not afford is living among us.

What should we do, what can we do or say about this, the truth upon which our existence as church hinges?

German pastor and theologian Dietrich Bonhoeffer, who suffered a martyr's death for his faith, once suggested that we dwell too much on dying and too little on overcoming death (Testament to Freedom, HarperSanFrancisco, 1990). Bonhoeffer, who was hanged unjustly in April 1945 even though the war was almost over, said that if we concentrate on the resurrection of Christ, a new and purifying wind can blow through our present world.

This is the answer to Archimedes' challenge: "Give me somewhere to stand and I will move the earth." If only a few people really believed in the Resurrection and acted on it in their daily lives, a great deal would be changed.

How does the truth of the risen Lord impinge upon your life and mine? If we truly believe that Jesus lives and breathes and moves among us, how might that impact the way we live, breathe and move about in this world?

Might we be kinder? Less judgmental? Less prejudiced, less fearful? Might we more readily embrace and tend to the needs of the poor with whom Jesus chose to identify? Might we be humbler? More transparent? Freer?

Never too busy to make time for God