When I attended high school in St. Agatha, Maine, I was privileged to be taught by Sr. Mary Antoinette, a Daughter of Wisdom who had been a dedicated missionary in Malawi. While she was an excellent teacher and very devoted to her students, it was clear that she felt a deep longing to return to Africa. 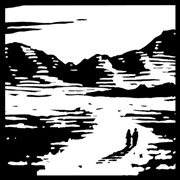 When we asked why she wanted to go so far away and place herself in danger, she quoted to us the words of the Lucan Jesus from today's Gospel: "Go on your way; behold, I am sending you like lambs among wolves. ... Behold, I have given you power to 'tread upon serpents' and scorpions and upon the full force of the enemy and nothing will harm you."

We did not fully understand her desire, but we nevertheless admired our teacher's courage and commitment.

Not long thereafter, Sr. Mary Antoinette's desires were fulfilled. In September 1961, she was sent to Isangi, Congo, to teach in the secondary school there. Unfortunately, the political situation was chaotic; rebels were defying the government and missionaries were in the crossfire of all the violence. As the war escalated, she and some other missionaries were imprisoned in a large house near the Congo river.

Without food or water and restricted from leaving the house, the missionaries survived due to the courage of a few young Congolese Daughters of Wisdom who brought them food daily. On Nov. 19, 1964, at 6:15 in the morning, the rebels took their prisoners to the village square, where they were mocked and tortured throughout the day. That afternoon, Sr. Mary Antoinette was stabbed twice; her body was thrown into the river. Today that village square is called Place des Martyres, "Square of the Martyrs."

Why tell the story of this martyred nun? Because she, like so many other committed believers, had the courage to take Jesus at his word. Trusting in his merciful presence, Sr. Mary Antoinette was able to give herself freely to the service of others, despite the cost. She did not allow fear to hold her back. Like the 72 that Jesus sent forth, she furthered the ministry of the Gospel in all she did and said.

When I recall her life and her death, I am reminded of the words of Dietrich Bonhoeffer, another martyr for the faith: "When Christ calls a man, he bids him come and die" (The Cost of Discipleship, Macmillan, 1966).

I am also reminded of Mother Teresa, whose willing discipleship sent her into the streets of Kolkata and elsewhere in India to joyfully embrace and tend to the needs of the unwanted poor, sick and neglected. Yet, inwardly, she suffered a martyrdom of a different sort. Although her love and goodness were luminous, her spiritual life was an ongoing agony of darkness where she felt devoid of the presence of God and lonely beyond measure.

Paul also knew his share of martyrdom. In today's second reading from his letter to the Galatians, he speaks about bearing the marks of Jesus in his body. Paul also boasted -- not of his accomplishments, but of the cross of Christ.

Paul persevered though he suffered greatly for the Gospel (see 2 Corinthians 11:23-33); he was imprisoned, beaten, lashed, stoned, shipwrecked, hungry, naked, rejected and mocked. His legacy, his letters, his discipleship encourage us all to follow his lead.

Just as the 72 followed Jesus' lead, we are to emulate their example. Through the centuries, many have done so, for example: Maria Goretti; Ignatius of Antioch; Perpetua and Felicity; Agatha; Hippolytus; Thomas More; Charles Lwanga, Joseph Mukasa, Andrew Kaggwa and the other Catholic and Anglican men and boys who were burned alive for their faith by the king of Buganda; Lawrence and six other deacons under Emperor Valerian; Symphorosa and her seven children under Hadrian; Maximilian Kolbe and all who died in the Holocaust; all who continue to be persecuted and murdered in Africa and Asia simply because they are Christian.

Their names, as Jesus promised, are "written in heaven."

These have offered the ultimate gift to God. Their lives and deaths not only inspire us; they also challenge the quality and generosity of our own commitment to God. Do we take Jesus at his word? Do we dare to follow him in life and in death? Do we trust that he is ever present to us to guard us against all our fears and in the face of evil?

If we can, and if we do agree to bear the marks of Jesus, then our sufferings can offer powerful witness and redemptive grace to the world.

Is A Better World Possible?