One day one of our sisters told me she wondered whether people listened to one another in the participatory prayer of the faithful. She wished she could test if they were really praying together instead of going through the motions, and admitted her ongoing temptation to use a sweetly pious voice and softly intone the request: "Loving God, let this holy roof with all its heavy beams fall in on us at this moment." Then, slightly louder, "For this, let us pray to the Lord." 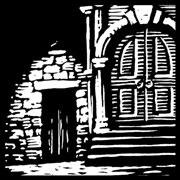 I don't think she ever did it, but I often think of her when the cue "through Christ our Lord" elicits my automatic "Amen," although I may not have a clue about what preceded that four-word formula.

The opening prayer of today's liturgy asks, "God … grant us to love what you command and to desire what you promise." We'd better think twice before we come in with our "Amen" to that one. That's part of the message of today's readings. The prophets understood that praying was serious business and often a real danger to their personal and communal agendas.

Isaiah's people had prayed for salvation, and when their prayer was answered, it became Isaiah's job to make them aware of the implications of God's gifts.

Their freedom started out wonderfully. The exiles returned home and "the nations," the pagans in the process of enlightenment, came to worship with them.

But then this glorious multiethnic gathering usurped Israel's exclusive advantage. God was calling forth priests and Levites from new populations -- blatantly ignoring the rules restricting who could function in those roles.

Isaiah doesn't tell us how it turned out, but we can guess. For those Israelites, as for religious leaders today, cultivating a desire for the fulfillment of God's promises is a challenge when it impinges on their privilege and primacy.

There's a slightly different twist on that idea in today's rather confusing Gospel. Here, not long after teaching people to knock until the door is opened (Luke 11), Jesus seems to renege on that promise, saying that at some point the master will lock the door and that's it.

This incident began when somebody asked how many people were in the process of being saved. Jesus was not in the habit of giving straight answers to such simplistic questions. Instead, complicating the question and confounding the questioners, he turned the tables and said that the process is not so cut and dried.

Making the process of salvation sound almost like an athletic competition, Jesus tells them that they have to strive (the very expressive Greek word is agonizomai) to enter through a narrow gate. He makes a point of saying that many won't be strong enough to accomplish it.

Not only did Jesus seem to be talking about the brute strength needed to push your way into salvation, but then he warned that latecomers would be locked out.

This week's readings preach directly to the choir. It's as if those of us walking out of church on Sunday meet Jesus and say, "Hey, are you going to do anything about those laggards who didn't show up today? And what about those folks who don't even deserve to walk into this place?"

The not-so-cryptic answer Jesus gives us in today's Gospel is "Be careful. Your mind has made that door awfully narrow. You're going to have one tough time getting through!" Then, to underline his point, Jesus will warn us, "As soon as you think you've got the admittance ticket and know who shouldn't get in, you've locked the door against yourself."

The people who are locked out have a problem they refuse to recognize. The door is locked because the kind of banquet they want doesn't exist. The people who can't get in are the ones who pride themselves on belonging to an exclusive club with membership requirements they themselves would have written.

They say they know Christ and have all the merit badges to prove it: We heard you teach, we ate with you, etc. But they didn't really listen to what they heard or partake of the communion of self-giving.

As the Letter to the Hebrews reminds us, growing into what God hopes for us is a process that can be painful. The kingdom of God is like a banquet that we will enjoy only to the extent that we love what God desires and desire what God offers. Many are called, but some prefer a more exclusive guest list.

[Mary M. McGlone is a Sister of St. Joseph of Carondelet and a historical theologian.]

Like Jesus at the Last Supper, we must serve others

Do we want to see?