In a cold and fallow season of waiting, watching and wondering, it is not surprising to find ourselves reflecting on the past and looking toward the future, taking stock and hoping for something better to come. Advent is the season of promise par excellence. We willingly wait. We anticipate the birth of Jesus and all that symbolizes for us, and we do so in the light of promises extending back to the Hebrew Scriptures and beyond. 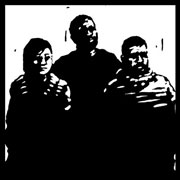 The Hebrew Testament is a reservoir for the promises of God -- from the very beginning, when all things created were called "very good" (Genesis 1:31), to the promise of the continuation of the earth after the flood (Genesis 8:22), to the promise of a future to Abram and the rest of the patriarchs and matriarchs of Israel, right down to the promise that the struggling exilic remnant of the nation would still be "a light to the nations" (Isaiah 49:6). From beginning to end, the Hebrew Scriptures make promises for all creation.

On the First Sunday of Advent, we listen again to Jeremiah, who was called to speak and act on the Lord's difficult words of "plucking up, pulling down, destroying and overthrowing, building and planting" (Jeremiah 1:10).

Jeremiah knew well the ways of Yahweh, who, prior to today's reading, had sent him to a potter's house to observe him working with clay. Jeremiah saw the clay being shaped, destroyed and reshaped again.

So it is with Yahweh, he says (Jeremiah 18:1-8). We are reshaped again and again, even after being broken into shards. And in that patient reshaping is a promise to hope in.

During the final siege of Jerusalem, when the Babylonian armies were poised to enter the city, Jeremiah purchased, of all things, a field for future use, a sign that Yahweh was not through with the city yet (Jeremiah 32).

The promise of new life is echoed in Psalm 25. What begins as a lament moves to confidence that God will restore the author to wholeness.

Paradoxically, that hope in restoration tends to be situated in the exact opposite: We have been "sharded," or in some other way undone, and our expectations of the world being righted again are dashed. It is the human condition to live in the tension between failure and fulfillment, sin and salvation, trouble and hope. Yet here, precisely, is where we must hope in order to encounter the ways of God.

This same theme appears in our Gospel reading from Luke. Its tone and message are as jarring as the first two readings; it's a real downer. The First Sunday of Advent seems an odd time to reflect on the cosmological end times, even if Christmas is linked to the Second Coming.

The joining of these themes of the crisis of birth and rebirth shows how hope flourishes in difficult times. Apocalyptic style expresses the idea that rebirth occurs in crisis. Luke wrote his Gospel during a time of particular turbulence for Israel and the early church.

These passages reassure us that though we are also living in times of crisis and even apocalypse, we can interpret events with hope.

Luke affirms that a promise is a promise. Trust God to give you strength to persevere despite temptation or persecution. Whether for the first or 21st century, the message is the same: Be watchful and alert, prayerful and humble, trusting in God and awaiting redemption from the world's crises that only God can bring, and will bring.

Luke uses a Greek word, stathenai, which means "to be stood" before the Son of Man. We don't do the standing; God will stand us up.

"The promise might not be fully in hand," Barbara Brown Taylor reminds us. "It may still be on the way, but to live reverently, deliberately and fully awake -- that is what it means to live in the promise, where the wait itself is as rich as its end. All it takes are some regular reminders, because as long as the promise is renewed, the promise is alive, as vivid as a rainbow, as real as the million stars overhead" (Gospel Medicine, Rowman & Littlefield, 1995).

Will religious life rise again — and should it?