The rest of the story

At the peak of his 40-year career, radio broadcaster Paul Harvey (1918-2009) was heard on 1,600 radio stations by 24 million people weekly. He was best-known for what he called "The Rest of the Story." In that segment, he'd feature some well-known person or event and then supply his listeners with some added and perhaps previously unknown information that completed the story and made it all the more fascinating. Hence, the rest of the story. 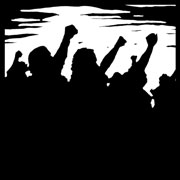 Perhaps if Harvey's technique were applied to other forms of proclamation, say, for example, the sacred texts around which we regularly gather for spiritual nourishment, our knowledge and experience of the word would be more complete.

An excellent case in point is today's first reading from the second book of Maccabees. Therein, the ancient author has offered an emotional history of the revolt of the Jews against the Seleucids, whose leader, Antiochus IV Epiphanes, was fiercely intent upon Hellenizing all under his command. So fierce were his methods that, when anyone refused to obey him, they were cruelly tortured and martyred for their faith.

To encourage his contemporaries to remain faithful to God and strong in their resistance against their oppressors, the author of 2 Maccabees told the stories of their martyrs, assuring them that, like the martyrs who went to their death professing their faith in God, they too would know the same reward, i.e., resurrection to life with God forever.

In telling the story of the seven brothers and their mother, the ancient author has infused the narrative with the doctrine of the resurrection. At the point of death, each brother made a statement that declared his faith in God and in the resurrection, in which he placed all his hope. Their mother did the same. Each declaration of faith built upon the ones that preceded it.

All the declarations together formed an eloquent doctrinal summary of resurrection, retribution and reward -- encouragement to all who are made to suffer unjustly for their beliefs.

However, and unfortunately so, this presentation has been abridged, shortened for whatever reason, and listeners gathered for liturgy are not told the rest of the story. The Lectionary includes only the declarations and martyrdoms of four of the brothers. This narrative, like so many other readings in the Lectionary, has been edited; verses have been omitted.

Therefore, it devolves upon the homilist to make known the entire passage. Similarly, when a shorter form of a Gospel is offered, wouldn't it be better to opt for the longer form? Or, are we in such a hurry that we cannot listen to a few more sentences and maintain the integrity of the good news?

That good news for Nov. 6 continues with Paul's wise counsel to the Thessalonians. Paul's confidence in God and in the Gospel he preached was so contagious that he had managed to establish in that Greek city a viable and enthusiastic community. So excited were they at the prospect of Jesus' second appearance that Paul had to teach them how to wait and work and pray so as to be ready to welcome Jesus, however "soon" or "late" he might come.

Like the first reading, the Gospel for Nov. 6 focuses on resurrection. Although they held no faith in resurrection, the Sadducees confronted Jesus with an argument based on the legal prescription that a man, whose brother has died, should raise up children by taking his widow as his wife (Deuteronomy 25:5-6; Genesis 38:8). Their supposed case of a woman who had been married to seven brothers sought to render belief in the resurrection as absurd.

As Brendan Byrne (The Hospitality of God, Liturgical Press, 2000) has noted, the Sadducees' argument "rests upon a crass assumption that life after death would simply be a repetition or extension of life in the present time, with the same conditions applying."

This flaw in their argument enabled Jesus to offer much-needed clarification. Those who are risen to life in God live as a totally new creation. There is no need for marriage; all are children of the God of Moses, Abraham, Isaac and Jacob. God is a God not of the dead but of the living.

And there you have it -- the rest of the story.

Spirituality | The rest of the story

Breaking up is hard to do

Show the world the joy of faith, pope says