This week, the Scriptures invite us to consider profit and loss and grace. 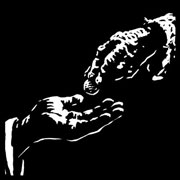 The prophet Amos, a rancher and orchard owner by trade, goes on the offensive against his wealthy colleagues who have, as Pope Francis would say, allowed the culture of prosperity to deaden them. They don't seem to comprehend the self-destructive power of their greed. They have permitted the collection of debts -- perhaps as valuable as silver, sometimes as paltry as a pair of sandals -- to blind them to human faces. They've become like Ralf, the Nazi officer in the 2008 film "The Boy in the Striped Pajamas," who did not understand that allowing a Jewish child to die made his own son equally vulnerable.

Unlike the poor, who know they must rely on one another, those lost in affluence can temporarily insulate themselves, but as God warns, material security is time-limited; only relationships last forever.

While Amos delivers his message in dire terms, Jesus uses enigmatic stories to trick his listeners into new patterns of thinking. Imagine the laughter that had to light up Jesus' eyes as he provoked chuckles with his table-turning tales. Case in point: the story of the cunning steward who was so steadfast in letting his stomach be his guide.

It's not by accident that Luke placed this story immediately after the parable of the wild younger son who was also criticized for squandering everything except his comfort. There are a lot of details missing in this story -- most importantly, why the master was careless enough to leave the steward free to feather his future with friend-winning deals. Obviously, Jesus wasn't concerned about such particulars, and he has his normal fun by spinning a yarn with extravagant details about debts of 875 gallons of oil or 100 acres' yield of wheat. Part of the message here is: "Think big!"

Jesus obviously wanted to shock pious moralizers with the steward. First a wastrel, then a cheat! Not at all like the servant who hid away the talents the master gave him, this steward carefully followed the example of his master, who prospered by the sweat of the debtors' brows. Before it got out that the steward had lost his debt-collector's badge, he had refinanced a fortune and probably lost all his commissions in the bargain. But he was gambling that social capital would offer more security than his job.

In a twist that makes more sense in Jesus' culture than in our own, the sacked servant left his master in a baffling predicament. Everybody would have been marveling at the owner's stature and munificence: Such debt cancellation was surely a sign of immense wealth and generosity! The debtors themselves would have been delighted with the deal and suddenly more loyal than ever. All that increased the master's prestige even as it diminished his profits.

In a society that valued honor over material wealth, the master would have ended up losing more than he gained if he had attempted to recoup his financial losses. So Jesus, who always saw third and fourth alternatives to either-or situations, praised the servant who demonstrated that while money can't buy love, friendship engenders its own rewards.

What, then, is today's message about profit and loss and grace? This Gospel is not exactly calling us to cook the books or connive at Robin Hood schemes to shame the affluent into debt forgiveness. Jesus designed this story to poke at listeners of every social status.

While most of us will never be in the position to manage (much less own) immense fortunes, we all need to figure out how best to use the resources and opportunities and -- perhaps most particularly -- the problems we have. When his behavior bore fruit in lemons, the steward brewed up enough lemonade for everybody in the story!

Today's selection from the First Letter to Timothy calls us to pray for everyone in our world. That's not because prayer changes God's will but rather opens us up to it.

Genuine love of neighbor is more than we can sustain alone. Prayer reminds us that we come from God, that each moment is touched by the Incarnation and that our destiny is union in and with God. Prayer opens us to grace, allowing the Spirit to engender in us love that recognizes the image of God in each face.

The same Spirit who inspired Jesus will lead us to see the alternatives that can transform the divisions between rich and poor, male and female, neighbor and stranger. Even if, like the steward and the prodigal son, it's our own need that moves us toward our neighbors, solidarity with them puts us all on the road toward the kingdom.

Your story and mine

Do not be served, instead be at service