The ultimate profession of faith

Stephen is remembered and celebrated by the church as its proto-martyr. Like him, Thomas More (1478-1535) was canonized a saint for his courage to speak out and resist the powers of his day. For Stephen, it was the Jewish authorities; for More, it was King Henry VIII, whose oath of supremacy More refused to sign. 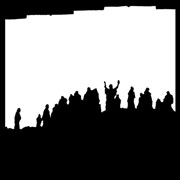 Stephen was stoned to death. More was beheaded. More's last words were: "I die the king's good servant but God's first."

Earlier in his life, when it appeared that his resistance to Henry would certainly lead to his demise, More had reflected on this challenge to conscience. In his play made into a 1966 film, "A Man for All Seasons," Robert Bolt has More say, "When a man takes an oath … he's holding his own self in his own hands. Like water. And if he opens his fingers then -- he needn't hope to find himself again."

More understood that he could not obey Henry and remain true to God. So he willingly "poured out" between his fingers what was left of his life in order to remain faithful to God, his beloved.

Stephen also was sure that he had to speak out against the Jewish element that throughout history had rejected Moses and the prophets, and now rejected God's ultimate overture of love in the person and mission of Jesus. Stephen knew he was letting his life, like water cupped up, slip between his fingers. Nevertheless, he was willing to let go, as More was, and as Jesus did before them. In fact, Luke purposely constructed his narrative of Stephen's trial and unjust death to reflect the trial and passion of Jesus.

In so doing, Luke was offering a challenge to all who believe: Did they believe so fully, deeply and truly that they would pay the ultimate price for their discipleship? Jesus set the pattern for the self-gift that is martyrdom. Stephen followed, as did so many others through the history of the church.

Far from weakening the church or decimating its numbers, the witness offered by the dying martyrs fueled the fire of the faith, and the church grew, leading Tertullian to declare, "The blood of the martyrs is the seed of the church" (Apologeticus, A.D. 197).

In today's second reading, John the Seer offers a glimpse into the journey's end of these martyrs. This is part of the seer's vision of the new and heavenly Jerusalem, where there would be no more death or mourning, crying out or pain (Revelation 21:4), and where the One who sat on the throne and the Lamb ruled in peace and glory over God's servants and gave to everyone recompense according to their deeds.

The voice that spoke to the seer declared blessed those who had washed their robes, and also said that these had the right to the tree of life and the right to enter the holy, eternal city through its open gates (Revelation 22:14). Those with "washed robes" are those who have appropriated the gift of salvation through the sacramental baptismal waters; or in their own blood, through the martyr's baptism. To these is extended the gift of life-giving water, as well as the invitation, "Come!"

Before Jesus' own would enter eternity, however, they would face many struggles. Conflict from without as well as within the community, increasing threats of hostility from both Jewish and imperial forces, violence from some to whom they reached out with the message of good news -- all these factors would make the lives of those early believers very difficult.

For those reasons, it was no doubt assuring that Jesus had anticipated their struggle and prayed for his disciples. This prayer, unique to the fourth Gospel, has been called Jesus' "high priestly prayer," and in the verses that compose today's Gospel, the Johannine Jesus was praying for you and for me, i.e., for those who would come to believe in Jesus through the word of others.

To appropriate the gifts and graces available to us through Jesus, we are to remember his prayer, and, in faith, allow it to be realized within ourselves. To that end, we pray the words of the seer: "Amen! Come, Lord Jesus!"

Spirituality | The ultimate profession of faith

Fifteenth Sunday in Ordinary Time: The image of God