A voice for the voiceless

Considering the level of respect with which widows are customarily treated in most contemporary cultures, it might be difficult for us to appreciate the difficult lot of widows in the ancient world. Ordinarily, in today's world, a widow is a woman whose husband has died; not having remarried, she is in possession of her husband's estate and inheritance. Even though she may continue to mourn her life partner, she is not legally defenseless, nor has she lost any degree of her social status. 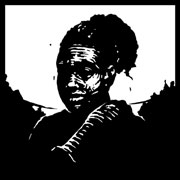 This was not the experience of Hebrew or Greek widows in the ancient Near East. Even the words that defined widowhood then attested to their plight.

In her fine study of this topic, Bonnie Bowman Thurston explains that in Hebrew, the word for widow is almanah, which finds its root in alem, "unable to speak" (The Widows, Fortress Press, 1989). A similar word in Aramaic means "to be in pain."

In Greek, widow is translated chĕra and is derived from the Indo-European root ghé, which means "forsaken" or "left empty."

These definitions point to a dismal existence, one in which the widow's rights "died" along with her husband. To ease her lot, there were prohibitions in the Scriptures against the abuse of widows as well as specific provisions regarding their assistance (Deuteronomy 14:28-29; 16:11, 14; 24:17-24). But unless she remarried or unless an elder son or her brother-in-law took her in, her life and future were tenuous at best.

Despite the short shrift they received from their contemporaries, widows (and their children) were the chosen ones of God. As the sacred authors remind us:

"The father of orphans and the defender of widows is God in his holy dwelling" (Psalm 68:5).

"The Lord protects strangers; the fatherless and the widow God sustains, but the way of the wicked God thwarts" (Psalm 146:9).

"For the Lord your God is the God of gods, the Lord of lords, the great God, mighty and awesome, who has no favorites, accepts no bribes, who executes justice for the orphan and the widow and befriends the alien, feeding and clothing him. So you too must befriend the alien" (Deuteronomy 10:17-19a).

Following the lead and example of God, the Israelites were to distinguish themselves in showing mercy to God's poor ones. For this reason, Elijah (first reading), inspired by God, went to the home of the widow of Zarephath in Sidon. She and her son were not Israelites; nevertheless, they were included in God's universal plan of mercy and salvation.

The death of her son was actually a double tragedy. She had not only lost a beloved child, but she was also losing her "voice" in the world and the one who alone would defend her rights and future. In a sense, the prophet's action on behalf of her son brought two people back to life.

So did Jesus' mercy for the plight of the widow of Naim. When Jesus called upon the young man, "Arise!", those present recognized the power of a prophet and the visitation of God among the people.

Each encounter with the sacred texts leads us to that moment when we are called to think about our own response to what we have experienced. Without that moment and our well-considered response, the proclamation of the sacred word remains incomplete.

We who have heard the message of love for God's voiceless ones are to make a home for that message in our hearts. There, by grace, our hearts and minds can be transformed so that we not only hear the word, but we listen and then let the word inspire and guide our words and actions.

As hearers and listeners, bearers and doers of the word who live together in community, our faith response to God has the power of contagion. With this power, the good news can be enculturated and salvation can be known by all, especially the voiceless.

These are not new ideas. These are God's ideas voiced through the prophets and exemplified in Elijah and in Jesus. These ideas were given a new hearing at the Second Vatican Council and again by Pope Paul VI, who in his 1975 encyclical Evangelii Nuntiandi reminded us that it is our privilege and responsibility to be "bringing the Good News into all the strata of humanity, and through its influence transforming humanity from within and making it new."

Today, we see this mission to the voiceless being embraced by Pope Francis. Let us join him, emulate his example and bring the good news of salvation to all.

Spirituality | A voice for the voiceless

Cecile Richards gets a standing ovation at Georgetown amid protests

Life's trials train Christians to be sensitive to others, pope says

Eucharistic adoration: peaceful, despite the squabble