The way to life

Our Lent starts with stories that take us from the garden to the desert — symbolically as well as geographically. We begin with Adam and Eve in God’s good garden. They, like their descendants after them, brought chaos to this garden. The story tells us that Adam and Eve had everything they needed, including a remarkable relationship with God who liked to stroll around the grounds with them.

Suddenly a wily creature suggests that God hasn’t been perfectly straight with the first couple. Painting God as a petty tyrant, the snake asks why people are not allowed to eat from fruit trees. Eve corrected him saying that there was but one forbidden tree.

“And why would that be?” asks the serpent. “Don’t you get it? That’s where God’s power is hidden! Eat from that tree and you’ll be just like God — beholden to no one!”

So Eve takes a closer look. She decides it’s time to think for herself.

Eve now enters into the first process of discernment. The tree is good for food, so it’s life-giving. The tree is nice to look at — she’s proud to realize that artistic humans can appreciate it in ways the lower creatures can’t. Finally, it’s “desirable for gaining wisdom.” She may not have been sure what that meant, but it sounded good and even sophisticated. So she took it and gave some to her husband who didn’t leave a record of his opinion on the matter.

Adam and Eve got what they sought — but it wasn’t what they were hoping for. Their eyes were opened, and they saw that they were naked. Now it wasn’t as if they hadn’t seen each other before, in fact, throughout their entire lives they had seen one another just exactly as they were: male and female, loving images of God their Creator.

But something changed. Now they were standing together with something to hide — they had started trying to be what they were not, and from then on there would be secrets and disguises. Lack of underwear wasn’t the problem; it was their naked ambition. What got exposed was their attempt to be something they weren’t, and suddenly they had to cover that up. 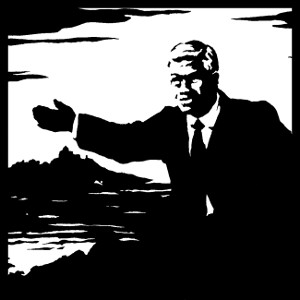 We know that the Genesis myths have been preserved not for any pretense of describing historical or scientific events but because they portray timeless truths. Among other things, this story tells us that rebellion against God’s plan has a long history. The human capacity for creativity and personal growth is susceptible to selfish distortions that bring rivalry with God and one another — and that leads to the lies, murder and mayhem that tragically scar human history.

Whether or not we call it original sin, we know that as the Second Vatican Council teaches, humanity has drifted from our proper relationship to God, as well as from our whole relationship with self, others and all created things (Gaudium et Spes).

Today’s readings lead us from the garden to join Jesus in the desert. Once again, the tempter shows up — this time there’s no snakeskin costume. Now the devil pretends to be a psychologist and Scripture scholar.

As psychologist he twice questions Jesus’ sense of identity: “If you are the Son of God …” But in each case, the end of the sentence suggests a way to betray his vocation as Son of God, the first by consecrating his power to his own well-being by magically creating bread, and the second by demanding that God prove fatherly love on the absurd, fundamentalist terms of stopping his fall from the temple. These feats would have gone far in manipulating public opinion on Jesus’ behalf — even if only to win him fame as a powerful magician.

In response, Jesus quotes Scripture right back at the tempter, thereby refusing to be the devil’s brand of messiah.

In a world where there is bread enough for everyone if only we would share, a world where OSHA regulations make it impossible to get near the edge of a parapet and where emergency rooms must treat every foolhardy showoff, the third temptation might be the most contemporary — the temptation to power. Now the devil tells the truth. Getting the power of the kingdoms of the world demands turning one’s back on God and the human vocation to love.

Pope Francis has described the devil’s kingdoms as the places where “everything comes under the laws of competition … where the powerful feed upon the powerless” (Evangelii Gaudium). But Jesus offers an unequivocal “no” to idolatry of power and to the spiritual sloth that asks for miracles and refuses personal responsibility. He declines the devil’s invitation to a life dedicated to self-service. Jesus’ entire ministry is summed up in the yes to his vocation as Son that is implied in his rejection of the tempter’s enticements.

Spirituality | The way to life

Christmas is about celebrating the humanity of God

God does not lead us into temptation, Satan does, pope says