Dutch theologian and Scripture scholar Henri Nouwen first encountered Rembrandt van Rijn's "The Return of the Prodigal Son" on a poster on the door of an office at the L'Arche community in France. That encounter prompted Nouwen to go to the Hermitage Museum in St. Petersburg, Russia, in order to see the original. 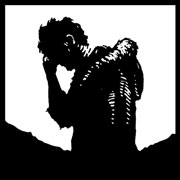 There, he received permission from the curators of the museum to be alone with the painting. Nouwen spent hours in prayerful contemplation, the result of which was his fine book The Return of the Prodigal Son (Doubleday, 1992).

Hoping to know a similarly prayerful experience, I visited the Hermitage a few years ago and sought out Rembrandt's painting. I don't know if the painting has been moved since Nouwen sat before it, but it hangs now in a stairwell, and there is no chance of stopping before it to take it all in. With the thousands of visitors that crowd their way through the Hermitage, one can hardly get a good glimpse, let alone pause for quiet contemplation.

To make the best of my visit, I went up and down that stairwell, pushed along by the crowd until I lost energy to continue. With each glimpse of the painting, I longed for more.

At first, I went away from that encounter frustrated and disappointed. Only later and gradually did I realize what Rembrandt and Nouwen were communicating, each in his own way -- and how my own experience fit in with their insights.

God, the forgiving and merciful Father, is there, ever-present, ever-welcoming each and all of us. As we go up and down through all the "staircases" of life, and as we go from perigee to apogee, God remains constant, our center, our focus, our home where we shall always find a welcome.

Throughout their long history, the people of Israel knew well the experience of coming home to God. From the time they were called to follow Moses into the desert and then onward to the land promised them by God, a sense of homecoming urged them on. When they sinned and turned their backs on their Creator and Redeemer, God did not relent. Time and time again, God's mercy brought them home to healing and forgiveness.

As is reported in today's first reading from Joshua, God's mercy was celebrated each year on the feast of Passover. They remembered the story of their beginnings and praised the God who never ceased calling them home.

This truth is reflected all throughout the sacred texts and especially in those chosen for Lent. During this season of fasting, prayer, penance and special attentiveness to the poor, we are shown mercy as we remember the extent of God's love revealed to us in Jesus.

Paul tells us in his Corinthian correspondence (second reading) that through Christ, we and all the world are reconciled to God. All has been made right; all has been made new.

Moreover, those who are blessed with such a gift are thereby charged by God with the ministry of reconciliation: "Forgive us our trespasses as we forgive those who trespass against us." This is indeed the season for making things right with family, friends and all others.

Turning again to the uniquely Lucan parable of the prodigal son, we might sense an invitation to find ourselves in the text. With whom do you identify at this time in your life?

Are you the wayward son, whose dreams of a good, happy and wealthy life evaporated in a pigsty in a foreign land? Now returned home in shame and sorrow, he is disheveled, kneeling before his father. He knows he has dishonored his father and himself. He knows he does not deserve it, but he relies on the goodness of his father and surrenders himself to his love and mercy.

Or perhaps you see yourself in the dutiful but resentful elder son? His anger makes him bitter; he refuses to rejoice or share in the celebration because he doesn't understand his father's love.

Do any of us see ourselves in the father? Any parent can sympathize with this generous man whose child's actions have hurt him. We can sympathize -- but can we be as welcoming and forgiving? This is the challenge put before each of us today and every day.

St. Joseph Sr. Sue Mosteller, a companion and fellow community member of Nouwen at Daybreak (L'Arche community) in Richmond Hill, Ontario, once told him, "Whether you are the younger son or the elder son, you have to realize that you are called to become the father."

And so are we all.

Understand what you do