Who are we to judge? 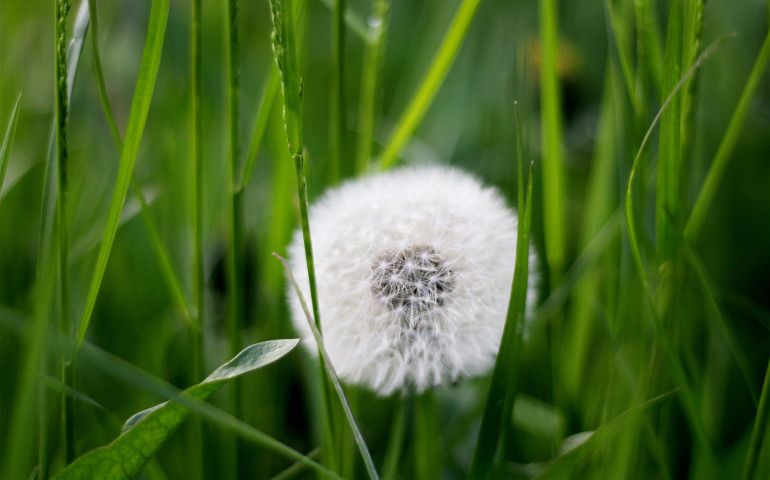 Were there weeds in the Garden of Eden? The day I heard that there is such a thing as dandelion wine I started to question the either/or classification of plants as good or weed. Who are we to judge?

That’s the question we start with in today’s Gospel. A landowner’s servants notify him that his crops have been corrupted. Somebody has sown alien seed in the field reserved for wheat. The servants are quick to offer to cleanse the land of the intrusion, but the landowner has a different point of view. He’s not ready to make a final determination about the worth of everything growing out there. There may be some surprises, and harvest time will tell the final tale.

There’s no doubt that the landowner sees his servants as too precipitous in their eagerness to fix the field. One question here might be, “Just what is a weed?” Wikipedia defines a weed as “a plant considered undesirable in a particular situation.” Of course, the next question must be “What is undesirable to whom?” The servants saw the weeds as undesirable. The owner saw the servants’ presumed horticultural infallibility as undesirable. What needs to be eliminated here?

When Jesus interpreted the parable of the weeds, he talked about the world with good and evil people, and he specified that the task of weeding questionable people out of the community was not part of the disciples’ job description. As the landowner, he mandated that there was to be no weeding. The sifting would happen at harvest. Until then, everything would have its chance to grow.

People who would be quick to weed think they understand just how things should be. The “weeds” upset what they perceive as the divinely sanctioned order of the world: a well-cleared field with one (meticulously organic) crop. These people are caricatures like the stereotypical Pharisees of Jesus’ time or the self-defined religious perfectionists of any age. They interpret precisely how strict rules apply to each situation and strive to maintain themselves in pure virtue. They know that contact with anyone or anything “unclean” diminishes their holiness. 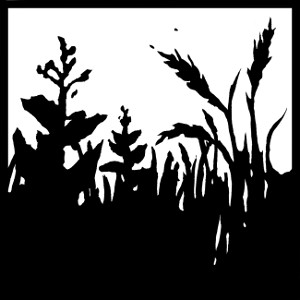 Jesus was anathema to this sort of person. Jesus touched the unclean, ate with sinners, worked on the Sabbath, and generally seemed to relish activities that were the symbolic equivalent of blowing dandelion seeds over every manicured lawn he came near.

When Jesus told the story of a landowner whose pristine field had been sullied, he may have been talking a bit tongue in cheek, nudging his listeners to ask what makes the difference between produce and weeds. Adding to the humor he used to make his point, he followed the weed story with one of sowing a mustard seed in a field. He painted a wonderfully comic scene as he described a planter setting out into a field armed with a first-century shovel and one tiny mustard seed. Add to that the fact that his audience knew that mustard was a pernicious plant that tended to take over everything around it.

When Jesus says that the kingdom of heaven is like a mustard seed, he may well be saying that it’s something growing prodigiously, much to the chagrin of many who see it. In that case, the mustard seed story refers to the tale of the weed-infested field and underlines the idea that it’s not always so easy to know who or what should be uprooted.

When we listen to this Gospel in the summer, we’re challenged to ask what it calls us to think, say and do. Obviously, one of the first things the seed parables call for is a reassessment of whom we can call evildoers and who should take it upon themselves to uproot, excommunicate or shun them. As there has been so much talk in countries around the world about aliens, we need to have some serious discussions among people of faith about what is truly alien to the kingdom of heaven.

With the parable of the mustard seed, Jesus talked about planting a fast-growing weed as a symbol of his ministry. That takes us right back to the first question: Who gets to judge what is weed and what is worthy? Frustrating as it may be, Jesus is not giving us the answers. One can imagine Jesus saying, “Let it grow together until the harvest, then I’ll send some angels to evaluate the situation.”

Jesus is not giving us the answers — perhaps we would find them too hard to accept. In regard to weeds in the Garden of Eden, my guess is that everything had its own appeal. Diversity? Yes. Weeds? Isn’t that just another name for the main ingredient of dandelion wine?

Spirituality | Who are we to judge?

To heal the Earth, we must begin by sowing seeds of life

Faith, a relationship with God, is not something easy