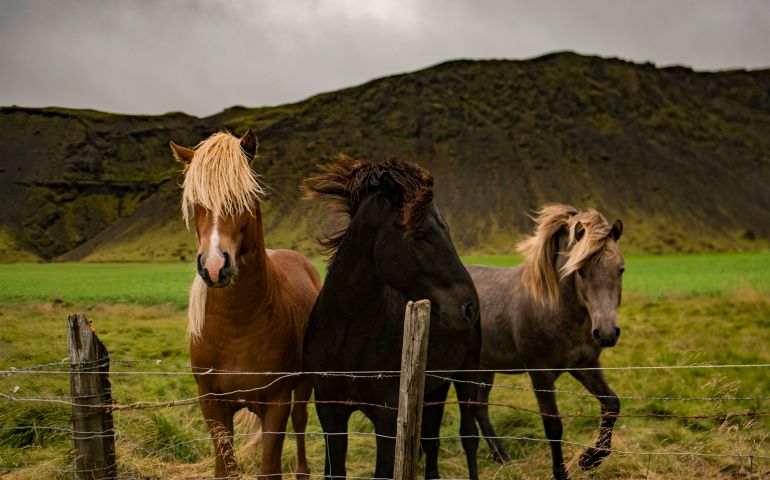 There are many kinds of wilderness.

We often think of them as natural places, like the desert or the bottom of the sea or the mountain peak on the other side of the last mountain peak. They might also be internal wild places, ones that turn you inside yourself, like after saying something you wish you hadn't.

They can also be personal, like when your wild mushroom-hunting husband gets lost in the forest at dusk and you realize his cellphone is in your pocket. Or they can be public, like when an election goes a way you never imagined and all your election night guests leave without saying goodbye and take their unopened champagne bottles with them.

Wilderness is a layered matter. On the top of the sea, things can look tranquil, but the animals below are hardly so. Few of us want to swim near sharks. In the desert, all the sand can look the same, but below and above it things are happening that give great meaning to the interconnectedness of wind, sky, water and oasis. A mountain peak can look like nothing is growing on it — and yet some animals know just how to live in that nothing.

Mental and spiritual wilderness has the same density, where what you see is just all that you can see. You know more is going on, like my friend's 84-year-old mother, who started speaking Spanish when she was delirious. She only spoke kitchen Spanish at home, said my friend, but in her delirium she spoke a beautiful Spanish. She harvested from a part of her brain knowledge that no one knew was there.

In the matryoshka, or Russian nesting doll, smaller dolls stack inside one another. Its name comes from a Russian word meaning "little matron," the dolls are often intricately painted. They are everywhere in my grandchildren's toy boxes, with at least one piece always missing — often far from each other, in different toy boxes, orphaned and alone.

When together, the dolls have a cohesion of the adult with the child. They represent order, the kind we can make without much trouble. They amuse us with the ease with which they fit together.

Wilderness represents disorder, the kind that we cannot tame without a lot of trouble. How do you find your way back to the car without your cellphone? What is the way home? How dark will it get before we get there? Will we ever find the missing piece and make the toy whole again?

Wild internal places have a lot missing. You often can only see the top, while knowing there is a lot underneath and inside.

In the Russian dolls, our largest cohesion melts to one piece from its origin in our smallest and most original self. In the wilderness, our Russian dolls are scattered all over the table. One half of the American population is lost to the other half. We don't fit or nest together anymore. We feel like we have lost a piece or two, or that someone is putting our puzzle together using two different dolls. They dolls trick us into thinking they are the same or that they fit together. We try and try but they don't "work." We wonder about why we didn't take better care of the pieces or Earth or each other in the first place.

The social psychologist Erik Erikson wrote biographies of Martin Luther and Mahatma Gandhi, and argued that each leader is remembered because of his relationship with the times. He also said that identity was a sense of consistency over time, like dolls that get incrementally bigger and live together on a shelf. To Erikson, the leaders embodied the conflicts of their moments, and incarnated themselves in the disturbances of their days. They represented the rivalries of the past with an emerging future.

Wilderness may teach us to appreciate density and difference. It may show us how to respect what we can't fully see. It may also remind us that we don't see all there is to see. That could help, both the wilderness and us.