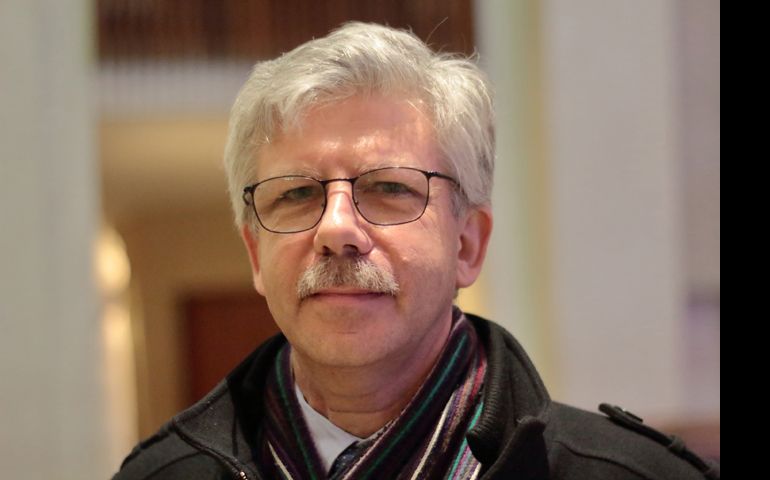 Montreal — Climate change and emergency situations are linked, but global emergencies also can be caused by people, said two leaders of Caritas Internationalis, the umbrella organization for Catholic charitable organizations.

Emergencies are on the rise in the world, said Michel Roy, general secretary of Caritas Internationalis, who visited Montreal for a three-day meeting of American members of Caritas, including the United States' Catholic Relief Services and Canada's Development and Peace. He also met with officials from the Global Affairs Ministry in Ottawa, Ontario.

"In the Philippines, there's an average of 20 typhoons each year," Roy said. "Floods and droughts increase. This will be the source of important migrations in years to come."

"When I was growing up, I do not recall floods. But now, even a rain that is not heavy can pose a threat of flood. When I was growing up, the typhoon signals reach only level 3. Now it is up to level 5. The winds are getting stronger. But the days are getting dryer. You have now long periods without rain. But when it rains, the whole day of rain can give the amount of water equivalent of one month of rain," he said.

But these phenomenon are caused in part by human activity, the cardinal added.

"In Asia, we see a distorted idea of development progress. It could be one of the causes. Because land is disappearing. There is no more soil to absorb water. Available land becomes concrete, becomes cement. Rivers are given new routes, are derailed, become narrow," he said.

"We understand that a country must develop. But we must ask: What type of development do we need? This is where ecological justice enters. There are types of development that harm the environment, said Cardinal Tagle. The environment nature is being forced to follow what human beings dictate. But in the end, nature is not developed. The poor are the first victims of ecological disasters."

The migrant crisis is mobilizing national Caritas members in Europe and in the Middle East, but this is not something new, as millions of people had to flee during both World Wars, added Tagle. However, he pointed to a greater array of causes, including ethnic conflicts and climate change.

"What hurt me when I visited the camps, it is that these are not just people running away from war destroying their lives and their properties. They are also being smuggled. So they are running away from war, but every step for them to reach a country, there are so many traffickers that they must pay. The migration problem has become a business. And this is something that is so shocking."

For Roy, how people welcome strangers "is a test for our humanity."

However, he added, welcoming refugees is not enough.

"We must work so that the reasons they're leaving their homes behind stop. War in Syria and Iraq has to stop. We Westerners have fueled it enough. We must now accept a consequence of this war: welcoming those from there. Those who want to go back must also be able to do it. And that those still there be able to live a normal life.

"We need to get out of this universe of carelessness fueled by this materialistic and consumerist evolution of our societies," Roy said. "We need to re-humanize our society, to make it more welcoming toward those who suffer. This is our mission at Caritas."