Book zeroes in on a particular kind of married priest 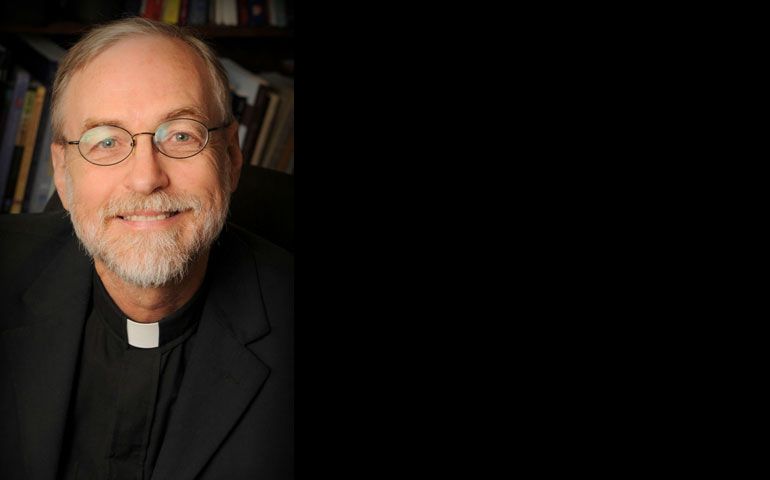 More than 25,000 U.S. Catholic priests have resigned during the past 50 years. Most of them have married. This book is not about them.

D. Paul Sullins, a sociologist teaching at The Catholic University of America, has been a Catholic priest since 2002, following his Episcopal priestly ordination 18 years prior. He has been married for 30 years.

Sullins' book is based on the results of an 18-month study conducted in 2006 and 2007, funded by Archbishop John Myers of Newark, N.J. At the time, Myers was the Congregation for the Doctrine of the Faith's ecclesiastical delegate for the pastoral provision that allows former Episcopal priests to become Catholic priests. The position with the Vatican's doctrinal congregation was first held by Cardinal Bernard Law and is now held by Bishop Kevin Vann of Orange, Calif.

Since 1981, 84 married priests of the Episcopal church in the United States have been ordained as Catholic priests. At Myers' request, Sullins produced a sociological study of the 72 of them. (Twelve died before the study began.)

So, the book is not about the "vow" of celibacy that secular Catholic priests do not take; they simply promise not to marry after ordination. Nor is it about the thousands upon thousands of resigned and married Catholic priests. Nor is it about the many married priests in Eastern Catholic churches. The book expands the study Myers requested and reviews the facts surrounding the conversions and subsequent activities of 72 Episcopalian converts to Catholicism and, in many cases, of their wives.

Simone Weil once wrote that praying in another religious tradition is like writing in a language not your own. Yes, Episcopalians and Catholics are all Christians. Yes, Sullins surely faced the initial examining board of theologians, had theological and spiritual mentors, and passed oral and written examinations. But his study sounds slightly off-key in places.

There are errors on the first page. He quotes without correction the statement that "there are 21 different rites in the Catholic Church, and all of them have many priests that are married." In fact, most scholars count at least 23 different Eastern Catholic churches, three of which mandate celibacy for priests. There are five Eastern "rites": Alexandrian, Antiochian, Armenian, Chaldean and Byzantine. Even cradle Catholics may not know about these, but scholars should.

The outlook in the book distinguishes ways of being Catholic. In his introduction, Sullins tells the story of a "well-educated traditional Catholic Hispanic man." Nowhere does the author define "traditional Catholic," but the results of his study demonstrate that his cohort of 72 convert priests is more "Catholic" than most Catholic priests and laity.

That is, the members of his cohort are stricter about the absolute sinfulness of various sexual digressions, including the use of contraceptives, and positively object to the ordination of women as priests.

In one interesting finding, Sullins reports that an underlying cause for their rejecting the Episcopal church is their perception of the Anglican Communion's authority or lack thereof, which corresponds to their legalistic sense of what it means to be Catholic.

Sullins' overall picture of the 72 study subjects is of rigid and authoritarian men whose wives dutifully followed along and converted when they did. They all seem just the type more conservative elements in the U.S. and Rome would be delighted to sign on as Catholic priests.

Sullins' language betrays his own stance: "like many Vatican II liberals." And his words are sometimes misleading. He writes of "a Church that does not recognize civil divorce, and which bars remarried persons from its central sacrament." (No annulment can proceed prior to civil divorce, and annulled persons are welcome to Communion, remarried or not.)

Even so, the book is the outgrowth of a sociological study that included specific questions about work assignments for and support of married priests. What is useful, especially to bishops who may be considering asking for permission to ordain other married men -- not necessarily priests and ministers of other churches or denominations -- is research into the financial costs of supporting a married priest and his family.

Sullins' study demonstrates there is perhaps a 10 percent or so higher actual cost for a married priest living in a parish-supported rectory and, given that many rectories built for five priests now shelter just one, the question of space to house a wife and children becomes moot.

Where the convert priests can minister is another question. While canon law refuses bishops the ability to appoint a married priest as pastor, some parishes are managed by a married "priest-in-charge," with a nonresident celibate priest assigned as canonical pastor. There are hundreds of open jobs for priests that are not traditional diocesan parochial jobs -- convent, hospital, school and military chaplaincies -- as well as other professional positions that come with salaries and in-kind perquisites sufficient to support a family.

The author, after all, is a tenured university professor. Whatever canonical alleyways bishops might need to traverse in order to approve various priestly assignments seem easy enough to navigate.

The disaster waiting to happen, however, is if the U.S. bishops request permission to ordain more married men as priests and deacons before they address possibilities for the thousands of trained Catholic women who are ready and able to minister.

People | Book zeroes in on a particular kind of married priest

At Notre Dame, Chaput slams its honor of Biden as 'baffling error of judgment'

From competition to compassion, a university president leads the way

Romero speaks in the here and now