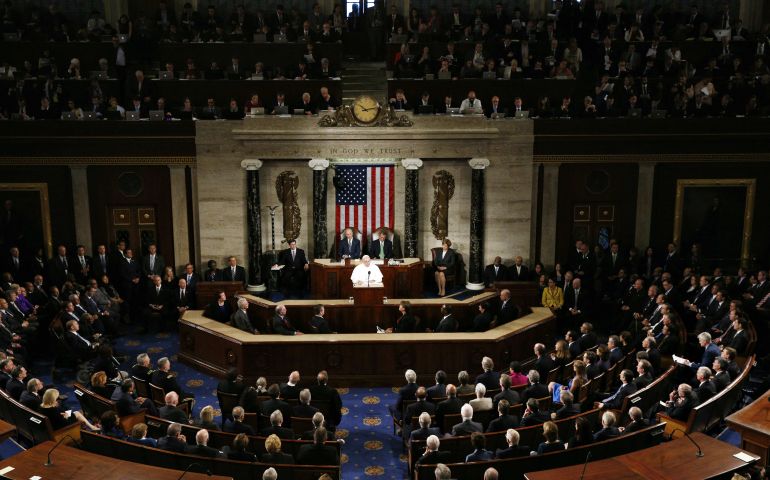 If you re-read Pope Francis' 2015 address to the U.S. Congress with some knowledge of Lynch's convictions, you may wonder if the current pope is one of those few who have read Lynch's work. (CNS/Paul Haring) 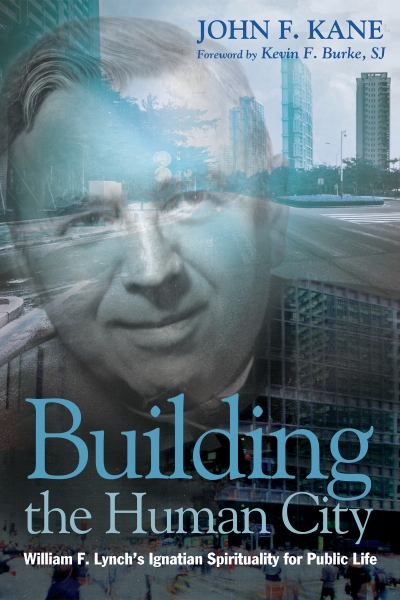 Fr. William Lynch has to be one of the most unjustly neglected of 20th-century American Jesuit scholars, but John Kane has spent a goodly portion of his life preparing to change that. The result is a remarkable book that should have the eminently desirable effect of bringing renewed attention to Lynch's work.

Lynch, longtime editor of Fordham University's flagship journal, Thought, is known for several fairly short books, especially Christ and Apollo: The Dimensions of the Literary Imagination, Images of Hope: Imagination as Healer of the Hopeless and Christ and Prometheus: A New Image of the Secular. Ranging across philosophy, psychology, theology and classical studies, Lynch was widely recognized in his day but never widely read. His books are not easy and few scholars have the same range Lynch had. Of course, by the same token, few readers could finish any one of the books without having learned something new.

Since his death in 1987, Lynch has been pretty much in eclipse. What is so immediately striking about Kane's presentation in Building The Human City is the extraordinary timeliness of Lynch's insights for public life today.

For example, Kane's introductory chapter stresses Lynch's concern to overcome polarizations, to combat the "totalizing sensibility" that he thought affected church and world in his own times. This determination to address the problem of demonizing the adversary runs through all Lynch's work and, as Kane points out, "has recently been seconded by a now more famous Jesuit," Pope Francis himself. If you re-read Francis' address to the U.S. Congress with some knowledge of Lynch's convictions, you may wonder if the current pope is one of those few who have read Lynch's work.

One of Lynch's less well-known works, the 1962 collection of essays The Integrating Mind, explores in depth the dangers of totalizing and, without using the word much if at all, the importance of employing an analogical approach. This extends beyond mere disagreements to more fundamental but illusory separations between art and life or transcendence and immanence or, in some ways, what Lynch considers to be the most serious of separations, between society's intellectual and cultural elites and the great mass of ordinary people.

All such dichotomizing misses the vital importance of connection to real life, to virtues and even hopes and fears that are first and last embodied. Even God is encountered in the secular, as Lynch makes clear in Christ and Prometheus, and Kane is extraordinarily good on exploring the incarnational roots of Ignatian spirituality and sensibility that lie within Lynch's thought. "Finding God in all things" is, of course, finding God in the world.

Lynch's other great theme is the role of imagination, but here again it is a grounded and embodied, not a purely romantic imagination, that he values. The imagination at work in the arts, especially the dramatic arts, is vital to restoring "confidence in the fundamental power of the finite."

The separation Lynch laments between elites and "ordinary people" is not so much a critique of the masses as it is of the failure of the arts to connect to real life. The arts need to conspire with faith and theology, summarizes Kane, in "a new movement towards the definite."

All of this in the end is an argument for the ubiquity of divine grace. God and grace are not absent from the secular or to be injected in it, but to be found there. Finding God in all things implies for Lynch that in exploring and encountering the meaning of all things, their intrinsic and indeed secular meaning, we find God and grace in them. The grace of God is revealed in the beauty of the secular, in all its secular integrity.

Kane's synthetic presentation of Lynch's work makes it clear how important a thinker he was and remains. Of course, Kane's success in this book in a way impedes his objective in writing it. It is so clear and compelling that I wonder how many of his readers will do what Kane hopes they will do, go back to Lynch himself to explore the ideas in greater detail.

In fact, though there is much rich discussion of classical literature that cannot be summarized in Kane's treatment, I am quite positive that the overall intent of Lynch's corpus of writings had to wait for Kane to come along and explain it. Even those of us who have read Lynch at any length will benefit enormously from Kane's explanation of why he remains so important.

[Paul Lakeland is the director of the Center for Catholic Studies at Fairfield University. His latest book, The Wounded Angel: Fiction and the Religious Imagination, will be published by Liturgical Press in the spring of 2017.]