Obedience is not mere blind capitulation to authority 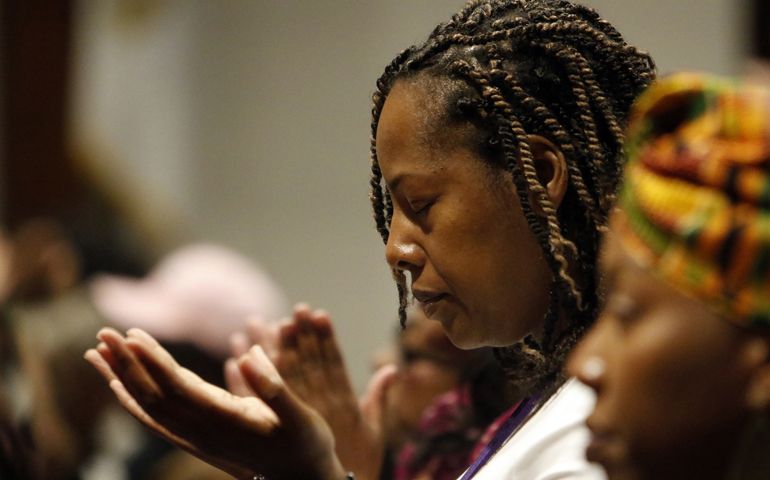 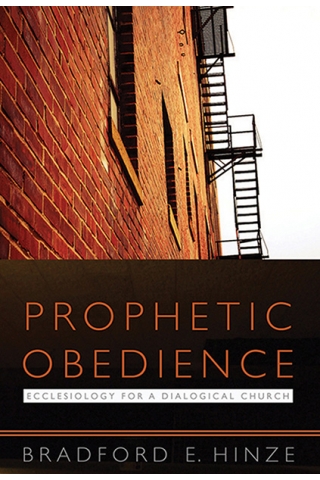 I have to confess, I'm pretty wary of the word obedience. So wary, in fact, that I almost declined to review Bradford Hinze's new theology of the church.

I'm glad I didn't. Prophetic Obedience is precisely the kind of constructive theology that enables post-Vatican II Catholics like me to overcome the binaries that have hindered us since the election of Pope John Paul II: freedom vs. obedience, the horizontal vs. the vertical, the magisterium vs. the sensus fidelium.

Hinze traces these binaries back to Second Vatican Council itself. He explores many of the ways in which the Vatican II vision of the church as the people of God, of all the baptized on the road together, impacted a wide range of ecclesial bodies as well as community organizations after the council. And he shows how a conservative faction of the bishops and the Vatican attempted to replace that vision with a "communion ecclesiology" stressing centralized authority and the magisterium.

The struggle between the people of God and communion ecclesiologies goes back to Pope Paul VI's insertion of an "explanatory note" into the Vatican II Constitution on the Church, Lumen Gentium. The note forbade the college of bishops from ever acting without the approval of the pope. Another devastating blow was the 1983 promulgation of the new Code of Canon Law stipulating that bishops' synods, episcopal conferences, diocesan synods, and parish councils had nothing more than advisory ("consultative") authority.

To remedy this eclipse, the author offers a new ecclesiological vision: prophetic obedience. Prophetic obedience is the fundamental marker of a dialogical church, a church that deepens in its commitment to normative expressions of the apostolic faith — Scriptures, creeds, liturgies and official teachings — as it welcomes the wisdom of all the faithful.

In constructing this new ecclesiology, Hinze expands considerably on previous understandings of both prophecy and obedience. Prophecy is no longer only a word or message received that leads to a corresponding proclamation or witness; it is also the result of heeding, receiving and responding to the voice of the Spirit as expressed by all of God's people and the whole of God's creation.

Fundamental to this understanding of prophecy is the practice of lamentation. Drawing on the book of Psalms, Hinze explains laments as people calling out to God to listen and respond to their pain and suffering. The two driving forces within lamentations, we learn, are the desire to know why particular suffering is occurring and how long it will continue. Jesus came to understand his mission by listening to the laments of the people. And the laments of God's people today form a crucible from which compassion and discernment are forged. Without heeding the voice of the Spirit in the laments of all of God's creation, the church cannot fulfill its prophetic calling. 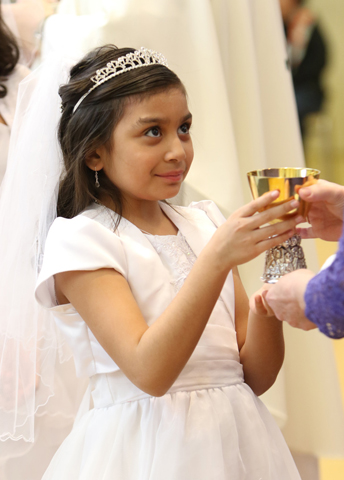 The author also expands the idea of obedience well beyond the notion of blind capitulation to authority that gave me pause when I first read the title of his book. To do so, he revisits the relationship between the three persons of the Trinity, and in particular, the obedience they practice. A standard framework for understanding obedience is Jesus obeying God the Father in the Garden of Gethsemane when he prays, "Not my will but thine be done" (Mark 14:36). Many theologians have configured the entire Trinity around this structure: The Father speaks, the Son responds in pure obedience, and the Spirit is the passive recipient of the interaction.

Hinze, however, expands this understanding of obedience by offering an alternative vision of the Trinity in which all three persons practice obedience, though in distinctive ways. For example, the Spirit, as seen in Genesis, is the active agency of God present in a chaotic world. The Father is obedient to this Spirit when he hears and responds to the groaning of creation. He is likewise obedient to the Son when he hears and responds to Jesus' suffering by raising him from the dead. Drawing on the "polyphony of scripture," Hinze illustrates the obedience of all three persons to one another and draws on this model to present a compelling ecclesiology of prophetic listening and response as the calling of all the people of God. The church can move beyond a paternalistic and hierarchical exercise of authority only by living out this vocation.

Multiple aspects of Prophetic Obedience deserve acknowledgement. One is the way the author weaves repeatedly and effectively throughout his book the theme of the prophetic identity of the people of God and their calling to obey the Spirit in the laments of all creation. Another is Hinze's integration of the post-Vatican II experiences of women, women's religious congregations, and people in ecumenical and interfaith grassroots organizations into his ecclesiology. He does not just theoretically advocate prophetic obedience to the voices of God's people, he enacts it.

Finally, Hinze makes use of a considerable range of extra-theological scholarship, for example, the works of Judith Butler, Michel Foucault and Charles Taylor. Using such material nuances his argument but also risks making the book less accessible to those who would benefit most from it: Catholics in parishes. Given the compelling case Hinze makes for the pivotal role of prophetic obedience in the renewal of the church, we can only hope that somebody creates a parish version of his book very soon.

[Marian Ronan is research professor of Catholic Studies at New York Theological Seminary. In May, the Apocryphile Press will issue her new book, Women of Vision: Sixteen Founders of the International Grail Movement (co-authored with Mary O'Brien). All book reviews can be found at NCRonline.org/books.]

Spirituality | Obedience is not mere blind capitulation to authority

Music, journalism, slang, swagger — the Black prophetic tradition is all around us

At 50th anniversary of Vatican II lectionary, it's time to update texts and translations

Despite Vatican II, my clergy professors weren't 'allowed to say that'