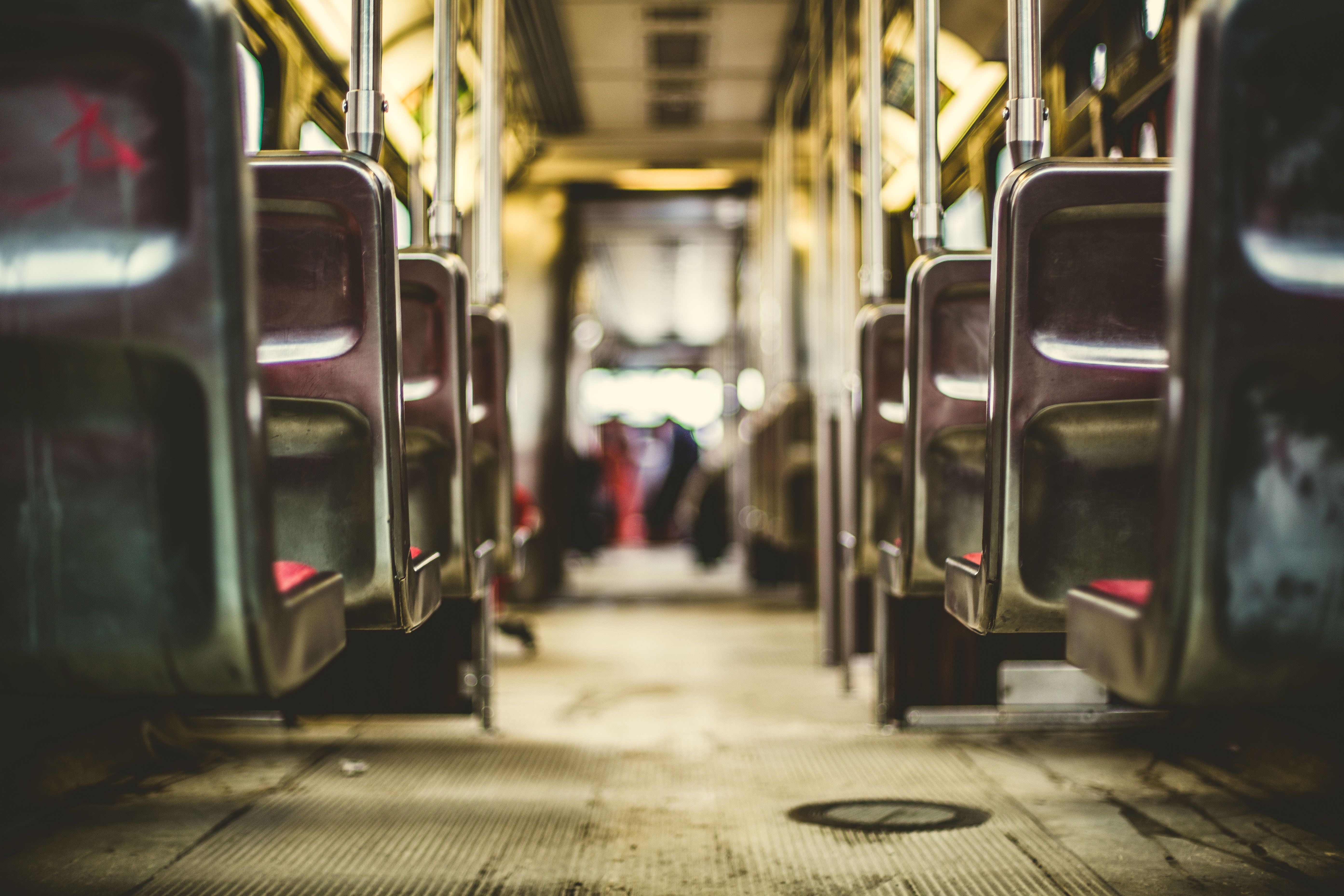 I so want to use public transportation more, but when I do more often it ends up using me.

I am one of those lucky New Yorkers who gets to walk to work regularly. Then one week I stayed in Brooklyn and had to ride the C train. That’s when I realized that taking the subway is often a standing-room-only experience to Manhattan, every day, from 7 a.m. til 10 a.m.

On those congested commutes, I had a lot of time to hang on to a "strap" and think about what was wrong with and for straphangers. I felt not just used but used up, waiting for three trains to go by before I could inch my way onboard.

People are unlikely to use public transit until it is nudged or reimagined to improving itself.

Maybe my musings on public transit stem from good old panic. I dread what will happen if we don’t get out of our cars. The evidence is all there on the impact of vehicles and the transportation sector as a whole on climate change — and yet the public transportation isn’t.

One of my best memories is of a trip I took in the 1970s on the Amtrak piano car from New York to Montreal, and then back home the next day. The jazz pianist joining the bar made for a really good time. You don’t even miss the gorgeous scenery on the night ride because you know you will pass it again the next day. Maybe traveling — by air, surely — is too much of a luxury for climate activists. But traveling could be fun, if improved.

I have a bit of a Henry Ford streak in me, one that tries to use every moment well. Perhaps that is the source of my desire to see public transit’s true efficiency and virtue fully realized.

Simple folk wisdom says you need to make things fun if you want people to do them. You've heard the physical trainers: "Do whatever exercise you enjoy. That’s the one you will repeat." With that in mind, I offer seven nudges to improve public transportation, and to entice us to abandon the lonely commute in a gas-guzzler for a more interesting social environment to get us where we're all going.

The 2009 book Nudge, written by Richard Thaler, recent recipient of the 2017 Nobel Prize in Economics, and Cass Sunstein, described a simple mantra: "If you want to get people to do something, make it easy."

The authors offer examples of what does and doesn't constitute a nudge. "Putting fruit at eye level counts as a nudge. Banning junk food does not," they write. Another example is employers' adopting an automatic enrollment policy for employees into a retirement savings plan, making their decision then whether to opt out or adjust their plan.

To get people out of the absurdity of the car as commute — the one-person-per-vehicle picture that you can get in almost any traffic jam anywhere — we also have to make it easy.

"Around the world, governments and NGOs are working with behavioral scientists to design and test scientifically informed policies that are working," Thaler said during a speech in December in Stockholm when he accepted his Nobel Prize. "People are being helped to save more for retirement, more poor kids — especially girls — are going to school, peasant farmers are retrieving more reliable harvests, and we’re all being successfully nudged to use less energy."

Maybe we are condemned to the car commute. But we won’t really know that until we make public transportation fun and easy.

[Donna Schaper is senior minister at Judson Memorial Church in New York City. Her last book Never Enough Time: A Practical and Spiritual Guide (Rowman & Littlefield) suggests people approach "time famines" by rearranging their priorities and changing the way they think, even if they can’t change their circumstances.]