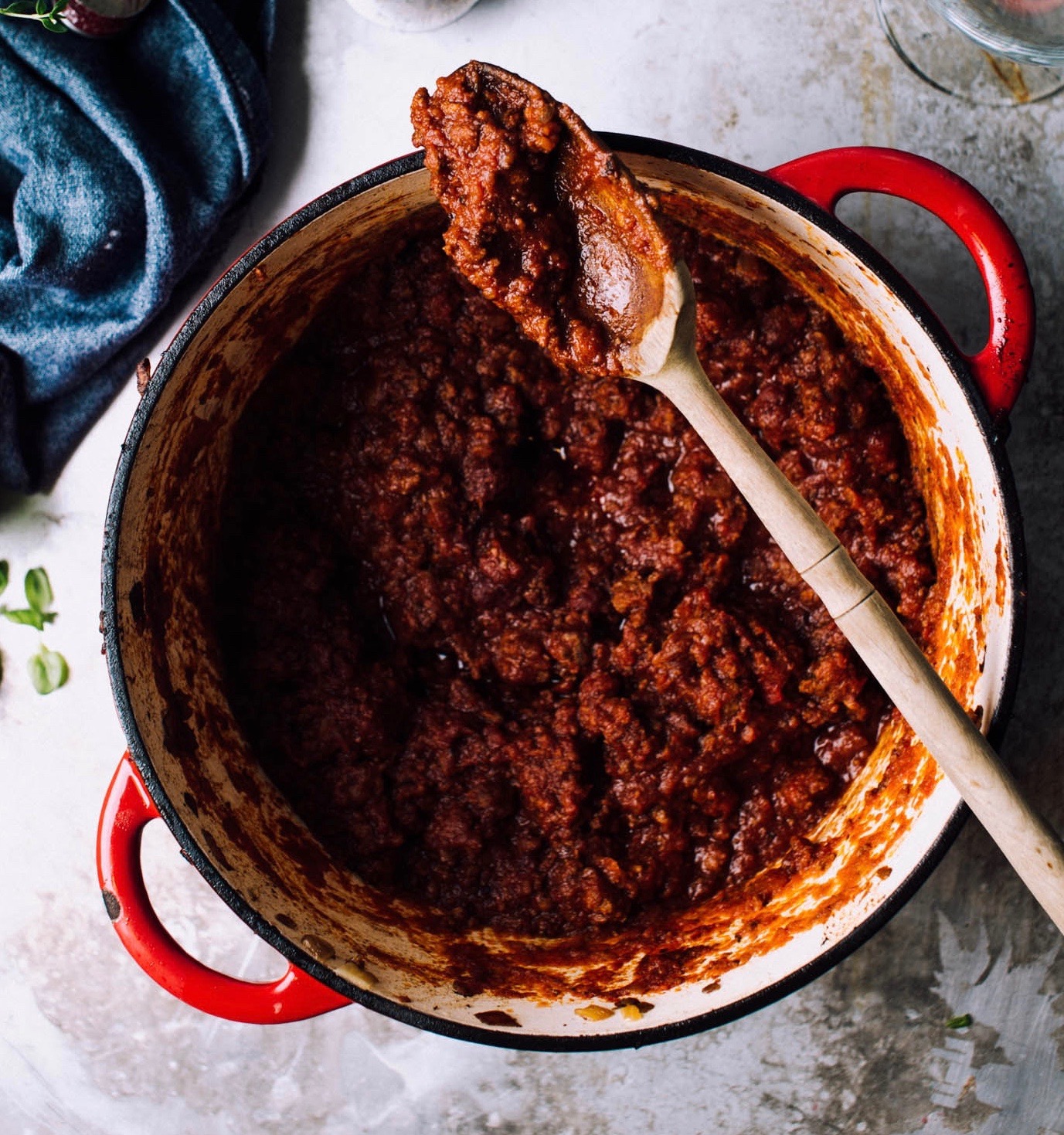 If you believe your own rhetoric (which is a good, not bad word) about climate change, and if you feel a certain helplessness about ameliorating its difficult effects (which many do), you might want to start where you are.

You might want to change the way you eat.

Becoming vegan or vegetarian is the outstanding example. More and more people eat lighter on the planet by eating mostly vegetables or only vegetables or only in a vegan manner. We seldom have "dinner parties" anymore without asking who eats what. "Any dietary preferences?" we ask our guests. That intervention is a large-scale and daily innovation and really does help the planet.

A more timely, if smaller, intervention in our rhetoric and helping our helplessness might involve how we "lunch."

First of all, we are lucky to eat lunch. The word itself implies three meals a day: breakfast, lunch and dinner. My body, like yours perhaps, is accustomed to frequent refueling. I like my three squares a day. I get grumpy without them.

I also say with some frequency, "Let's do lunch," or if not that, I will suggest a "coffee," the latter being like saying "three cups of tea" in my culture of urban work. "Tea," of course, has its own connotations in other cultures. Once we have "tea" together, we often talk and connect.  Lunch means longer exchanges, and more food.

For many throughout history, the biggest meal came in the middle of the day. Lunch often has been a communal time, when your people gathered with you. Your tribe came together. "Let's have lunch" often means let's go out. Let's sit together midday. Let's connect and talk. Lunch is a luxury — of community, of time and of food.

Today, lunch in many urban office situations is at one's desk, alone and fully Styrofoamed or packaged, even brought in. We eat out of bags and we often eat alone.

We used to have 20 or so people in the building and then the immigration crisis happened. We now have 40 people, on average, in the office we share with the New Sanctuary Movement of New York City. It is a small office, with a small kitchen, maybe five connected rooms together, with a connecting hearth through which we walk and where the refrigerators exist. We are lucky to have two bathrooms on the floor.

We are also lucky to have a lot of mice.

Why the mice? Because the mice love what we leave behind after lunch. Most of the 40 people bring their own plastic packaged food, leftovers from home. We call it the "Tupperware" parade. We rarely share and more often than not eat at our desks, unintentionally spilling bite-sized treats for mice. Or should I say mice-sized treats for mice? Crumbs abound.

The other thing that abounds is packaging.

Our individualism is fully serviced by a lot of packaging. If we forget to bring our own lunches, we go out. In Greenwich Village, that going out costs an average of $10 a day, which gets you a drink, a sandwich and excellent packaging. In our village, within three blocks, you can find just about every kind of food you can imagine. Our custodians take care of the packages left behind. And I have already told you what the mice do.

Ravi Ragbir, executive director of the New Sanctuary Movement and an excellent Trinidadian cook, and I, a decent light-fare or new American cuisine type, often joke that we are going to put our well-used crockpots to use and offer a communal lunch. We have three giant crockpots we use to make food on the couple nights a week we have an overflow of immigrant friends in the building, looking for legal and spiritual help.

The few times we have lunched by crockpot have resulted in a kind of anti-mice, pro-human, pro-planet bliss. The crockpot lunch is an invention and intervention in climate change and helplessness, as well as in frugality, communal engagement, anti-desk sitting and anti-individualism.

In one crockpot we put vegan broths, a few beans, some good spices and herbs. In another, we place rice, enough for 20 or so, because we know not everyone will be there or want to eat what is in the pots. We bought 40 beautiful soup bowls, to ensure we have enough, and added to the spoon supply. We even have people who do the dishes, often by the time the office closes at 8 or 9 in the evening.

A jar sits next to the delicious soup and the delicious rice. Three dollars is the suggested fee for a crockpot lunch. Sometimes the jar fills to $60, so happy people were to have an alternative. Other times it would fill to $10.

One of the more active groups in our building is the Muslim Community Network. Every Wednesday they set up a table at 11:30 a.m. and offer a "free lunch" to a couple hundred people.  It is even better than what we cook in the crockpot, especially their desserts.

This crockpot has proven a useful intervention to the alternative of hot dogs, hamburgers, knishes, arepas, burritos, baos, strombolis, gyros, bagels and other sandwiches bought at local eateries. It showed how we might start where we are and eat differently.

For one, it was much less expensive. It was also a lot more fun — as people competed with each other for the Afghan version of the bowl against the Mexican version. People took turns cooking from their country. It assuaged our helplessness. And it ever so slightly helped the planet, and showed how much more we would like to help the planet.

Plus, the mice hated it, while the custodians worried for their jobs All the while, the planet smiled.