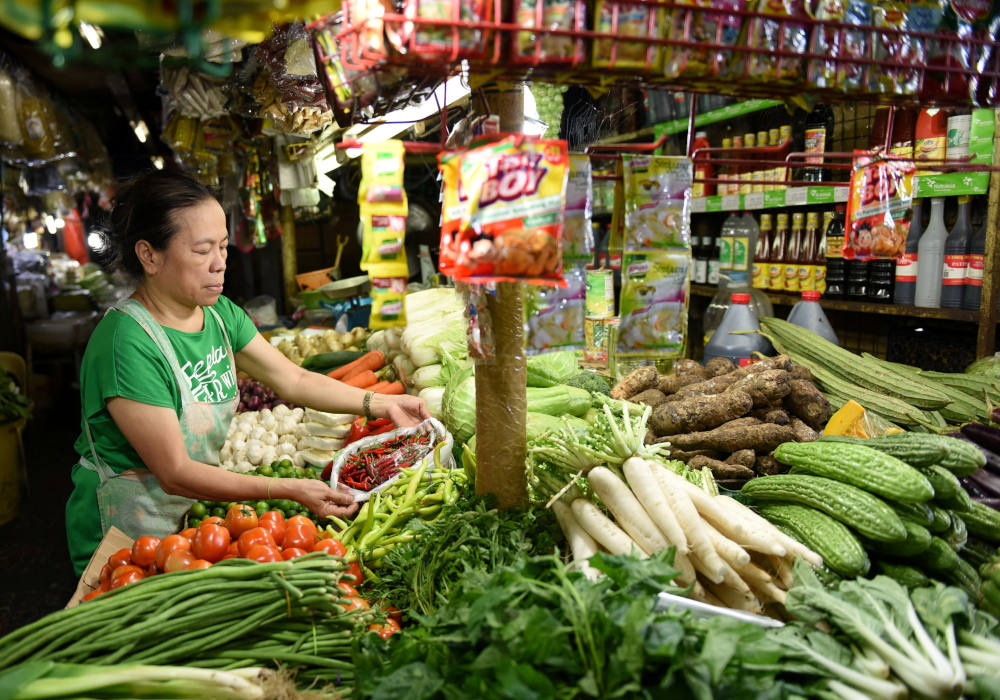 A vendor arranges her vegetables at a market in Manila, Philippines, in this 2018 file photo. A Philippine Catholic foundation will partner with the country's agriculture department to grow vegetables to feed the nation's poor communities. (CNS photo/Dondi Tawatao, Reuters)

A Catholic foundation is partnering with the Philippine Agriculture Department to produce vegetables that will feed the nation's poor communities.

The Care of God Foundation, which is dedicated to curbing hunger in the Philippines, hopes to plant the seeds on church land, reported ucanews.com. The agriculture department made the announcement Oct. 16, World Food Day.

"The Catholic Church owns vast tracts of land that are, sad to say, lying idle. We are hoping to make use of them by planting vegetables that we can give to poor communities," Dennis Salvador, the foundation's spokesman, told ucanews.com Oct. 17.

The agriculture department allocated more than 30 varieties of vegetables to be planted in the Bicol region, southern Luzon, and Western Visayas, where a high incidence of malnutrition among children ages 12 months to 23 months is reported.

Salvador told ucanews.com that members of the foundation would be approaching the parish priests to lease church-owned land.

"We are ready to formalize the engagement by signing a contract of lease. The Catholic Church would still own the lands. We will just borrow and use them for the humanitarian project," Salvador explained.

He said the foundation was also ready to shoulder any reasonable expenses.

"Yes, we are willing to pay if there are any rents. We don't want the Catholic Church to give or donate its land for the project. We'd like to build good relations with them," Abigail Alba, the foundation's secretary, told ucanews.com.

In 2019, the Presidential Commission for the Urban Poor issued an appeal to the Catholic Church to let its land be used for humanitarian purposes as "an act of Christianity and act of Christ in serving those who are less fortunate and neglected."

A 2021 World Bank report said: "Micronutrient undernutrition is highly prevalent in the Philippines: 38% among infants 6 to 11 months old; 26% among children 12–23 months; and 20% of pregnant women are anemic."