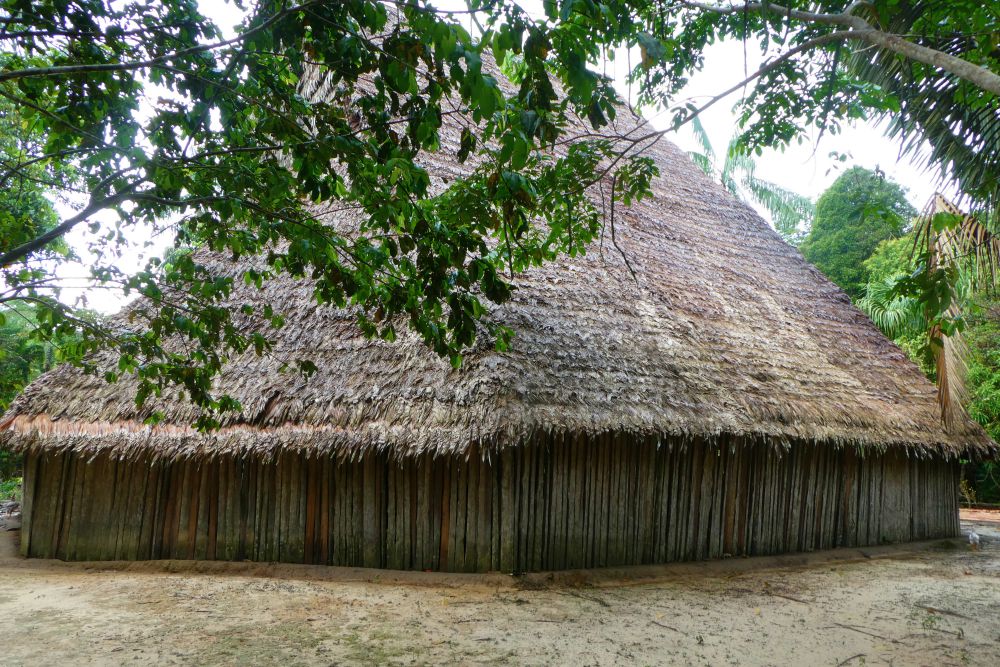 Several families live in this maloca, or traditional family home, in an area outside San José del Guaviare in the Colombian Amazon. (Mary Jo McConahay)

We are three hours' hike from the nearest road where a hired car dropped the three of us — a Peruvian native guide, a longtime friend and me. We are walking through the jungle still soaked from a hard rain despite high rubber boots and industrial strength rubber ponchos.

The forest opens, and gray light breaks upon a chacra, a plot of planted land that signals someone is living nearby. I see a plant with its giant pineapple; mint, basil, yucca, coca plants; a yellow bloom called flower of the dead (for skin infections), a spray of palm-like leaves low to the ground called limonata (for colds and flu) and many I don't recognize. 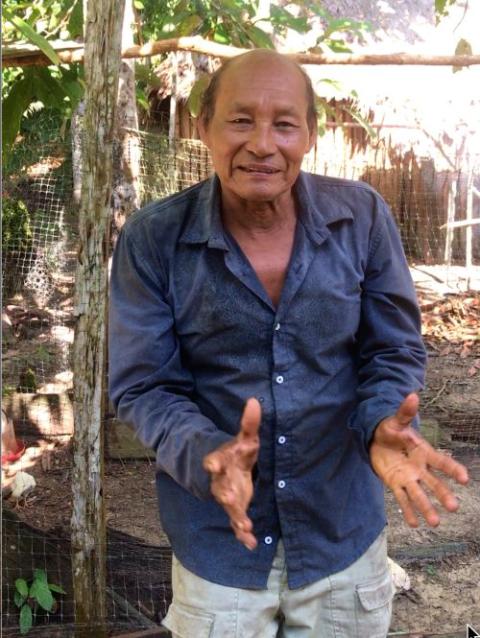 Whoever this family is, they have much of what they need to supplement the animals they hunt and the rice they buy. Many families in the region earn money through the sale of handicrafts they make — bead necklaces or bark paper with designs in soft rose, tinted with juice from a jungle fruit.

Within a few dozen paces we come upon a thatched house with a magnificent conical roof, three stories high at its peak, made of palm leaves. Inside, the chief of this maloca, as the traditional house is called, rises from the packed dirt floor lined with the palm leaves he is weaving in long, green strips for roof repair.

"Welcome. Go change those wet clothes," says Huitoto tribe elder, Warrior of the Jungle, baptized William and now 74 years old. He is slim, dressed in cotton pants and shirt that look like work clothes, wearing sandals, with a smiling face but authoritative air.

Two hearths burn on the floor in the outer circle on opposite sides of the house, which is 60 paces across in every direction. Over one fire, William's wife, Isabel, of the Mura tribe, is smoking fish; at the other, their daughter Bianca is stirring a pot of chocolate for her 7-year old son, Axel. Light slants through from thin spaces in the walls of sticks and wooden boards. There is no electricity.

Over the next two days I will see that this is a contemporary Catholic indigenous Amazonian family that nevertheless keeps to traditional customs — just the kind of family, along with economically poor non-natives — that the Amazonian synod in Rome wants to reach and serve. Among the traditions maintained by the family: the four sturdy columns that square the center of the house and honor the jungle, the animals, the water and the universe.

"We are indigenous people, but we are of a new generation," William tells me. "The world has changed a lot. The new indigenous have technology. Children are born with a more forward-looking mentality. Why? Because the world is turning very fast."

The faster it turns, it seems, the more indigenous like William insist on maintaining important elements in the way of life of their forebears. A wooden trough and a heavy angular beater stand ready to smash yucca. Strainers and graters braided of fiber made from forest plants, used to prepare food, hang from a rafter. A conical tube of gleaming wood and a pole stuck in the top is there to pound roasted coca leaves into powder. William has a permit to grow the plants I saw in the chacra for traditional use.

William's family lives within a few hours' hike and ride from the town of Leticia, so they have access to Mass and the sacraments. That is not the case for many Catholics in the region.

"There are remote places where it is difficult to reach," said Fr. Yilmer Jollman, pastor of Our Lady of Peace Cathedral in the center of Leticia, Colombia. As a result, some places go for extended periods without seeing a priest. 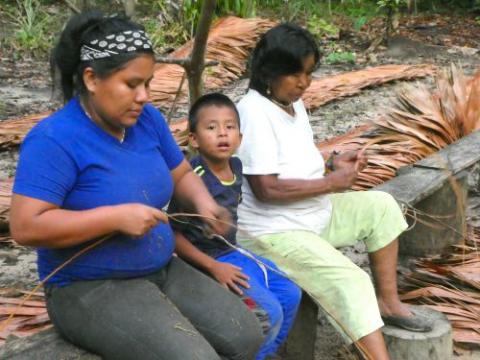 Seven year-old Axel with his mother, Bianca, left, and grandmother, Isabel, right outside their home in the Amazon (Mary Jo McConahay)

In the immediate region where Jollman works, however, he said the indigenous do not bring up the idea of married men becoming priests. "In the realities of this vicariate, the communities ask for accompaniment, but not ordinations."

Luis Torres, 26, a Ticuna Indian layman who administers the vicariate's social pastoral office, said women are extremely active as teachers of the faith as well as in other roles. I asked him: Should women be ordained deacons? "Women are decisive and included" in the work of the Amazon church, he said. That they be ordained is "correct."

William and Isabel, it turns out, have not heard about the synod. That night as the others sleep, I listen from a wooden bench while William sits in a chair carved from a single piece of a tree trunk and speaks before a thin flame in a raised bowl. He talks in a slow, whisper-like voice about the living forest, the connections among men, animals, the elements.

"Materialism," he says, is destroying the Amazon, violating the "work of the Creator." He added: "The trees are living beings. That is why they were created. God maintains life. Our lives. God maintains the trees."

While speaking, he dips a finger into a container of a carefully-prepared mix of the coca powder, ash, and dry yarumo leaves that he rubs inside his mouth. Along with tobacco, which he also keeps before him in another small container, these are substances that the Huitoto believe inspire speech and give strength.

Later, as I lay in my hammock in the darkness, I felt how the big house is what the indigenous say it is, a recreation of the world, with contemplation of the sacred at its center, where William spoke. Despite the occasional crystalline call of oropéndola birds and the croaking of nearby frogs, the maloca was at this moment a world of total silence, a gift that might be possible only in such a place, a standing rainforest. 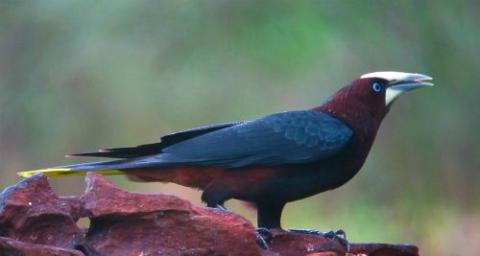 I thought again about William's answer to my question earlier in the evening, about whether his Catholic faith contradicted his indigenous beliefs.

"When one is baptized in the Catholic religion, one is Catholic," he said. "We do speak of the Earth, of nature — but we don't have any problem [with being Catholic], because everything is the same universe. All is complete. The jungle, the trees, all are created by God. And our Lord Jesus Christ came down to Earth to save us from our sins. That's the way it is."

[Mary Jo McConahay is a longtime contributor to NCR and a prize-winning author, documentary filmmaker and freelance journalist who has reported from two dozen countries over 30 years. Her latest book is The Tango War, The Struggle for the Hearts, Minds and Riches of Latin America during World War II (St. Martin's Press).]

Related: Catholics in the Amazon await the synod's decisions
This story appears in the Synod for the Amazon feature series. View the full series.