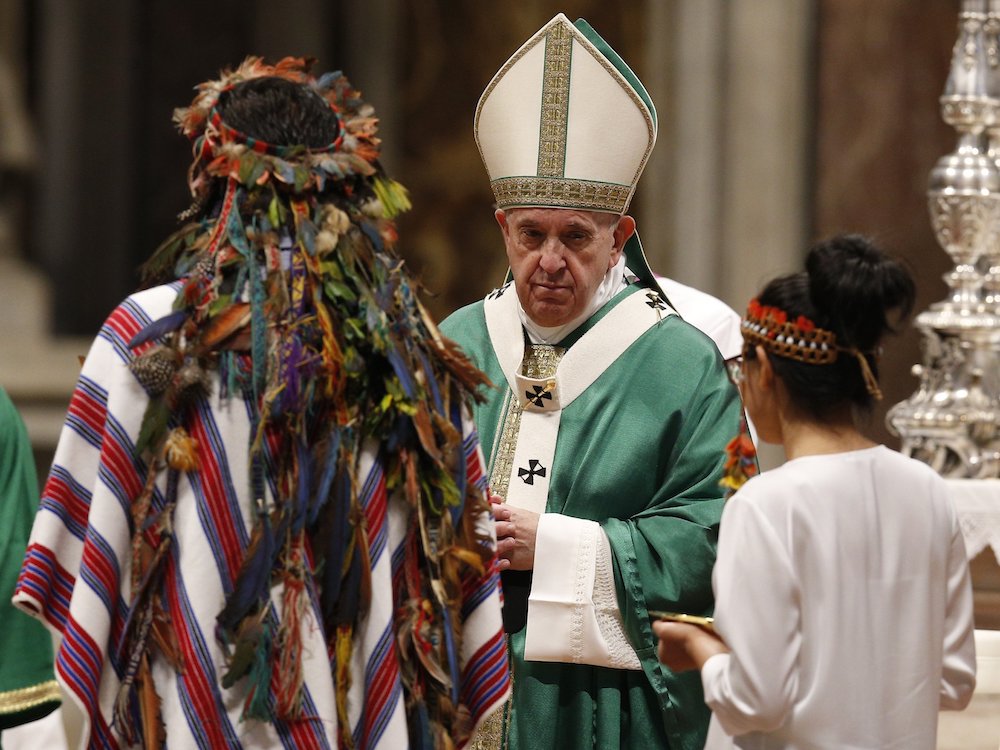 Pope Francis accepts offertory gifts from Indigenous people as he celebrates the concluding Mass of the Synod of Bishops for the Amazon at the Vatican on Oct. 27, 2019. (CNS photo/Paul Haring)

Nearly two years after the conclusion of the Synod of Bishops for the Amazon, the Catholic Church in the region must implement the recommendations made, said Brazilian Cardinal Claudio Hummes, president of the Ecclesial Conference of the Amazon.

Despite the challenges posed by the pandemic, there have been many interviews, documents and meetings "to reflect and discern about 'what we should do,'" the cardinal said in a statement published July 22 in L'Osservatore Romano, the Vatican newspaper.

"That is very important; however, it is not enough," he said. "Instead of asking ourselves only what we should do, how to do it, when will we do it, let us see and promote what we are doing and what we did yesterday."

Hummes served as relator general at the 2019 synod, which reflected on "Amazonia: New paths for the church and for an integral ecology." 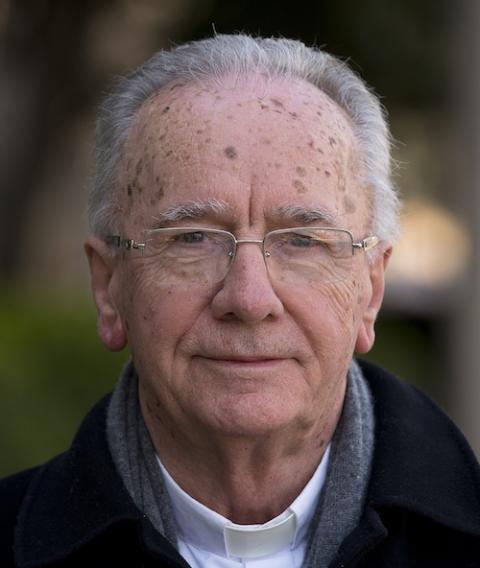 Brazilian Cardinal Claudio Hummes, seen in this file photo, is president of the Ecclesial Conference of the Amazon. (CNS photo/Tyler Orsburn)

In February 2020, the Vatican released Pope Francis' apostolic exhortation "Querida Amazonia" (Beloved Amazonia), in which he highlighted the issues affecting the poor and Indigenous communities in the region, including deforestation, drug trafficking, pollution and contamination caused by mining industries.

In his letter, Hummes reiterated those issues and their consequences, particularly for Indigenous communities, such as alcoholism, violence against women, sex trafficking and "the loss of culture and original identity — language, spiritual practices and customs — and all the poor conditions to which the people of the Amazon are condemned."

He also acknowledged the pope's call for an increase in permanent deacons to address the lack of priests in the region and how that particularly impacts remote communities.

In his exhortation, the pope said that while priests are needed, "this does not mean that permanent deacons — of whom there should be many more in the Amazon region — religious women and lay persons cannot regularly assume important responsibilities for the growth of communities, and perform those functions ever more effectively with the aid of a suitable accompaniment."

Hummes highlighted the need for opening schools for permanent deacon candidates, "catechists and community leaders, both women and men," as well as a "synodal renewal of our current clergy and religious men and women."

"These schools, in turn, will have to innovate and inculturate, both in methodology and curriculum," he wrote.

Hummes said there was still much work to be done to fully implement the synod's recommendations, and he called on organizations in the region, including the Pan-Amazonian Church Network (REPAM in Spanish) to "take on with us this synodal process."

"As I have expressed, it would help us very much if we could make known to the entire ecclesial network what is already being done," the cardinal said. "All this would help us greatly to visualize, recognize, learn, socialize and give thanks in a synodal spirit."