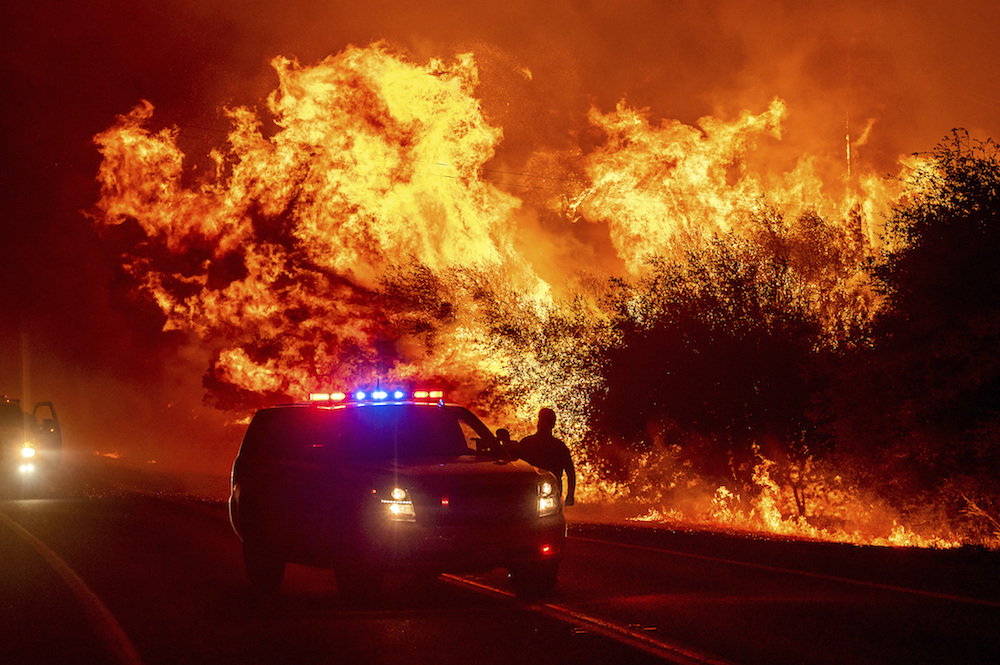 Flames lick above vehicles on Highway 162 as the Bear Fire burns in Oroville, California, on Sept. 9, 2020. The blaze, part of the lightning-sparked North Complex, expanded rapidly as winds buffeted the region. (AP Photo/Noah Berger)

There's a word for climate disaster fatigue: It's called "eco-grief."

As the United Nations Climate Conference (known as COP26) gathers world leaders in Glasgow, Scotland, over the next two weeks to discuss climate change, and even Democrats in the United States try to cobble together a reed-slim coalition to pass significant climate change mitigation measures, people of faith long active in environmental advocacy haven't succumbed to pessimism.

"I adamantly refuse to surrender to hopelessness," wrote Katharine Hayhoe, chief scientist for The Nature Conservancy, in an email interview. Hayhoe, with author Bill McKibben, is participating in COP26, where President Joe Biden and other world leaders spoke Nov. 1 and a message from Pope Francis was presented Nov. 2.

For some climate change veterans, a positive perspective is central to their faith.

In the Sikh tradition, "we approach the challenges of the world in a spirit of optimism," said environmental scientist Bandana Kaur Malik.

Collective efforts, she said, can have an enormous impact. "We're actually here to give people hope, and to find that help. Even when things are darkest, if we are brave and see light within the situation, there will be more light."

A Sikh's attitude toward the environment, Kaur Malik said, is influenced by the words of founder Guru Nanak, who wrote, "Air is the Guru, Water the Father, And the Earth the Eminent Mother of all."

Activists don't understate the magnitude of the challenges of a global climate crisis. But responding to it is, they say, much more than a matter of self-preservation. It's rooted in the central tenets of their faith traditions.

'I think we have to start by embracing how terrifying this is, and how disappointing it is that this is all human-caused. Yet I remain very hopeful.' — Rabbi Shmuly Yanklowitz

"It really is terrifying," Rabbi Shmuly Yanklowitz, a Modern Orthodox rabbi, said of the spate of recent climate news. "I think we have to start by embracing how terrifying this is, and how disappointing it is that this is all human-caused. Yet I remain very hopeful."

That hope, said Yanklowitz, creator and president of Uri L'Tzedek (the Orthodox Social Justice movement) and the animal advocacy organization Shamayim, is based on the activism the climate movement has generated. "I see a revolution started, a spiritual revolution of people who are changing their lives and are working to change their communities," he said. 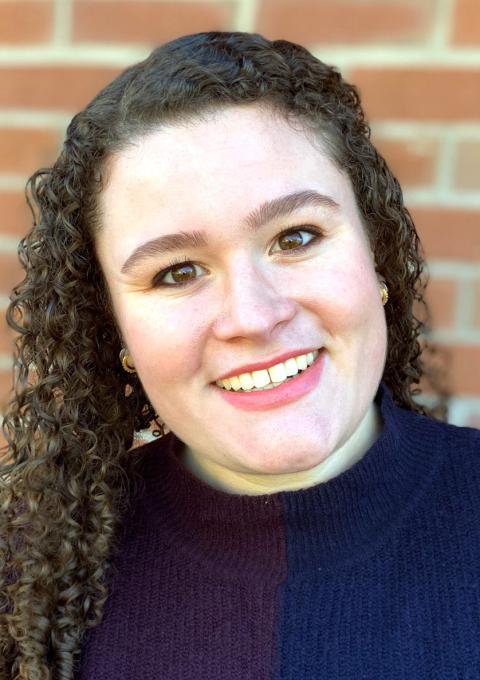 Tori Goebel, a 27-year-old spokesperson for Young Evangelicals for Climate Action, said the people trying to have an impact start locally and are crucial in confronting climate change. "Having a trusted messenger, someone who is like you and shares similar interests and values, can go a long way. It's important to connect climate change to people's values."

For Christians, said Goebel, the value is as simple as "biblical justice," especially given that low-income, tribal, Indigenous and communities of color are facing the worst impacts of climate change right now.

When talking about how to keep others from descending into pessimism about the planet, Goebel advised staying as positive as possible. "I think it's important that we focus on that hopeful future we can create, instead of on scarcity and all the things you have to give up."

Thirteen years ago, McKibben and others founded 350.org, an organization dedicated to building a global activist movement to promote a future without fossil fuels. But his faith, which has roots in mainline Protestantism, has been tested, said McKibben by email. 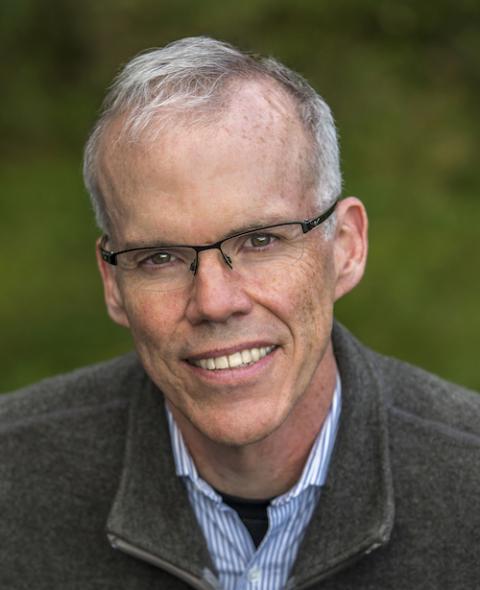 "I think we took a dark turn with Reagan, away from the idea that loving one's neighbor is at the heart of our lives. That helps explain why we've done such a bad job of dealing with the existential threat climate change poses," he said.

Since then he has watched America "move towards this ugly libertarian idea that we should each look out for our own selves."

Nonetheless, he finds solace, he said, in the Hebrew Scriptures' Book of Job "and the idea that there was a time when humans were small compared to God/the natural world."

James Rattling Leaf, a member of the Rosebud Sioux tribe who lives in western South Dakota, said Native Americans have been facing multiple challenges, including high infant mortality rates, the outsized impact of the COVID-19 pandemic and lack of access to basics like clean drinking water as the result of a persistent drought.

"Ultimately, we're the ones on the front lines, when it comes to these issues in our backyard or region," said Rattling Leaf, who runs a consulting firm while coordinating climate partnerships for the Great Plains Tribal Water Alliance. 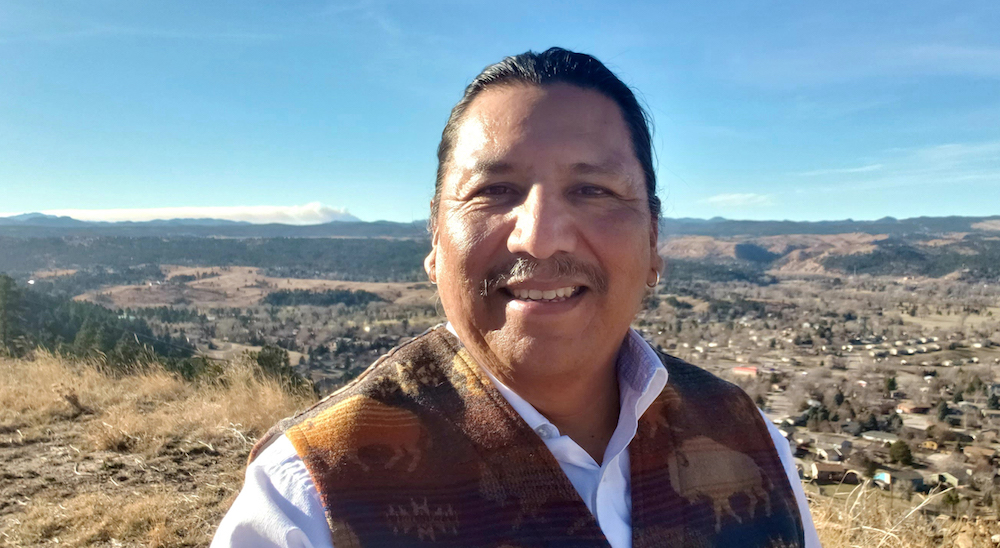 Rattling Leaf, who describes himself as a nondenominational "follower of Jesus," said that while churches can play a part in promoting care for the planet, there is also a place for a theology of creation that honors the heritage and cultures of Indigenous peoples.

Members of the Lakota community, he said, don't see themselves at the top of a hierarchy in the natural world. "We believe that we're all part of it, and we have a responsibility to each other. We all learn from each other, take care of each other. When one is affected, that affects all of us."

His faith gives him hope, said Rattling Leaf. But so does the increasing collaboration between tribal leaders, and of those leaders with scientists, educational institutions and other partners.

"I'm just part of the group that wants to move us forward to some direction that helps our young people and our elders deal with the practical aspects (of climate change), not just planning, strategy or policy: How do you take care of Grandma when it's 110 degrees outside," he asked by way of example, "and she's got no air conditioning or running water?"

Hayhoe, well known in Christian circles for explaining global warming in faith-friendly ways to those she terms "solution skeptics," also has faith in the possibility of collective action on behalf of the planet. In her new book, Saving Us: A Climate Scientist's Case for Hope and Healing in a Divided World, she writes about the "six Americas of global warming." It is a primer for those still holding hope for change.

"This book is written for all of the rest of us, for every person over the past five years, and this numbers in the thousands, who has ever asked me, what gives you hope?" she said in a phone interview. "How do I talk to my family member, neighbor, colleague, elected official, boss about climate change in a way that makes a difference?"

Her Christian beliefs tell her, she said, that humans have a responsibility for all living things, and to love and care for those less fortunate.

"Climate change disproportionally affects the most marginalized and vulnerable people in the world," she said. All major world religions share that ethic, she added. "I'm absolutely convinced that just about everybody already has a reason they need to care about climate change. "

But even the indefatigably hopeful Hayhoe has a warning for those who procrastinate on engaging with the realities of a warming world, comparing them to smokers advised by their doctors that they are risking dire consequences if they don't quit.

"You have to, you have to do something now," she said. "Because if you wait until you actually feel anything more than you are feeling now, it will be too late. So that's kind of where we're at."