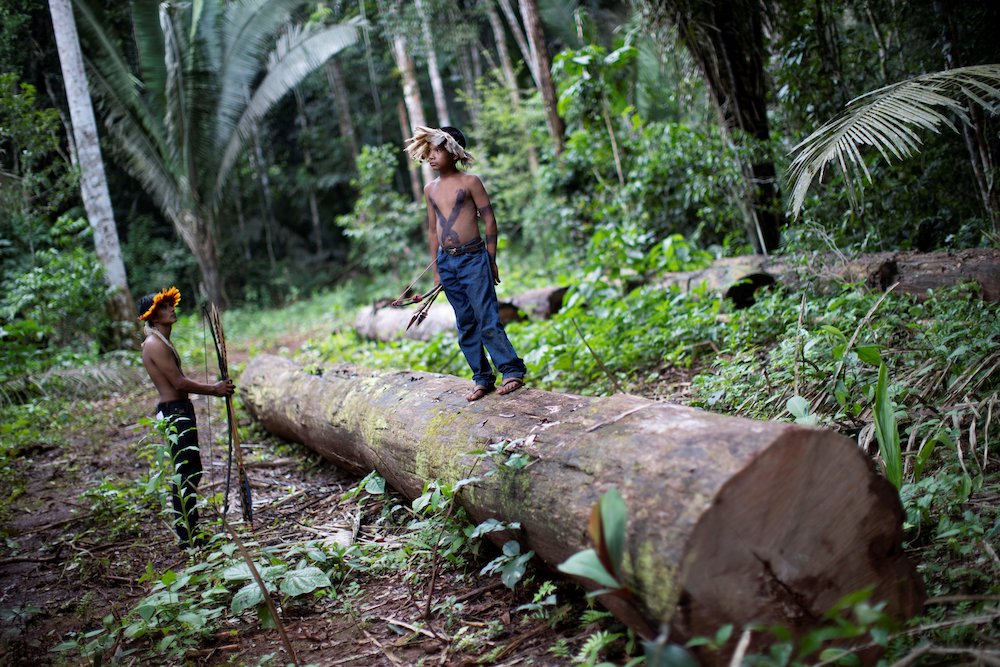 A man and boy of the Uru-eu-wau-wau tribe inspect an area deforested by invaders on Indigenous land near Campo Novo de Rondônia, Brazil, in 2019. (CNS photo/Ueslei Marcelino, Reuters)

As climate change dries out parts of Amazonian ecosystems, Indigenous communities are among those who stand to lose the most. That's a message that Indigenous leaders have been taking to climate summits, with gradually increasing visibility, for more than a decade.

But even participating in those events is fraught.

Txai Surui, a 24-year-old Indigenous activist from Brazil, spoke forcefully at the opening of the U.N. climate conference, COP26, in Glasgow, Scotland, telling of a childhood friend, Ari Uru-Eu-Wau-Wau, who was murdered for defending his people's territory. She added, "Indigenous people are on the front line of the climate emergency, and we must be at the center of the decisions happening here."

She urged her listeners — among them, more than 100 heads of state taking part in the opening world leaders summit — to "end the pollution of hollow words" and "fight for a livable future and present." The audience applauded, but Brazilian President Jair Bolsonaro, who stayed away from the conference, attacked her, saying she had no right to criticize her country.

Two weeks later, the home of another Indigenous leader, Alessandra Korap Munduruku, in Santarém, Brazil, was robbed and vandalized just after Munduruku returned from COP26. Seeing suspicious activity, she and her children had stayed elsewhere that night.

The verbal and physical aggression against these two Indigenous women is a continuation of the violence that each year claims the lives of hundreds of people worldwide who have worked to defend their land against powerful economic interests.

The violence shows how difficult it will be to meet climate targets without tackling the economic injustice that Pope Francis has pointed to as the underlying cause of climate change. 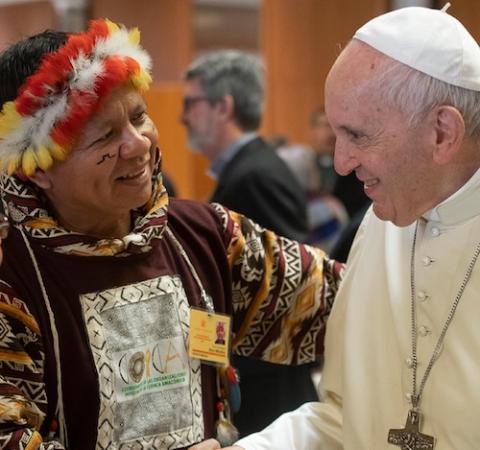 For Gregorio Díaz Mirabal, leader of COICA, an umbrella group of Amazonian Indigenous organizations, it remains to be seen whether the promises made at COP26 — including ending deforestation and helping Indigenous communities protect their forests and rivers — will be kept. The key, he said, is ensuring that Indigenous communities have legal rights to their territories, and that's a demand on which various Amazonian countries continue to drag their feet.

Meanwhile, those communities steadfastly stand up to illegal activities in their territories, from wildcat gold mining to farming of drug crops. Often the products of those activities are greenwashed on the way to market.

Earlier this year, Patricia Gualinga, an Ecuadorian Indigenous leader who is also a lay member of the Ecclesial Conference of the Amazon, told me that illegal loggers were stripping Ecuador's Amazonian watersheds of balsa trees. The lightweight wood was then exported legally — ironically, mainly to China to be used to manufacture wind turbine blades. 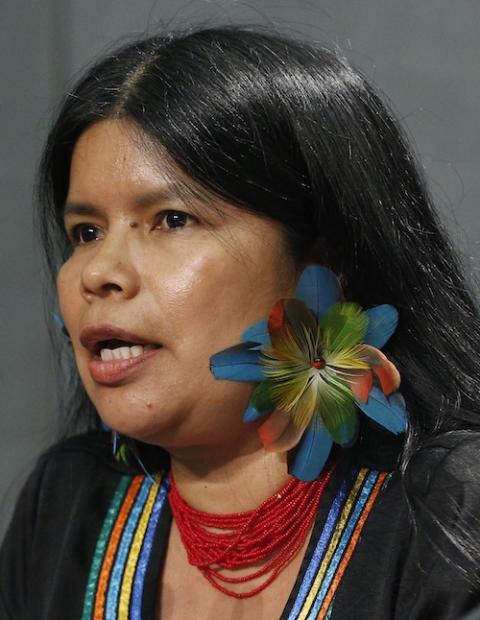 Patricia Gualinga, an Indigenous rights defender from Ecuador, speaks at a news conference at the Synod of Bishops for the Amazon in 2019. (CNS photo/Paul Haring)

The fast-growing balsa trees are found in low-lying areas where they help buffer the effects of floodwaters, Gualinga explained. By stripping the trees, the loggers leave communities at greater risk of more severe flooding — all in the name of "green" energy.

When I spoke to Díaz this week, he had some specific post-COP26 requests of people in the United States. First, he said, they must "insist that the president keep his promise that the Amazon forest will remain standing." They must also ensure that the activities of U.S. companies do not result in deforestation, he added, and they should urge the U.S. government to use its influence to keep Amazonian countries from financing activities that lead to deforestation.

There is plenty of work to be done in following up the pledges made in Glasgow, say Catholic activists, who add that although some progress was made at the summit, it was not nearly enough and not fast enough, as NCR environment correspondent Brian Roewe reports.

As Indigenous leaders point out repeatedly, many of the decisions made — and not made — at the climate conference raise justice issues, which are matters on which Catholics must speak out and take action, an NCR editorial argues.

This week's events include a discussion Nov. 22 of Thomas Merton's exploration of Sufism, sponsored by the Deignan Institute for Earth and Spirit at Iona College.

Autumn may be chilling things out in the northern hemisphere, but here in Lima, Peru, where I live, spring seems finally to have settled in. Basil and dill seedlings are sprouting on my kitchen windowsill and mangoes are in season. They remind me to be grateful for the gifts of the Earth and the hands that harvest them.

And as Thanksgiving approaches, we at EarthBeat are grateful for you, our readers. We wish you a happy and blessed Thanksgiving Day with family and friends. Thank you for reading EarthBeat!