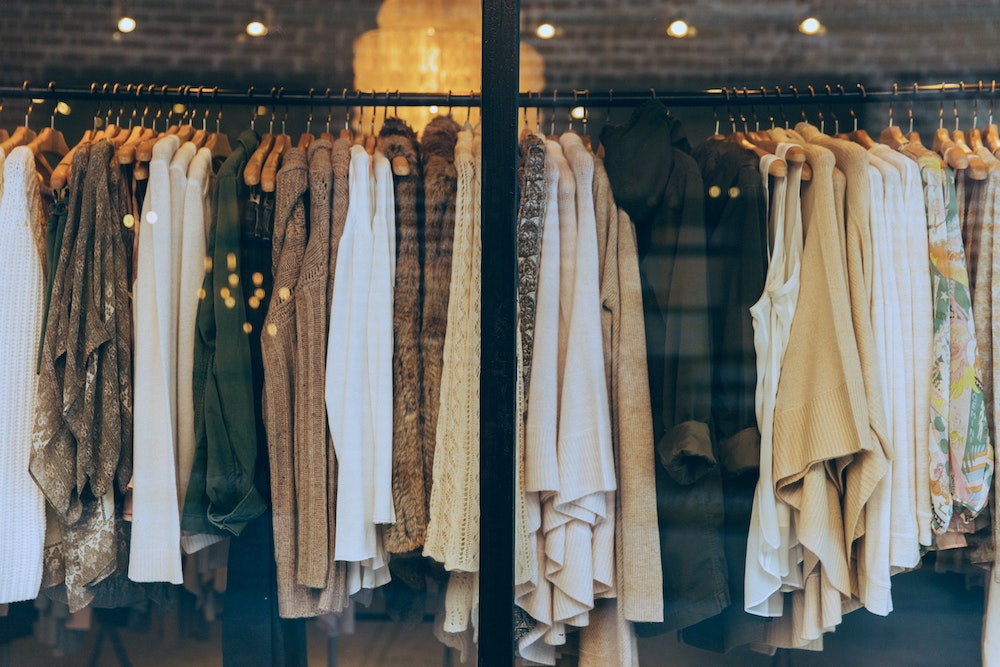 The average person has no sense of just how much energy — which usually comes from planet-warming fossil fuels — goes into creating clothing. (Unsplash/Hannah Morgan)

When the deadliest accident in fashion industry history killed more than 1,100 Bangladeshi garment workers at a Rana Plaza factory collapse in 2013, Pope Francis condemned the conditions under which these garment workers toiled as "slave labor," saying "that goes against God."

Eight years later, business models that demand low-cost labor in unsafe conditions, like those that contributed to the Rana Plaza tragedy, still undergird much of the global apparel industry. But the way that we currently make clothing leads to more than just the sweatshops that remain sadly all too familiar — it's also contributing to the kind of ecological sin that wrongs future generations and the Earth alike.

These sins perpetrated by our current apparel system range from the minute to the monumental. Polluting microplastics shed from synthetic garments have been found everywhere from Mount Everest to the Mariana trench.

Toxic dyes from apparel factories have colored whole rivers in Bangladesh and China a deadly rainbow of next season's trendiest hues. Landfills in nations like Ghana are dangerously overflowing with secondhand clothing shipped from the Global North.

And the fashion industry is also contributing to the most existential threat facing the planet today: climate change.

Though precise measurements of the industry's emissions impact remain elusive, the best available data on the matter, from a Quantis study in 2018, estimates that 8% of total global greenhouse gas emissions come from the apparel and footwear sectors. 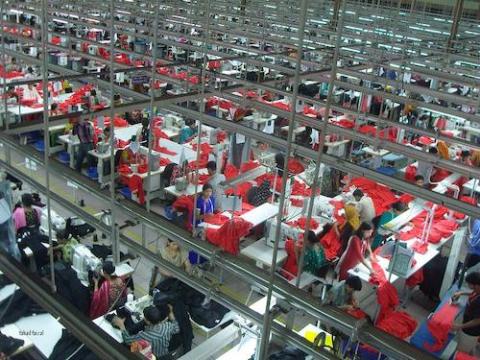 When considered against the backdrop of U.N. guidelines stating that greenhouse gas emissions need to fall by 7.6% each year between 2020 and 2030 to stay within the 1.5 degree limit, that number feels significant. And instead of working steadily toward the goal of operating within planetary boundaries, the fashion industry is on track to increase emissions by at least 50% by 2030, according to the Ellen MacArthur Foundation.

"We produce garments in the cheapest places possible, and a significant part of what's incorporated in that price is energy," said Maxine Bédat, founder of the New Standard Institute and author of the upcoming book Unraveled. "That means it's the cheapest energy, which tends to be the dirtiest."

The average person, she goes on to explain, has no sense of just how much energy — which usually comes from planet-warming fossil fuels — goes into creating clothing.

"When we are taught about climate change, we're often taught to visualize cars," she told EarthBeat. "We can think of gas going in, turning on an engine, and the fumes coming out of the back. But we don't tend to visualize that when we have clothing factories — and they require a lot of energy, they're plugged into a coal grid. The carbon footprint is created in a way that we're not as familiar with."

Whether the specific way in which fashion contributes to the climate crisis is obvious or not, the broader issue it's connected to should be familiar to anyone who's read Pope Francis' 2015 encyclical Laudato Si'.

Though the document doesn't specifically call out apparel production, it touches on so many of the most salient ethical issues in the industry that it could serve as a useful framework for moving toward a more just and ecologically viable way of making and wearing clothing.

First off, Laudato Si' calls for an end to the "throwaway culture" that propels excessive production and consumption — a feature of modern fashion so prevalent that some members of Gen Z wear each garment they buy only once.

Second, it positions climate change as not just a scientific problem, but a moral one that humans therefore have a responsibility to act on. And third, Laudato Si' treats care for vulnerable people and care for the planet not as separate issues, but as two sides of the same coin.

According to Christopher Cox, associate director of Seventh Generation Interfaith Coalition for Responsible Investment, understanding the connections between the poor, climate change and the apparel industry is crucial. Cox spent years working on the Human Thread Campaign, a Catholic movement in solidarity with garment workers, and is now involved in encouraging corporate responsibility through shareholder engagement.

"The flip side of the coin of being poor is that you're also most exposed to the environmental aspects of climate," he told EarthBeat. "All those things about our clothing that are bad for the environment and for climate are borne in extra ways by the people and communities who make our clothes."

Cox points to Bangladesh as a prime example of this. The nation produces more of the world's clothing than any other country besides China, and clothing makes up 83% of Bangladesh's exports. But poor regulation and pressure for ever-cheaper production have resulted in sometimes-oppressive and dangerous working conditions.

At the same time, Bangladesh is one of the most vulnerable countries in the world to the impacts of climate change.

So what would it take to start enacting a Laudato Si'-like vision for the future of the fashion industry?

Jame Schaefer, an associate professor of systematic theology at Marquette University, thinks global changes can start locally. After working on environmental issues in the Great Lakes area with local and state governments and the U.S. Environmental Protection Agency, Schaefer ended up in theology partly out of an interest in establishing a theological basis for ecological action.

What would it take to start enacting a Laudato Si'-like vision for the future of the fashion industry?

She has since spent decades helping everyone from theology students to supply chain majors make the connection between their cosmology and their clothing.

"We have to realize our interconnectedness," she said. "There's very little you can do in one part of the world that does not affect another part."

To that end, she recommends starting local with whatever actions, laws and policies you can influence in your immediate area, whether that means engaging with the beginning of the clothing supply chain (think financially supporting organic certification for cotton farmers) or apparel's end-of-life (think hosting a mending party where you repair your clothing to make it wearable for longer and keep it out of landfill).

Whatever it looks like in your area, Schaefer asserts that it's important to "start from where your faith is." Cox concurs, adding that the Catholic tradition provides a trove of spiritual resources for digging into this work.

He points to saints like Chilean Jesuit Alberto Hurtado, whose commitment to the poor was sparked by "his sensitivity to the plight of women working in the garment industry" in his town, and Francis of Assisi, who was the son of a prosperous silk merchant before he embraced a life of solidarity with the poor and with other-than-human beings in creation.

At The Human Thread, Cox and others put forward a helpful framework that encourages citizens to "pray, learn, assess, act and advocate" in response to injustices embedded in the fashion industry.

Prayer allows for a spiritual engagement with these pressing ethical issues, and learning underscores the obligation to avoid sins of ignorance by staying informed. Assessment means looking at how we fit into the overall fashion system and what role we can play, while action means putting that assessment into practice by reducing our consumption, buying secondhand whenever possible and researching which brands are doing the least harm when we need to buy new.

And lastly, advocacy can come in the form of policy work, citizen campaigns online and in person, and even just talking about these issues within our communities.

Whatever course of action we pursue, one thing is clear: Inaction should no longer be an option.

"The urgent challenge to protect our common home includes a concern to bring the whole human family together to seek a sustainable and integral development," writes Pope Francis in Laudato Si'. "For we know that things can change."

Related: What is ecological sin?
A version of this story appeared in the May 28-June 10, 2021 print issue under the headline: How to bring Laudato Si' into your wardrobe.