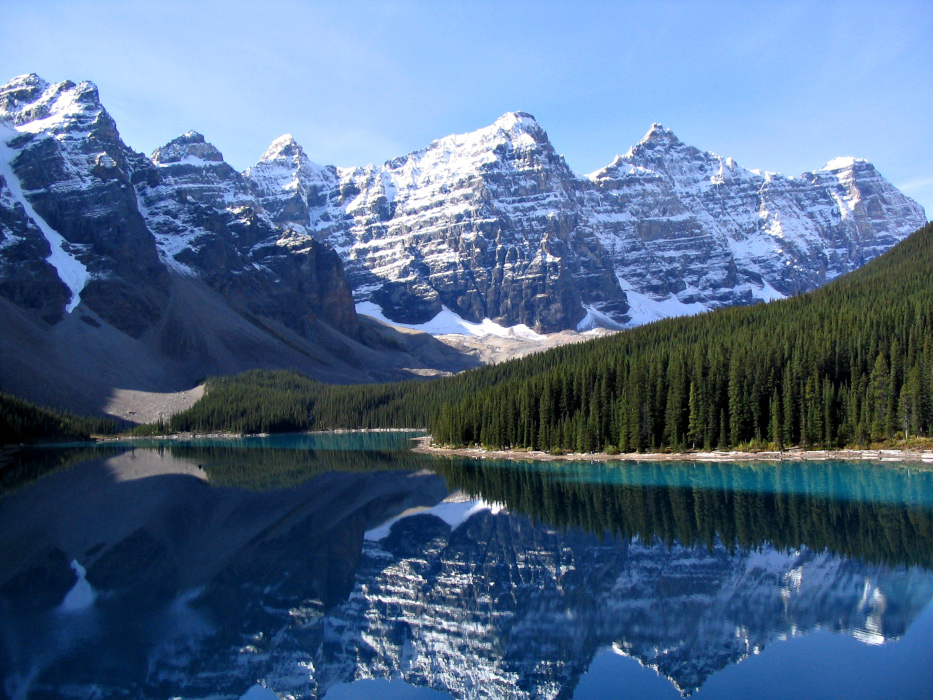 Moraine Lake in the Valley of the Ten Peaks, located in Banff National Park of Alberta, Canada. The Canadian Rockies can be seen in the background (Wikimedia Commons/Gorgo)

Editor's note: This story originally appeared in The Narwhal and is republished here as part of Covering Climate Now, a global journalism collaboration strengthening coverage of the climate story.

In May 2020 — on a Friday afternoon before a long weekend — Alberta's United Conservative Party government quietly announced it was rescinding a policy that dated back to 1976.

The coal policy, it said, was "no longer required." The government did not anticipate how the quiet rescission of a decades-old policy could ignite the passion of Albertans.

What followed was a months-long backlash from Albertans of all political stripes and walks of life, from country music stars to conservation enthusiasts to downstream First Nations communities to ranchers.

Polls suggested nearly 70% of Albertans opposed the expansion of coal mining in much of the eastern slopes of the Rocky Mountains.

And so, nearly nine months later, Minister of Energy Sonya Savage took to a podium on Feb. 8 and told reporters in a much less quiet way that she was reversing the government’s decision.

"We admit we didn’t get this one right," she said. "We’re not perfect and Albertans sure let us know that."

That about-face, according to Melanee Thomas, an associate professor of political science at the University of Calgary, "felt a little bit like whiplash." 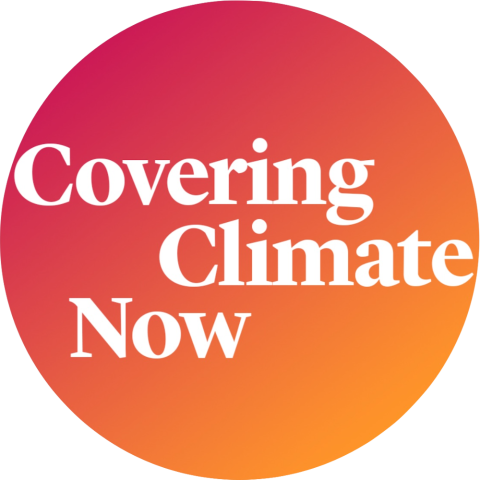 "It is so decidedly against how this government regularly operates," she told The Narwhal.

Alberta Premier Jason Kenney, often referred to as the most powerful social conservative in Canada, has frequently been at odds with critics during his tenure as premier. "He's pretty good at attacking, he’s pretty good at defending," Duane Bratt, a political science professor at Mount Royal University, told The Narwhal. "He’s not very good at apologizing or reversing."

The Alberta government has engaged in public showdowns with everyone from teachers to park lovers to rural doctors to hospital support staff.

At issue this time around was the province's long-standing system of land classification for coal mining. Under that system, surface coal mining on land known as category 2 was effectively prohibited. Category 2 lands cover much of the eastern slopes of the Rocky Mountains.

The region is home to deposits of metallurgical coal, used in steelmaking. It's also home to threatened wildlife species, the headwaters for much of the province's drinking water, lands important to First Nations communities, popular recreation destinations and grazing lands long used by ranchers.

"Not realizing the potential pitfalls of [rescinding the coal policy] speaks to a lack of understanding of Albertans and Alberta politics," Thomas said of the government’s decision.

"It doesn’t take much looking at … Tourism Alberta ads. They are literally almost exclusively about the eastern slopes," she added.

"One wouldn’t have to work very hard to be able to identify that this is core to Alberta’s identity." 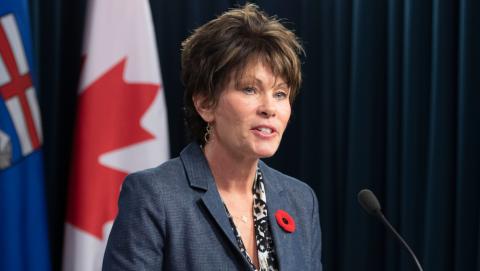 Initial rescission 'not driven by the common good': professor

The United Conservative Party was elected in Alberta in the spring of 2019, riding a wave of economic anxiety and outrage. The dramatic decline of global oil prices during the previous New Democratic Party government led by Rachel Notley was fresh in the memory of voters.

In 2014, prices for the oil benchmark West Texas Intermediate began to plummet, dropping below US$30 in early 2016 and culminating in an economic crash, in which Alberta — long reliant on the boom-and-bust oil economy — was "ground zero."

It was in this environment the UCP government came to power, setting its sights on slashing budgets, decreasing red tape and bolstering industry.

Then came the pandemic and an oil price crash precipitated by a global supply glut.

Announcing the rescission of the coal policy, Savage said in a press release in May 2020 that the change was part of a plan to "strengthen our focus on economic recovery and revitalization" and noted rescinding the coal policy would "attract new investment for an important industry."

Among its plans was "placing a strong focus on creating the necessary conditions for the growth of export coal production."

Bratt questioned the economic justification for the decision. "Is this an important industry?" he asked. "Where’s the economic benefit here?"

In Bratt's assessment, the UCP failed to explain its rationale to Albertans, or to lay out any tangible benefits of rescinding the coal policy. The only possible benefit, in his view, is "a miniscule amount of jobs" in a few communities.

On the other hand, as The Tyee has reported, Australian coal companies were lobbying the government to rescind the coal policy for months before the announcement was made.

"A lot of the policy direction of this government can be, perhaps cynically, characterized as 'well, if someone can make a lot of money on it, that's good,'" Thomas told The Narwhal. "It's certainly not driven by a common good, or a general eye to Alberta's prosperity." 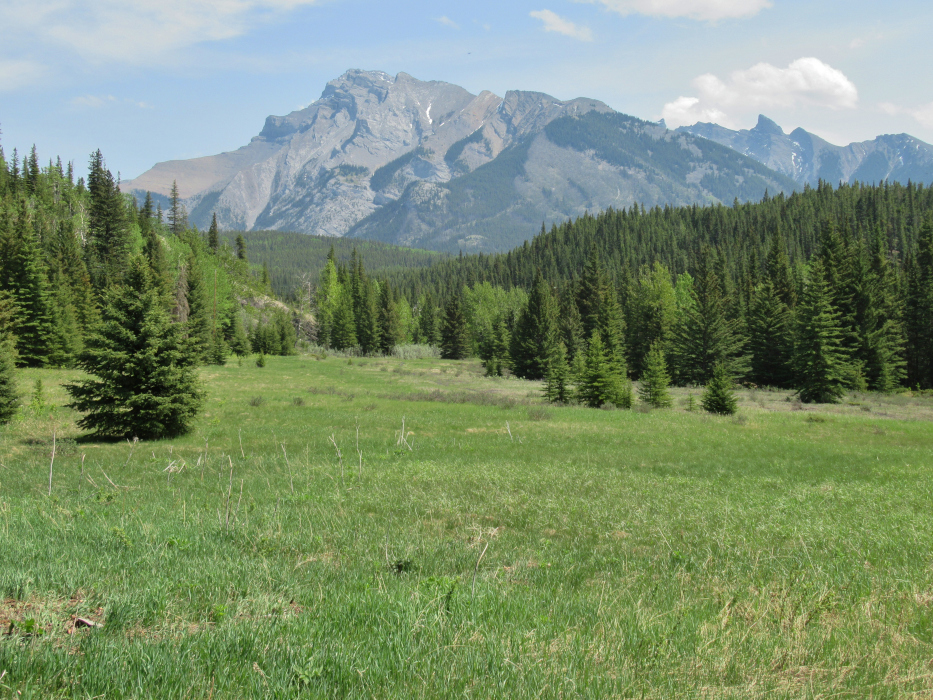 Lower Bankhead trail in Banff National Park, located in the Canadian Rockies of Alberta. Bankhead is a former coal mining town in Alberta that operated from 1903 to 1922. (Flickr/Jasperdo)

'This mobilization is unprecedented'

Despite the quiet announcement of the rescinding of the decades-old policy, word spread relatively quickly across Alberta.

At the same time, hearings for another open-pit mine in the eastern slopes, the Grassy Mountain coal project, began. While that mine is not on category 2 lands (it is on the site of an old mine and on land dubbed category 4 and thus open for development), the real possibility of a new open-pit mine in the mountain headwaters galvanized Albertans already concerned about new coal leases in the region.

"The government simply did not imagine that this kind of mobilization could happen," Laurie Adkin, a political science professor at the University of Alberta, told The Narwhal.

"This mobilization is unprecedented," she said "I cannot think of any example in Alberta's history where this kind of coalition has come together and on this scale."

Meanwhile, Kenney was defending his government's stance as recently as early February, telling interviewers, "there are thousands of coal miners and their families that depend on the industry." He went on to describe opposition to mines in the eastern slopes as city dwellers who "look down on" coal miners.

Bratt took issue with Kenney's characterization, saying "almost everybody in the province was opposed to it, including people in their base of support." The UCP government, he said, "absolutely" failed to read the room when it came to opposition to coal mines.

According to Blake Shaffer, assistant professor of economics at the University of Calgary, the Alberta government failed to take into account the myriad values of Albertans when it rescinded the coal policy.

Without doing consultation he believes the UCP took a "fundamental misstep."

Even as the UCP government works to "course-correct," as Kenney put in on Feb. 10, there is still significant confusion surrounding Alberta’s most recent announcement.

Leases and exploration programs that have been approved since the coal policy was rescinded can continue. The Grassy Mountain coal project is not affected by recent announcements. Savage has said no "mountaintop removal" will happen in category 2 lands, but that left some Albertans scratching their heads about the specific vocabulary.

Shaffer said that left him wondering if "strip mining along the slopes" would be permitted. And the government's promise to create a new coal policy does not necessarily preclude coal mining in the eastern slopes of the Rockies.

"The government remains committed to expanding the extraction of metallurgical coal," Adkin said. "[It] continues to put forward the proposition that there is such a thing as environmentally responsible coal mining on the eastern slopes."

"The real question is was there enough economic value in doing this metallurgical coal extraction to deal with the cost of it?" Shaffer said, adding those costs are largely environmental and recreational. 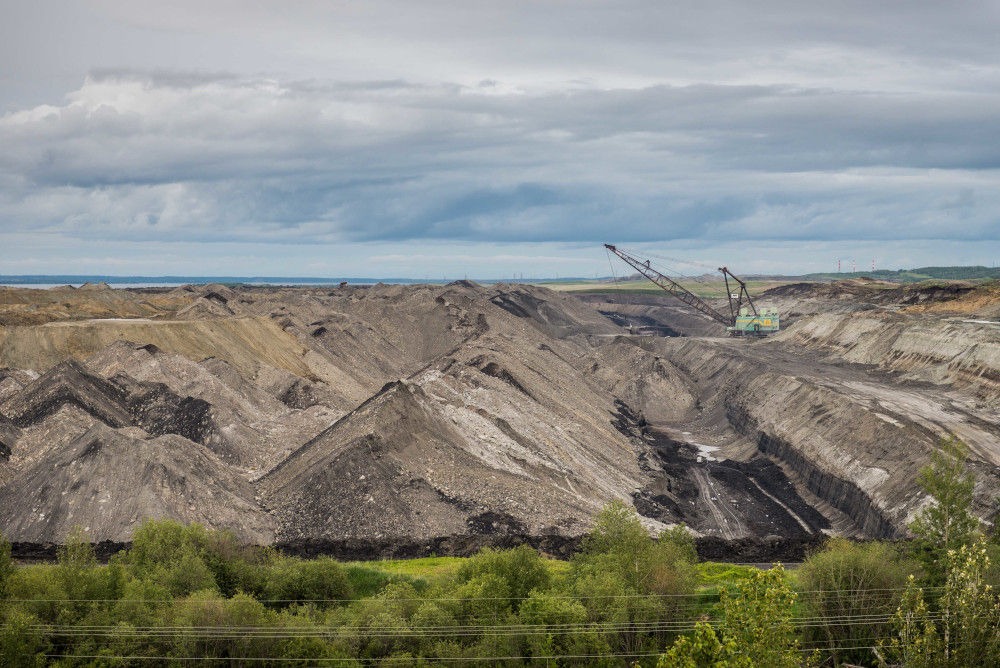 Highvale Mine, a coal mine in Seba Beach, Alberta, Canada. (Flickr/WherezJeff)

It's a dilemma that’s being faced in many coal-rich countries around the world. As Canada phases out its own use of thermal coal — coal used for electricity — it has taken an active lead in encouraging businesses and governments around the world to reduce coal-fired electricity.

Those efforts, though, say nothing of the metallurgical coal used to feed the world’s appetite for steel.

That's made for a tricky balance for resource-rich countries touting their coal phaseouts at the same as continuing to carve up mountains for coal.

"How do you brag about accelerating the coal phase out and then repeal a decision on coal mining?" Bratt asked. "Yes, there are different types of coal, but for the average person, coal is coal."

According to the International Energy Association, Canada represents 10 per cent of the global supply for metallurgical coal. Nearly three quarters of the world's coal imports arrive in Asia.

Metallurgical coal makes up just under a quarter of the global trade, with the majority being thermal coal used for electricity generation.

In Australia, itself a coal-rich country, metallurgical coal producers have seen significant headwinds recently. "The financial markets are no longer really differentiating between [metallurgical] coal and thermal coal," Tim Buckley, an energy markets expert at the Institute of Energy Economics and Financial Analysis, told The Guardian in December.

The paper reported there are "growing signals the industry is heading into its final bust cycle."

Shaffer characterized the expansion of metallurgical-coal mining in Alberta as "chasing the next thing that’s going to die," pointing to indications the world is "starting to look at ways of steelmaking that are low-emission."

"Rather than staking some economic bets on the growth of metallurgical coal … why don't we become the leader in green steel making?" he asked, noting Alberta has vast reserves of hydrogen and renewable energy sources, which combined could eventually make a significant dent in the demand for metallurgical coal in steel manufacturing. Most metallurgical coal is used to create coke, used in furnaces in the steel-making process.

In Sweden, one steel manufacturer has begun substituting hydrogen and clean electricity for the coal that is traditionally used to make steel, dubbing its product "fossil-free" steel.

As for mining metallurgical coal, many questions remain surrounding whether the economic benefit outweighs the ecological concerns.

"It doesn't hold promise for people. If the major concern they have is livelihoods and incomes, coal is not the answer," Adkin said. "And I don't think that people have yet grasped that oil and gas is not the answer, either."

"But I do think that is also shifting."