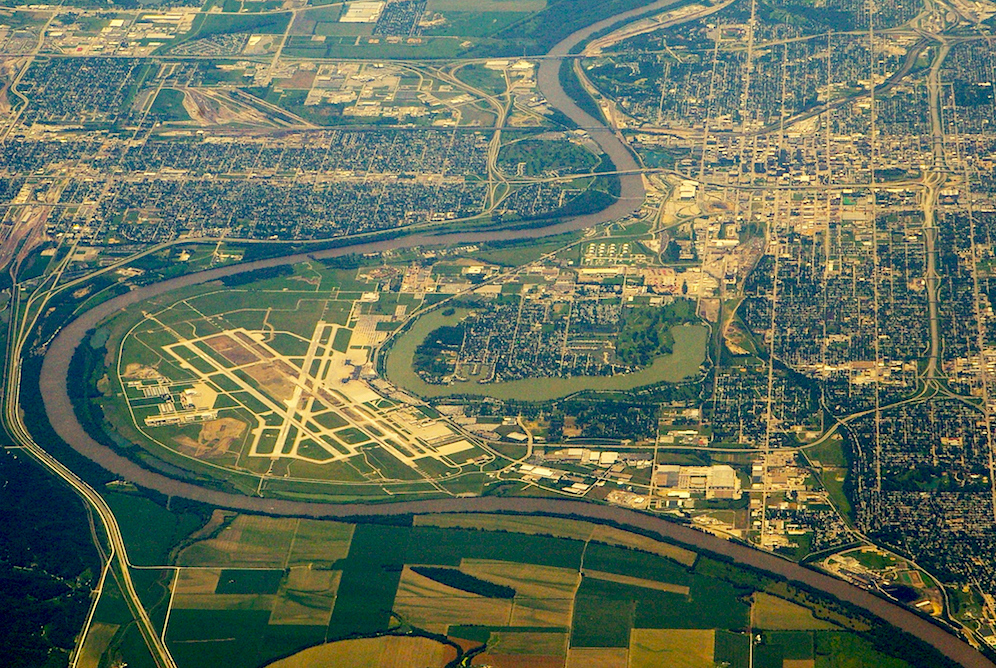 How do you talk about climate change with people who may disagree with you or shy away from the sort of action you hope they'll take? Email me at bmitchell@ncronline.org.

And how would you like NCR to cover the issue? Please take our survey.

As we made our final approach to Eppley Airfield here on a steamy afternoon in June, the passenger to my right asked what was bringing me to Nebraska.

"A conference about climate change," I told him, an answer that prompted a series of observations on his part that suggested recognition that something big is happening but uncertainty about the extent of the problem.

He was certainly not a climate denier, and probably not even a climate skeptic. A pilot headed home for a few days off before resuming his job ferrying passengers around the country on 737s, he knows too much about science and weather to fall into either of those traps. But like a lot of people, he hasn't delved into the topic deeply enough to be sure about precisely what he believes is going on — and what should be done about it.

We were off on our separate ways before we had time to continue the conversation. But the encounter presented me with a central question as I take on the role of NCR's first climate editor: How best to talk about climate change — with strangers on planes, with family and friends, in the paper, in church?

I came to the right place for that: a three-day conference called "Laudato Si' and the U.S. Catholic Church," sponsored by the Catholic Climate Covenant and Creighton University.

The sessions were packed with ideas for addressing the problem described by keynote speaker Adrian Dominican Sr. Patricia Siemen as "the survival of the planet … the preeminent pro-life issue" of our times.

Erin Lothes, an associate professor of theology at the College of Saint Elizabeth in New Jersey and the author of Inspired Sustainability: Planting Seeds for Action*, offered several tips aimed at effective climate communication:

Fran Ludwig, chair of the Boston Catholic Climate Movement and one of more than 200 participants at the Creighton conference, said she recognizes the importance of language. But she expressed uncertainty about toning it down, especially in light of recent statements by Pope Francis, dozens of medical associations and the United Nations each declaring a "climate emergency."

In a post-conference video call with more than a dozen members of the Boston group, Ludwig said she tailors the message she delivers to her fellow parishioners "based on where they are." And most of them, she said, "are comfortable talking about the climate emergency."

Steven Keleti, a member of the Boston group's steering committee, described the problem as "not so much convincing skeptics as convincing people to take action on their beliefs." He added, "A lot of people have bought into the lie that one person doesn't make a difference," a problem he addresses by helping them take such first steps as a letter to their representative.

Peter Dunbeck, chair of the Diocese of Worcester Environmental Stewardship Ministry, said he approaches such conversations based on the two different kinds of discussions involved: "I try to separate causes from solutions. The cause of climate change is scientific. That's not political. What to do about it — that's political."

News organizations are also wrestling with the fine points of language around climate change, as The New York Times reported July 8.

The Columbia Journalism Review and The Nation magazine gathered leading journalists, scientists and climate experts April 30 for an exploration of how to cover what they termed "the biggest story of our time."  You can view a video of the event here.

The Guardian newspaper recently hardened the words it uses in climate stories, explaining in a May 17 article: "Instead of "climate change" the preferred terms are "climate emergency, crisis or breakdown."

Others caution about the use of harsh terminology absent practical solutions.

"We have good research that in amping up the threat without actually providing people with things they can do, you end up with fatalism, despair, depression, a sense of paralysis or a sense of dismissiveness and denial," Matthew Nisbet, a communications professor at Northeastern University, told The Times. He's the author of a recent article, "The Trouble with Climate Emergency Journalism," published in the journal Issues in Science and Technology.

When it comes to discussion of climate change from the pulpit, Siemen, prioress (president) of the Adrian Dominican Sisters, compared it to a big moral issue from her youth.

She added: "I say that as a parallel to what's happening with the threat of climate change in our parishes."

Some homilists say they don't address climate change more frequently because they need to stick to the Scripture of the day. There's an app for that: a resource developed by the Association of U.S. Catholic Priests called "homily helps" that integrates material from Laudato Si' into specific Sunday liturgies, organized by date.

* This article has been updated to provide the full title of Erin Lothes' book.

Read this next: Amid climate threat, Catholics pursue ecological conversion in US church
This story appears in the Our Common Home feature series. View the full series. 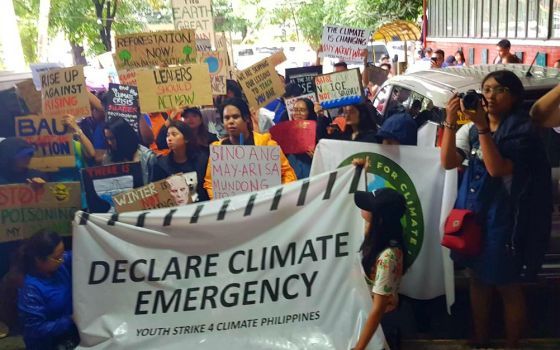 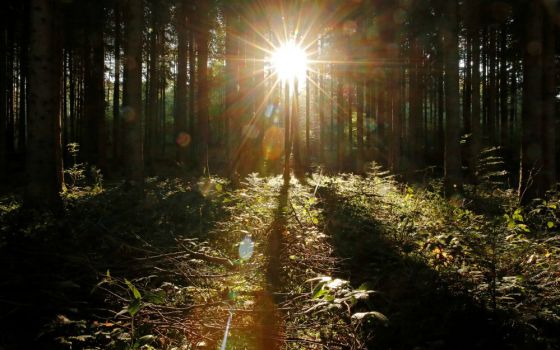 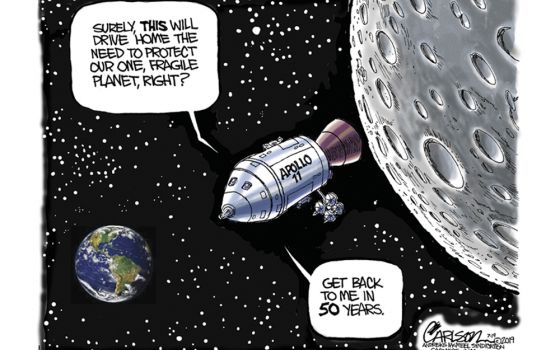