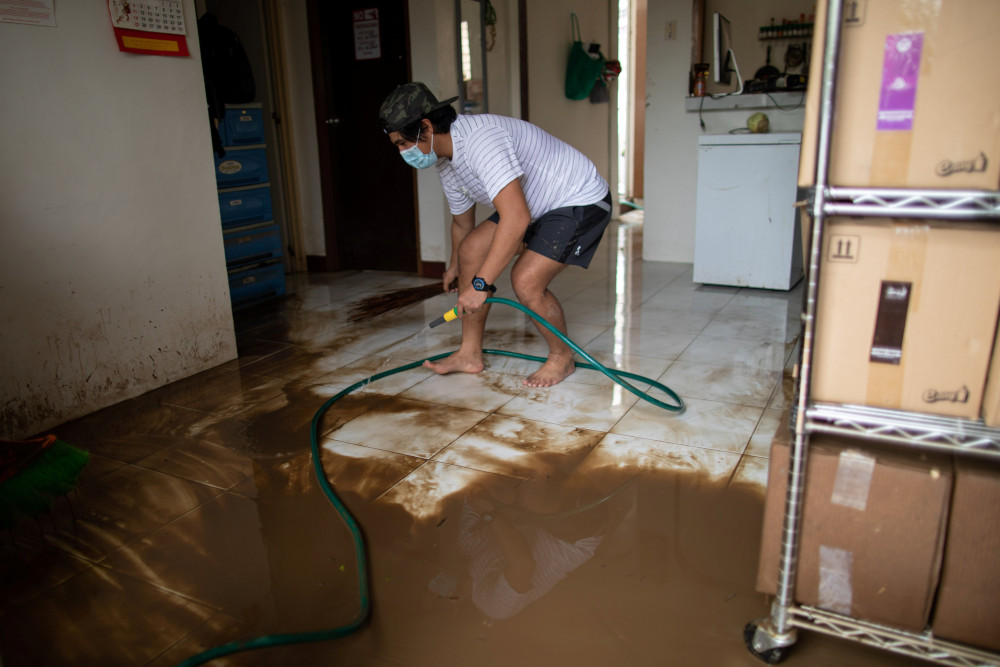 A person cleans mud out of their home in Batangas, Philippines, Nov. 2, 2020, following floods caused by Super Typhoon Goni, also known as Rolly. The typhoon, the strongest in the world this year, killed at least 20 people and forced thousands from their homes, according to authorities. (CNS/Reuters/Eloisa Lopez) 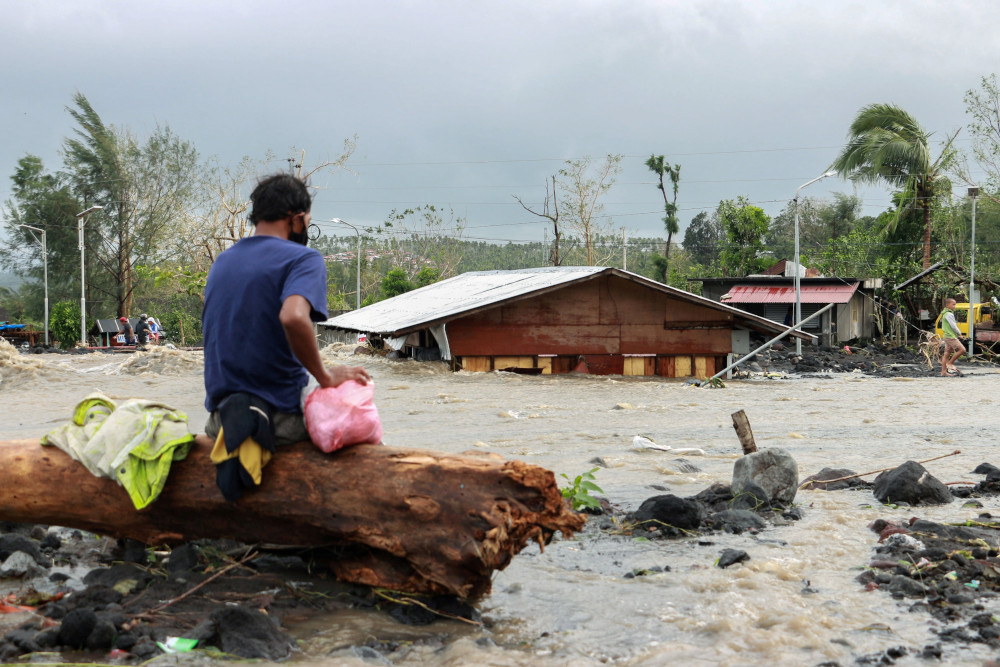 A person looks at their house buried under the pile of rubble and sand in Daraga, Philippines, Nov. 1, 2020, following flash floods brought by Super Typhoon Goni, also known as Rolly. The storm, whose maximum wind speeds earned it the distinction of the year's most powerful cyclone, left at least 10 people dead and three missing. (CNS/Reuters/Nino N. Luces)

Churches in the Philippines opened their doors to offer shelter to some of the hundreds of thousands of people who fled their homes to avoid the wrath of Super Typhoon Goni that struck the Bicol region in southern Luzon. Some of the victims were buried alive by mudslides around a volcano.

Fr. Treb Futol of Sorsogon Diocese said his parish had set up a soup kitchen and was feeding evacuees who fled their homes and who would normally have been marking All Saints' Day, reported ucanews.com.

Typhoon Goni, the most powerful typhoon this year, left at least 20 people dead, but the toll could increase as aid workers reach remote coastal areas. Goni, known in Philippines as Rolly, made landfall with sustained winds of 140 miles per hour and gusts up to 174 mph Nov. 1.

Karen Janes, head of programming in the Philippines for the Baltimore-based Catholic Relief Services, told Catholic News Service: "There are parts of Catanduanes and Albay [provinces] that have been completely destroyed by the typhoon. Three towns have been 50-90% wiped out. Thankfully, people were warned of Typhoon Goni early and were able to get to the evacuation centers."

CRS is part of the international Caritas network, and Janes said Caritas had received government permission to travel to the affected areas, which they expected to reach Nov. 3.

"Families are in desperate need of food, water and emergency shelter. In one town, 180 families lost their homes because of the intense mudflow from the volcano. It carried huge boulders into the nearby towns and buried homes and other infrastructure," Janes said.

She added that COVID-19 travel restrictions were hampering normal emergency protocols, but added, "Our local partners have been trained on how to handle these kinds of emergency situations, and they supported local evacuation efforts."

Bishop Jose Bagaforo, head of Caritas in the Philippines, said his office had been coordinating with local Caritas offices to distribute relief goods.

"Caritas is also ready to send financial assistance if and when needed by dioceses damaged by this [typhoon]," the bishop added.

Church officials had been bracing for the typhoon as it increased in strength. The Philippine bishops' CBCP News tweeted photos from Sorsogon City, where pews at the diocesan shrine had been rearranged in squares to allow for evacuees, who also faced the need for social distancing because of COVID-19.

Tristan John Cabrera, regional reporter for Unbound in the Philippines, also spoke of complications because the typhoon hit during the pandemic.

More than a thousand families served by Unbound, an international nonprofit founded by lay Catholics, fled to evacuation centers.

"We [Filipinos] have always been resilient after every calamity," Cabrera said. "But honestly speaking, it is much harder right now that we are facing this strong typhoon while keeping ourselves healthy against the pandemic."