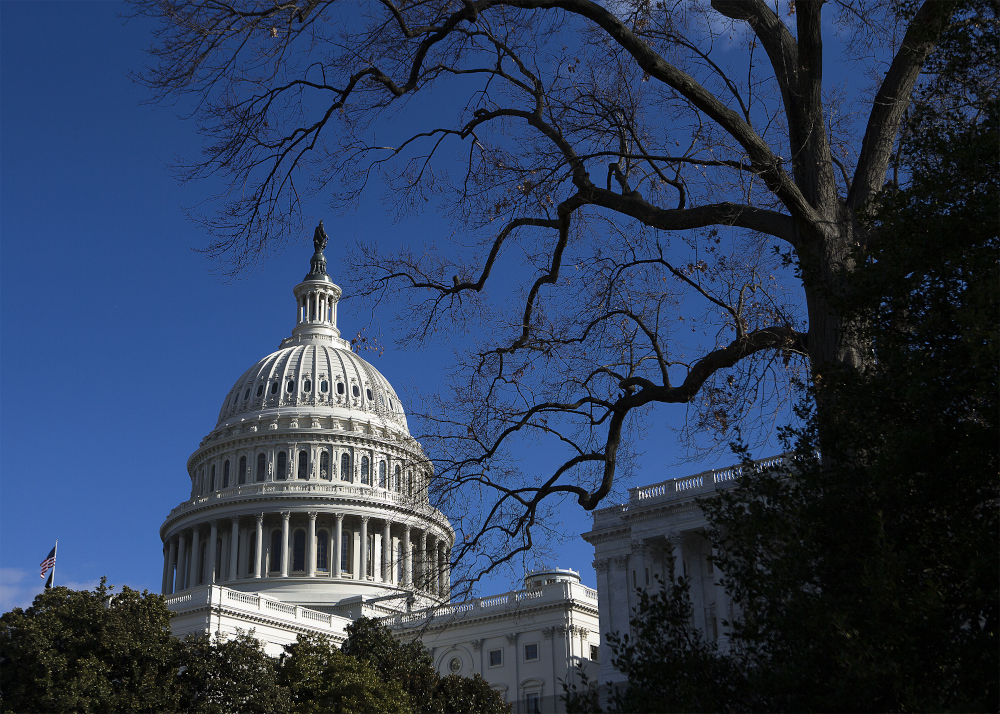 Real quick, just so we're all on the same page, let's review the basics.

The world is warming, and fast. We're currently on our way to heating our pretty little planet up a whopping 3 degrees Celsius above pre-industrial levels by the end of the century. That's a very bad thing. We don't want this. At that temperature, millions of lives will be lost. (And, as you know, Catholics care about life, a lot).

In 2016, under the Obama administration, the U.S. signed onto the Paris Climate Agreement and pledged to do its part in limiting warming to around 1.5 degrees Celsius. To meet this target, scientists say the world needs to reach net-zero carbon emissions by the year 2050. That's a huge, complicated task. Our entire economy, currently running on the carbon-rich fumes of fossil fuels, must be radically transformed at a breakneck speed.

So, can we do it? Can we achieve net-zero emissions?

On June 30, House Democrats gave a blueprint they say will get us there. "Solving the Climate Crisis: The Congressional Action Plan for a Clean Energy Economy and a Healthy, Resilient, and Just America" is 538 pages of legislative proposals to get our United States of America to net-zero carbon dioxide emissions and net-zero greenhouse gas emissions by 2050. The plan is the product of more than a year's worth of detailed work by the House Select Committee on the Climate Crisis, which gathered testimony from hundreds of experts from scientists to tribal leaders to youth activists.

Vox climate reporter Dave Roberts called it "the most detailed and well-thought-out plan for addressing climate change that has ever been a part of US politics – an extraordinary synthesis of expertise from social and scientific fields, written by people deeply familiar with government, the levers of power, and existing policy."

As long as Republicans control the Senate and the White House, this plan will remain just that. Nevertheless, it makes clear what's possible if Democrats win big in November.

But carbon neutrality alone won't stop the climate from changing. Climate change is already here, it's already having an impact and it will continue to do so, especially on low-income and minority communities. This means that any comprehensive plan to address climate change must go beyond simply limiting carbon emissions but prioritize environmental justice as well.

The Democrats' plan does just that.

The very first paragraph of the report's very first page mentions the killing of George Floyd, as the authors attempt to not only connect this report to the broader reckoning moment on race we're currently in, but position the document as a tool to directly address the systemic racism being protested on the streets.

"This report offers policy recommendations that address the urgency of the climate crisis and begin to repair the legacy of environmental pollution that has burdened low-income communities and communities of color for decades," the plan states. "Climate solutions must have justice and equity at their core."

Each pillar has multiple subsections, and each subsection has its own lengthy list of policies.

Clearly many of these pillars, if implemented, would have a tremendously positive effect on environmental justice, like investing in workers (and providing them the opportunity to build more power by forming unions), improving public health and making communities more resilient to climate change's many impacts.

For our purposes, let's take a quick look at that sixth pillar, literally the "central" pillar, to see some examples of the environmental justice-related policies.

The report maintains that Congress should make environmental justice a "cornerstone of climate policy" by:

And that's just the tip of the iceberg. To ensure that federal climate policy actually achieves justice, the plan would have Congress direct the National Academies of Sciences as well as individual states to study and assess the disparate impacts of climate policies.

According to the non-partisan think tank Energy Innovation, implementing the Climate Crisis Action Plan would avoid 62,000 premature deaths annually by 2050, and would provide nearly $8 trillion in cumulative climate and health benefits through 2050. 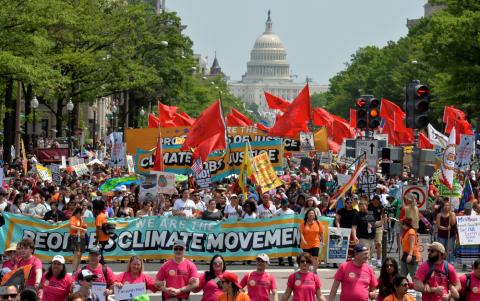 There are currently no clear cost estimates for the plan. However, the plan does embrace many of the same tenets as the Green New Deal, which former presidential candidate Bernie Sanders said during his primary campaign that he planned on allocating $16.3 trillion to. A recent study from a Stanford University engineering professor found that transitioning America to renewable energy wholly by 2050 would require an upfront investment of $7.8 trillion, but that would help the U.S. avoid $3.1 trillion a year in climate damages.

Hopefully, as it's studied more thoroughly going forward, we can get more concrete examples of the environmental justice benefits should this plan be executed.

Of course, while the Democrats are getting some credit for this ambitious plan, the emphasis on environmental justice and racism is the result of decades of activism and advocacy by people of color and frontline communities that have been rightfully demanding a seat at the policy decision-making table.

And we must remember this: none of it will matter if the Republican Party retains control of the Senate and the White House.