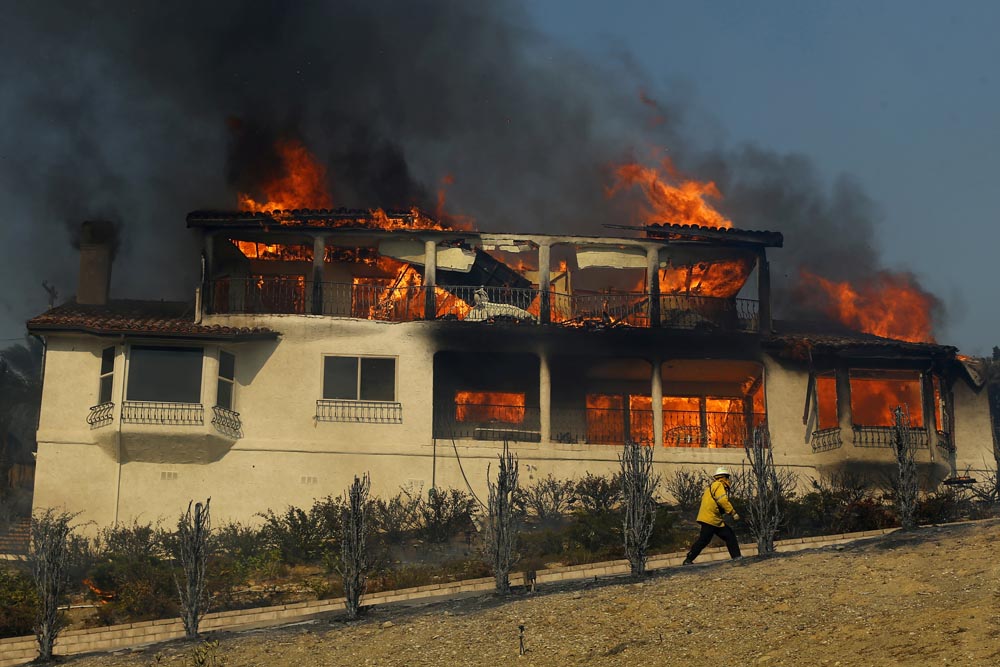 VENTURA, Calif. — Thomas Aquinas College was evacuated and canceled classes Tuesday, Dec. 5, as wildfires threatened the area. The school has yet to reopen.

The fire began in the hills near the college, and has been spreading rapidly since Monday night.  The Ventura County Fire Department tweeted Thursday morning that the "Thomas Fire," as it has come to be known, had burned 96,000 acres and was at 5 percent containment.

The college posted an update to its homepage Dec. 6, stating that while the power is off and the road to the college closed, administrators are hoping to reopen next week for final exams. Catholic News Agency reports that all students are safe.

WASHINGTON — Georgetown University stated that it will continue contraception coverage for students in an update to its student health website Dec. 1, despite the Trump administration's relaxation of the mandate that required the university to offer it in the first place.

As with the University of Notre Dame, which announced a similar arrangement last month, Georgetown's third-party providers will cover contraception under an accommodation the Obama administration made for Catholic and other faith-based organizations that objected to coverage on religious grounds. "UnitedHealthcare will provide separate payments for contraceptive services that plan participants use, without cost sharing and at no other cost to plan participants. Georgetown will not administer or fund these payments," the university said on the student health website.

The announcement comes amid pressure from student groups to maintain coverage. H*yas for Choice, a pro-choice student group not officially recognized by the university, had published an open letter to Georgetown administrators calling for continued coverage, and was planning more action before the university's update, according to student newspaper The Hoya.

NEW YORK — A Dec. 5 Facebook video by Mic offers insight into the alleged "war on Christmas."

"I don’t think Jesus would care much whether we say 'merry Christmas,' " Jesuit Fr. Kevin O'Brien, dean of the Jesuit School of Theology at Santa Clara University, says in the video. "That debate sometimes can be a distraction."

O'Brien says that Jesus was not concerned with self-promotion, but by the "reign of God. … This reign, this community of justice, peace, and love — that, to him, was more important than any title for himself."

Ultimately, it is more important to live the Christmas message than to greet others with "merry Christmas." "It should not be about litmus tests, about whether I say 'happy holidays' or ‘merry Christmas,' " O'Brien says in the video. "To me, that’s an easy way out to prove your Christianity."

WASHINGTON — The Catholic University of America has begun upgrades to their energy system, according to a Dec. 2 report by The Tower, the university's student newspaper.

"The project aims to replace heating and cooling systems in the University, reduce energy consumption, and better allow for future repairs and maintenance that will not disrupt campus life," The Tower's report says. The first phase, now underway, involves the installation of a new underground piping system to deliver utilities to buildings on the university campus.

The university says that the new project will reduce its natural gas consumption by 17 percent annually.

The new classes will "create an opportunity for a short-term learning experience in response to a current, unfolding event or an identified need or interest that isn't being accommodated in the traditional curriculum," Karen Talentino, vice president of academic affairs at the college, said in the press release.

The courses are 0 to 1 credits and are taken on a pass/fail basis. Two are currently being offered: one "discusses issues of diversity, inclusion, and leadership on college campuses" and is taught by members of the college's Center for Diversity; the other "is designed to teach students how to properly use technology and be safe online," and is taught by three staff members from the college's IT department.