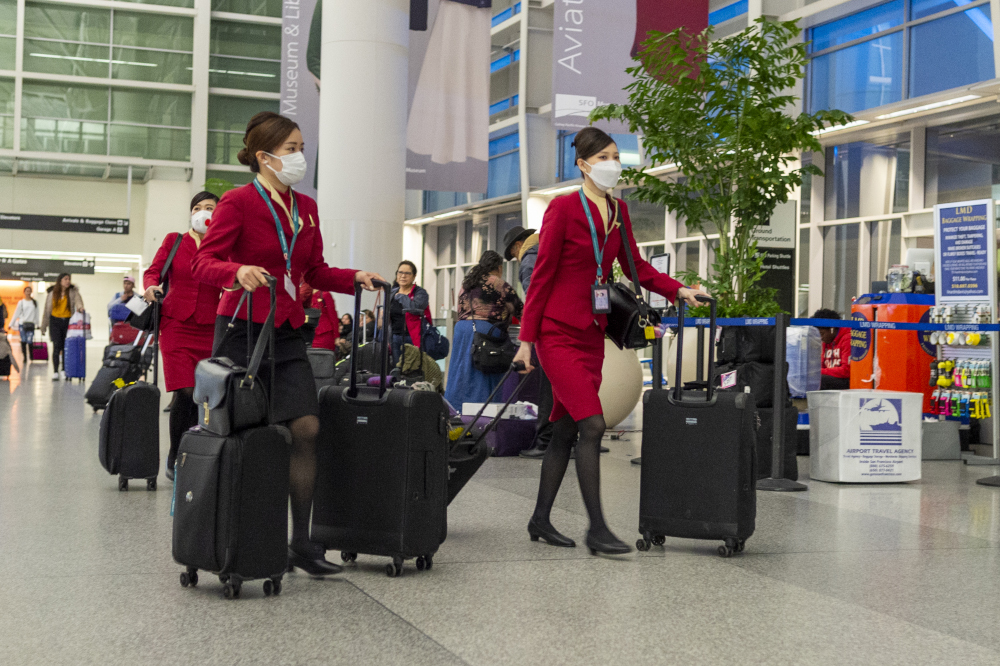 It's true, the global response to the virus has led to significant dips in carbon emissions worldwide. It's also true that some experts are saying the response shows the potential for radical political action in the face of an emergency.

However, do NOT get it twisted. Coronavirus is NOT a good thing. For addressing the climate crisis or anything else. At all.

First off, the outbreak is disrupting crucial international negotiations, potentially crippling the chances of a sufficient international climate agreement – remember, we only have 10 years to limit a climate catastrophe. Other possible drawbacks include weakening public political will for climate action and actually encouraging an eventual bump in greenhouse gas emissions when governments look to revamp the global economy.

All in all, it's too early to know exactly what impact coronavirus will have on the climate. But for now, to help sort through all the confusing information out there, let's break down why a couple of apparent "silver linings" might just complicate the fight against climate change.

Can we talk about China?

To understand what's going on, we must talk about China – both the largest greenhouse gas emitter in the world and the source of the coronavirus outbreak.

By now you might have heard that China's carbon dioxide emissions are down 25 percent since February. Maybe you've also seen this dramatic NASA image of China's pollutants decreases: This is good, right?  Don’t lower emissions equal a slowing of climate change?

Not so fast. A slight "dip" in emissions won't really make a difference in the long run. Changing the overall upward trend in emissions is what's important.

So the question then becomes: Will this reduction last?

Sadly, history suggests not. Worldwide emissions similarly dropped during the 2008 recession, but within a year they bounced back with a vengeance. The Chinese government has already pledged bigtime stimulus, which means we can expect a bigtime emissions rise as factories get back to work.

Also, as Catholics it's especially important to keep in mind that the current emissions reduction is caused by suffering endured by real people. That's not how we want to solve the climate crisis. Here's how NYU environmental studies professor Gernot Wagner put it in the MIT Technology Review: "Emissions in China are down because the economy has stopped and people are dying, and because poor people are not able to get medicine and food. This is not an analogy for how we want to decrease emissions from climate change."

Interestingly enough, China is also a major global supplier of clean energy technology like solar panels and wind turbines. Production and shipments are both down because of the coronavirus, disrupting the clean-energy supply chain around the world.

What about planes and travel?

Commercial air travel is one of the worst emitters in the world. So if I told you that global air traffic went down 4.3 percent in February, it would be fair to assume that's probably a good thing.

Before the coronavirus hit, many airlines were responding to pressure by planning initiatives to cut their greenhouse gas emissions. Now, airlines are heading toward financial crisis, threatening those long-term efforts. Nevertheless, if this moment does create widespread behavioral changes – including more comfort with remote work and teleconferencing – that might lead to important structural changes that reduce our overall fossil fuel consumption.

Perhaps the most important impact of the dramatic fall in travel is the cancellation of international climate meetings. The U.N. has already cancelled a series of meetings leading up to a major November meeting in Glasgow, Scotland – the most important since the Paris Agreement of 2015. Time's climate reporter Justin Worland explains why that's bad:

The cancellation of meetings may sound dull, but it has the potential to totally derail climate talks at a delicate time. The last major international breakthrough on climate came at the 2015 Paris climate talks after a year of behind the scenes maneuvering from diplomats around the world. China and the U.S. made a joint commitment to work together to reduce emissions, a tone-setting statement from the world’s largest emitters. Countries vulnerable to climate change banded together to form a formidable alliance. And France coordinated the myriad demands from the ... countries that would gather in Paris. Such a schedule is widely seen as a necessity for big breakthroughs on the issue, and not being able to meet face to face has left climate policymakers in the lurch.

So, how will coronavirus affect the political landscape then?

This is a huge uncertainty.

In 2019, millions of people went to the streets to protest government inaction. Three months into 2020, millions are now being forced to stay inside their homes to limit the spread of the virus. This could stymie the progress made last year. "In many countries, the political conditions are not conducive to a strengthening of climate action," a former senior climate negotiator told Time. "Coronavirus will make a bad situation worse."

Or, coronavirus might shift the political landscape, with policymakers seizing the moment for a green transition, raising taxes on carbon emissions and helping retrain workers for cleaner sectors. The Guardian wrote that the response to coronavirus "has shown how political and corporate leaders can take radical emergency action on the advice of scientists to protect human wellbeing."

As part of its Green Deal to decarbonize by 2050, on March 4 the European Union rolled out a new carbon tax plan that will tax products from countries that aren't working to reduce emissions. Here's to hoping this plan not only works but survives the coronavirus because, if we get out of this thing alive, God knows we'll need one.

What can I do?

Wash your hands and stay safe, that's what matters right now. But make sure not to forget about the climate crisis. Fight on.