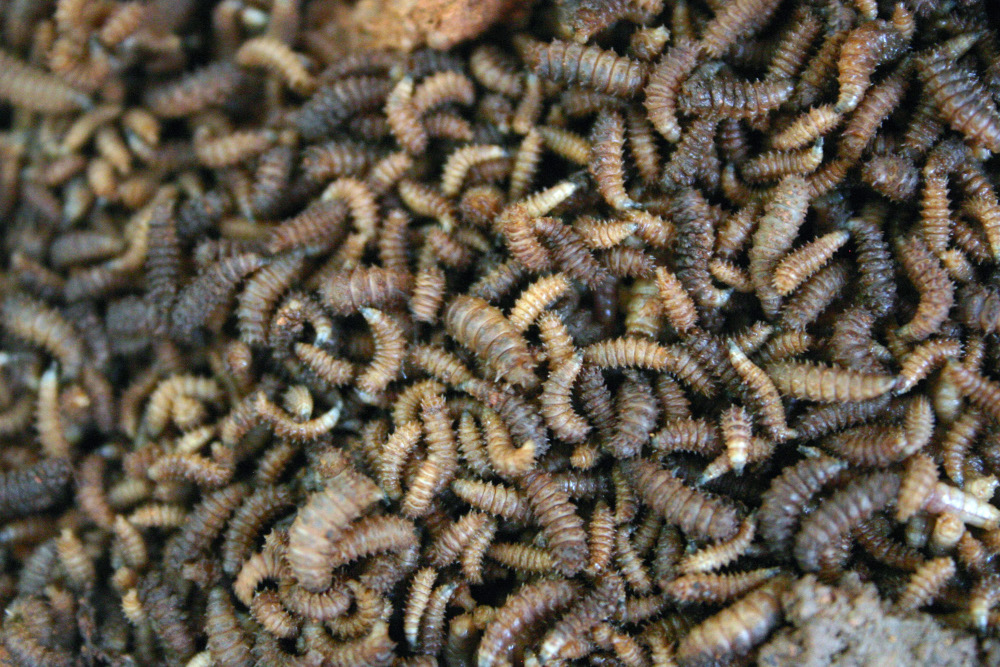 Maggots have many positive attributes, including being high in protein and eliminating waste. (Paul Venter/Creative Commons)

Because of the apocalyptic consequences of global warming, many are hoping for a miracle from God or science to save us from ourselves. Maggots may be part of that miracle, and if they are, it will show scientists can use one of God’s most revolting creations to save us.

Melting glaciers, rising ocean levels and the extinction of a million species are just some of the dire effects forecasted as a result of global warming. The impact on humans will be catastrophic, dwarfing the damage we have seen so far from hurricanes, earthquakes, forest fires, droughts and wars.

The disruption of food supplies will cause millions to starve. Dried-up rivers and lakes and the flooding of coastal cities will force millions to migrate, making the current refugee crisis look like a picnic in the park.

If humanity ever needed to pray for a miracle, it is today, but most of us are disbelievers or at least agnostic when it comes to miracles.

Years ago, there was a group of Jesuits working in a rural village in Latin America where the crops were failing because it had not rained. The priests were busy organizing the peasants to pressure the government to come to their assistance with irrigation projects and financial aid. Petition were circulated; demonstrations were organized.

When the government did not respond, the people came to the priests and asked them to bring the statue of Our Lady of Guadalupe into the fields so they could pray for rain. The priests kept putting the people off, saying that "We don’t do things that way anymore." Finally, the people made clear that if the priests did not bring Our Lady into the fields, they were going to burn the rectory down.

So, off the procession went from the church into the fields, with rows of altar boys, candles, incense, the choir and the whole village praying for rain. After the statue made it halfway through the fields, it began to rain. "See, Fathers, we told you," the people said. "You have to have faith."

While I love this story, the rain only brought temporary relief to this village. More will be needed for the long-term survival of the village and for our world than just one day of rain.

Perhaps the real miracle we need is a conversion of heart that will impel those who are rich to live simpler and carbon neutral lives. The carbon footprint of those living in the First World still dwarfs that of developing countries. Such a conversion would be more miraculous than a sudden rainstorm.

Many in the First World who do not want to live more simply are placing their hope in science to find a miraculous solution to our climate crisis. Huge, expensive technological solutions have been proposed, such as nuclear fusion. Alternative energy sources are being developed; carbon recapture projects are being proposed.

One group of scientists is, however, thinking small. Maggots are being examined as a source of protein by scientists in College Station, Texas, according to The Washington Post.

The larvae of the black soldier fly have "remarkable ability to transform nearly any kind of organic waste — cafeteria refuse, manure, even toxic algae — into high-quality protein, all while leaving a smaller carbon footprint than it found," according to a story that ran in the Post on July 3. "In one year, a single acre of black soldier fly larvae can produce more protein than 3,000 acres of cattle or 130 acres of soybeans."

In a week, a "modest" size colony of larvae (1.6 million) can turn a ton of organic waste into 100 pounds of protein and 400 pounds of compost. They will eat almost anything organic: pig manure, human waste, food scraps, waste from distilleries, etc.

This kind of food waste contributes to 7 percent of the world’s greenhouse gas emissions, according to a 2011 report from the United Nations.

The larvae not only eliminate the greenhouse gases, they also become protein that, when roasted, can be used as feed for animals. This would take pressure off ocean species currently being overfished as a source for animal feed. One quarter of all fish harvested from the ocean are fed to fish, poultry, hogs and other animals.

Scientists and engineers are working on ways to make this commercially viable. One Texas company is already breeding larvae for pet reptiles. Researchers hope that larvae will be competitive with ocean fishmeal prices within five years. It would be ideal if the process could be miniaturized for use on farms to recycle animal and plant waste.

"They have a pleasant, neutral, nutty flavor to them," wrote Christopher Ingraham, the brave Post reporter who tried them. "Slather them in powdered ranch or barbecue seasoning and it’s easy to imagine bags of them flying off the shelves in truck stops and convenience stores."

Scientists working with, rather than against, God’s creation, even with maggots, may discover the deus ex machina we need to survive as a species. If so, it will be proof that God is not only gracious but has a sense of humor.