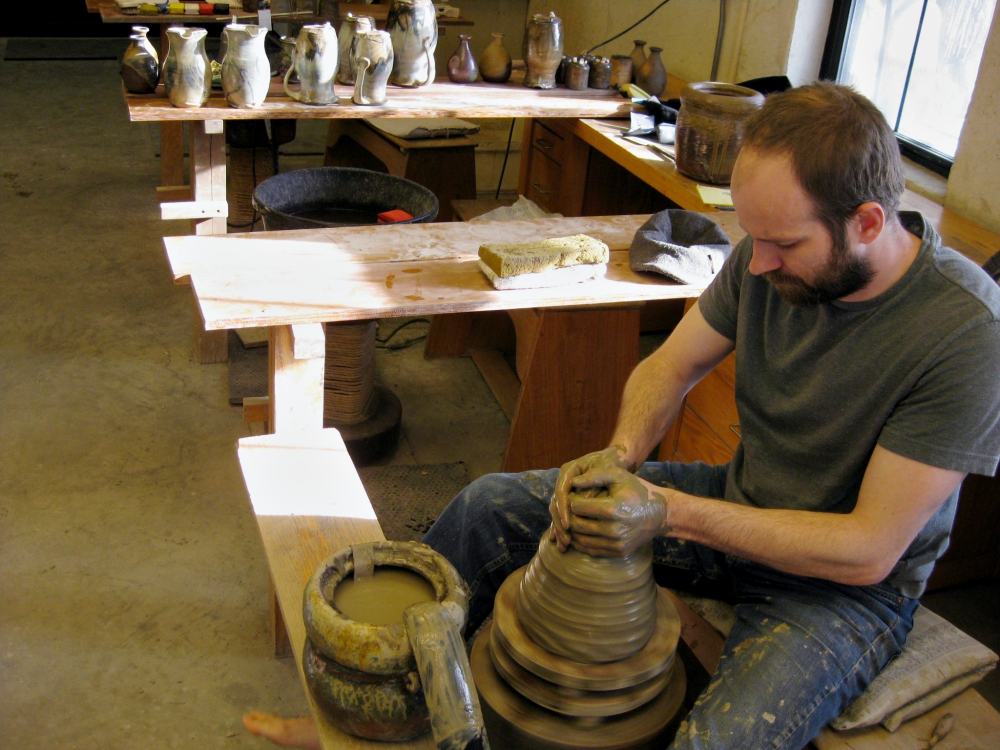 Ora et labora ("pray and work") can easily come to mind when one is patiently centering clay on a potter's wheel near a Benedictine abbey.

St. John's University, with its proximity to St. John's Abbey, is home to an uncommon art program: the St. John's Pottery program. The program illuminates the liberal arts philosophy of the school through the artistry of artist in residence and director Richard Bresnahan.

The pottery program started in 1979 when Bresnahan, an alumnus, accepted an offer to be artist in residence from St. John's president Benedictine Fr. Michael Blecker. The school and abbey appreciated art — many of the campus buildings were designed by renowned architect Marcel Breuer — and the monks' woodworking can be found all across campus.

Before the offer, Bresnahan had studied at St. John's with an emphasis in ceramics and as an apprentice for almost four years in Japan with Nakazato Takashi, a 13th-generation potter. It was Benedictine Sr. Johanna Becker, Bresnahan's teacher and mentor, who secured the elusive apprenticeship to Nakazato.

While in Japan, Bresnahan noticed the similarities between rural potters and the Benedictine monastic experience, "in the sense that they worked together in community as interlocking families, how they worked with the natural materials of their environment ... in really a sustainable way," he said.

"Sustainability wasn't even really talked about in the 1970s," he said. "It was a foreign word in America."

Blecker was interested in the pottery experience and asked upon Bresnahan's return what St. John's could do for him. In response, Bresnahan said, "I want to build a pottery program similar to the way Benedictine monks worked in a symbiotic relationship with the land."

He detailed what he envisioned the studio would become, including digging its own clay (an important step for rural Japanese potters), having an environmental review at every step, teaching apprentices, and being an open studio so the public could share in the studio's philosophy of eco-mutualism. Blecker gave it the go-ahead.

Right at the start of the program, Bresnahan was able to salvage an abundance of clay being removed from a nearby county road, enough clay to last the next 300 years. Hopeful, perhaps. But the Benedictines — an order established in the sixth century — point out that 300 years is not a long time at all. Jokes aside, Bresnahan looks at that clay decision as a commitment by the university to the studio and to creativity. 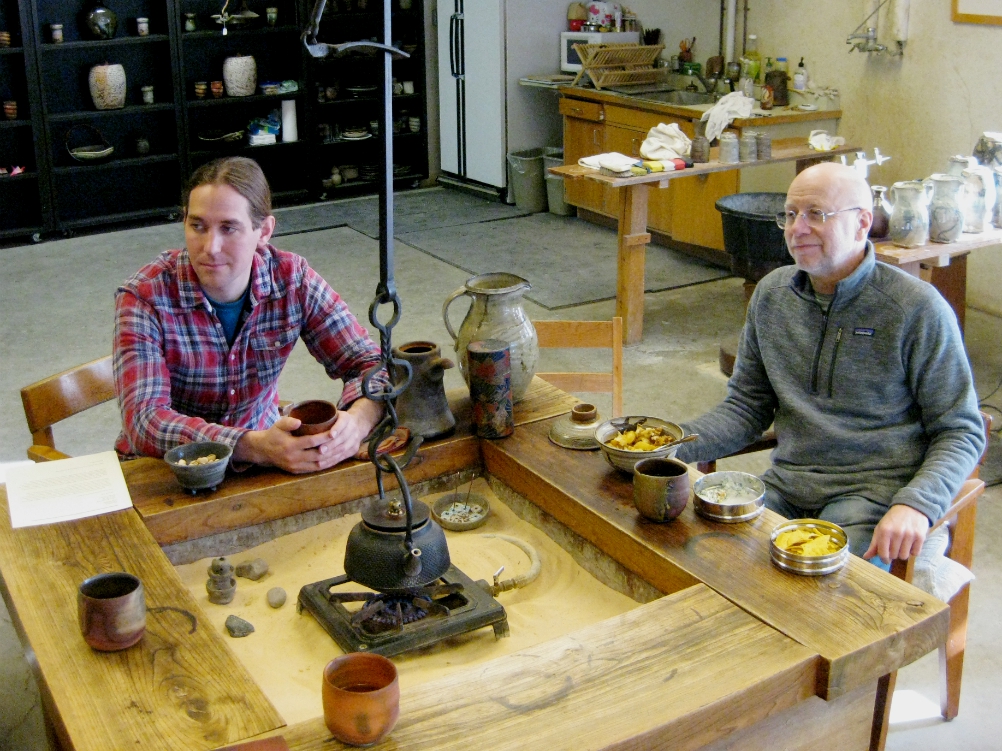 Thousands of years ago, the churning of glaciers left richly diverse geological layers in Minnesota. This makes each region's clay specific to its own, studio manager Ryan Kutter said. The glaze components are from the local areas as well, using such materials as navy bean straw ash, and sunflower hull ash to achieve the admired aesthetic coats, Kutter said.

Bresnahan uses recycled material and secondhand equipment for the pottery studio. The water used in processing the clay is recycled. The machinery used in clay processing has been salvaged.

The pottery studio building is even "recycled": The building was originally half of a mile away from the current site, and in the 1990s it was to be razed to make way for a new building. To save the pottery program, the school and abbey decided that the old building should be moved.

The studio is known for its Johanna kiln, an 87-foot-long, 6-foot-wide and 6-foot-tall wood-burning kiln, the largest in the country, according to the studio. Bresnahan designed the intricate structure to last 150 years and about 30 volunteers helped him build the fuel-efficient kiln in the 1990s.

The kiln is named after Becker, not only Bresnahan's mentor and teacher but a noted art historian, Japanologist, former academic dean of the College of St. Benedict, and an art faculty member. Becker, who died in 2012, wrote an extensive history of the Nakazato family.

About every two years, the Johanna kiln is fired (the process of putting clay through waves of high temperatures to make it into pottery) and can fit 10,000-12,000 pieces of pottery — a typical urban ceramic studio kiln probably fits fewer than 900 pieces. The kiln has three chambers (inspired by Pacific Rim kiln designs), each chamber specific for a certain type of glaze composition and appearance.

Trees used to fuel the Johanna kiln are local, and no tree is gained from clear-cutting or nonsustainable systems, earning the studio certification from the Forest Stewardship Council.

In the fall when the kiln is initially fired, hordes of people congregate, not only to watch but to help. A gas kiln and an electric kiln are in use throughout the year in the studio.

The production studio hosts apprentices and visiting artists. The undergraduate college pottery program is at St. John's partner college a few miles away at the College of St. Benedict in St. Joseph, Minnesota.

The running of the studio reflects the Benedictine values of stability, stewardship, hospitality and the dignity of work. Anyone is welcome to afternoon tea. Each summer brings about 4,000 people to visit the studio, Bresnahan said. Most artists want to work in privacy, but the St. John's studio has a commitment to share knowledge with the public "because you're representing a university of learning and giving," he said.

Bresnahan earns his living by selling his pottery, not a university salary. He teaches apprentices the financial difficulty of a creative life. But artists often aren't in art to get rich. If this was a business, it shouldn't be a part of a university, Bresnahan said. 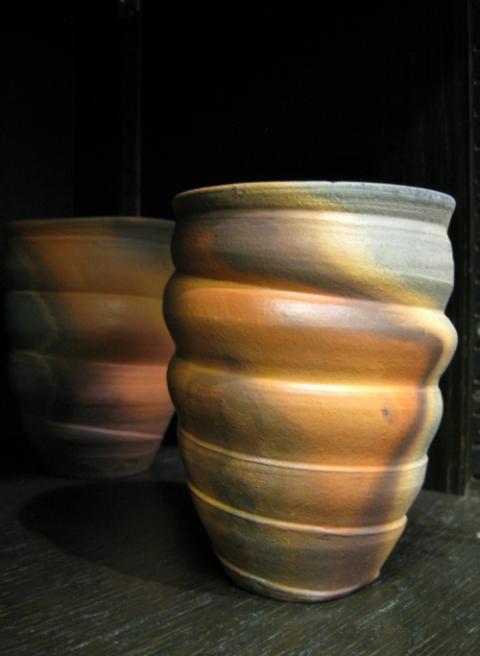 The works of artist in residence and director Richard Bresnahan is displayed on shelves throughout the St. John's Pottery studio in Collegeville, Minnesota. (Zoe Ryan)

Grants and endowments fund the studio, including apprenticeships. Many apprentices leave the program and go professional or become teachers.

Kevin Flicker could devote only a summer to an apprenticeship, but his time with Bresnahan in 1985 was so intense that it felt like a Master of Fine Arts program.

Flicker taught ceramics at the University of Minnesota Morris after his apprenticeship and sent a number of students to be apprentices at the studio. Flicker, now retired, still attends the Johanna kiln firings.

"My apprenticeship with Richard was one of the pivotal times of my life," he said.

Forty-eight apprentices have gone through the program. Brandon Russell is the current apprentice. After studying studio arts in college, he looked for ways to extend his pottery education. The St. John's program was unlike any the native Illinois potter found: mentorship from a master potter, commitment to the environment, enough money for health care, and development of a creative voice.

Bresnahan highlights the abundance of diverse disciplines at universities in the 1960s and 1970s, which allowed for valuable cross-discipline ideas and projects, notably between the sciences and the creative arts, but now with many art departments closing, he said, "the opportunity for young people to have creative dialogues is shrinking."

The class Bresnahan currently teaches is environmental art and architecture. Instead of talking theoretically or idealistically about sustainability, students can start talking practically after seeing all of the sustainable aspects of the studio.

There is a translation of the spiritual world into the creative world, he said. "I try to do that through making really wonderful, functional pieces of pottery in the most ecological and compassionate way possible."

A version of this story appeared in the March 23-April 5, 2018 print issue under the headline: Earth to table.