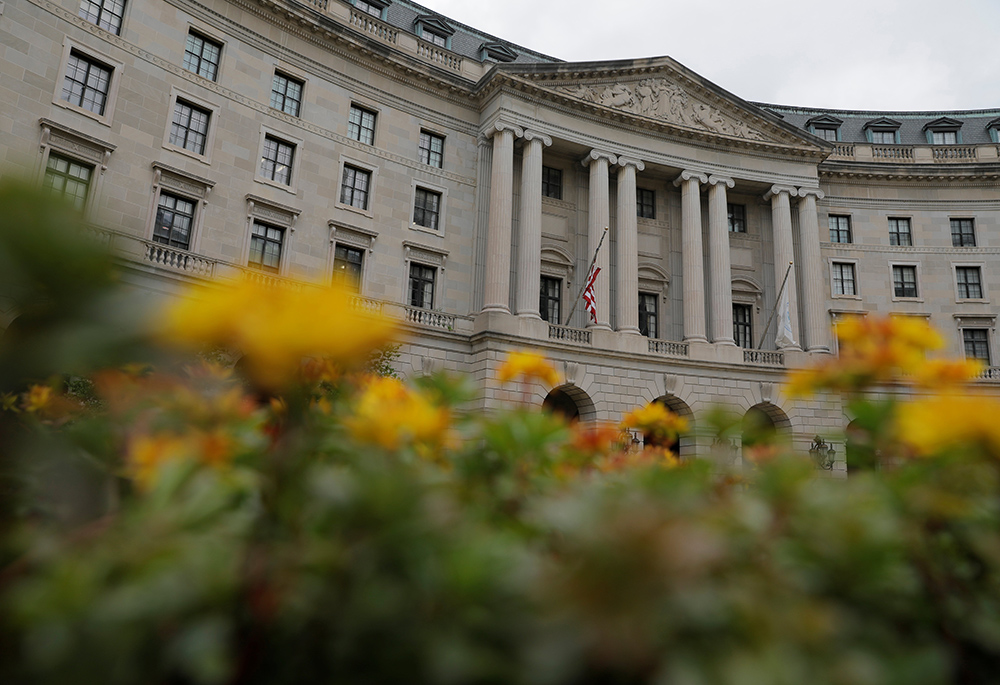 Flowers are seen in front of the headquarters of the Environmental Protection Agency May 10 in Washington. (CNS/Reuters/Andrew Kelly)

The recent ruling by the U.S. Supreme Court severely restricting the U.S. Environmental Protection Agency from regulating pollution from power plants places a match under the vision laid out by Pope Francis in his 2015 encyclical "Laudato Si', on Care for Our Common Home." The West Virginia v. Environmental Protection Agency decision delivered June 30 also severely undercuts important efforts to limit the rise in global temperature to 1.5 degrees Celsius, a threshold noted by scientists as necessary to avoid the worst effects of climate change.

In light of the vision of Laudato Si', the Catholic community of the United States must take a firm, public stance against this anti-life Supreme Court decision. Hopefully the U.S. Catholic bishops will assume a leadership role in this regard. Such an effort must go beyond simple words. It needs to include concrete action such as promotion of the Laudato Si' Movement's efforts to increase divestment from fossil fuels. This initiative has the support of Francis and has shown signs of success as some $1.25 billion has been divested by religious institutions on a global level.

Any pro-life orientation in Catholicism, if it is to be authentic, must include ecological destruction through the reliance on fossil fuels as a central concern. The late Cardinal Joseph Bernardin's "seamless garment" (which seems to be behind the Vatican's official response to the U.S. Supreme Court's ruling on Roe v. Wade) merits a second look in this regard.

Ecological destruction today has a complex parentage. But among its major causes, pollution of our air and water through carbon emissions is significant. Since the United States resides at the top of the list of carbon emitting nations, this Supreme Court decision will impact global society as a whole. Climate destruction, when we calculate its overall impact, may in effect pose the greatest challenge to life both for the human community as well as the rest of creation. Its impact via flooding, excessive heat, famine due to drought and other climate-induced weather events is already killing people and may do so to an ever-increasing degree. Many island nations and coastal communities may partially or wholly disappear. 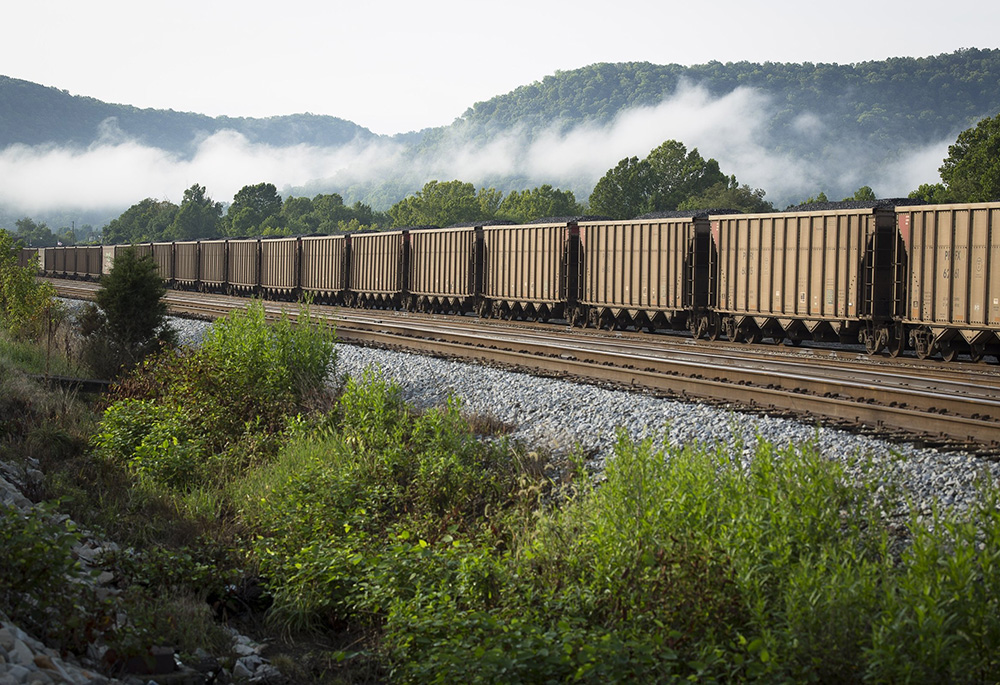 The international Laudato Si' Movement protested the decision and expressed fears that it would open the doors to the transfer of a million barrels a day of tar sands from Canada to the United States, which may result in spills that would prove highly destructive, if not catastrophic, for farmlands, water supplies and the sacred lands of Indigenous peoples whose understanding of care of creation remains vital to the building of a pro-creational, pro-life mindset in Catholicism.

The second Catholic-based organization to speak out against the West Virginia decision was the Catholic Climate Covenant. In a statement, the Covenant's executive director Jose Aguto challenged the decision on the grounds that it was deeply anti-life given the abundant, concrete evidence of the destructive impact of carbon emissions on the human community and the rest of creation.

The Catholic community in the United States and globally needs to take these critiques with utmost seriousness. The Supreme Court's stance will give new life to the dying fossil fuel industry at a time when it should be laid to rest permanently. In light of the irresponsible decision by the Supreme Court, it is now incumbent on the Catholic community to pursue paths of carbon mitigation.

In the spirit of Laudato Si', Francis has worked tirelessly — publicly and privately — to scale back global pollution caused by our still heavy reliance on fossil fuels for basic energy needs. He has met numerous times with the leadership of global energy companies to urge them to reduce dependence on fossil fuels. He has championed investment in green energy alternatives as a replacement for fossil fuels in pursuit of a global green economy along the lines laid out in a proposal commissioned by the European Union, which has gained provisional approval from most of the EU's member states, with the so-called "Catholic Polish government" being a major dissident.

This energetic effort by Francis has shown a modicum of success as important CEOs have pledged to work toward the curbing and eventual elimination of carbon fuels. Global corporations taking steps in this direction are well ahead of the political forces in the United States in the effort to end dependence on fossil fuels.

In pursuit of the goal of incorporating climate responsibility into the fundamental template of Catholic identity, we can cultivate personal and institutional awareness of the proposed United Nations resolution of the right of every person to a sustainable and healthy environment. This resolution, initiated by the U.N.'s Human Rights Council, is likely to come before the U.N. General Assembly this summer. Five nations are the core sponsors of the resolution: Switzerland, Morocco, the Maldives, Costa Rica and Slovenia. It is expected to pass by an overwhelming vote but questions remain about the posture of certain key countries such as the United States and China.

Related: There's no ignoring the Supreme Court's motivations in ruling against the EPA

There is a history of State Department lawyers blocking the U.S. government from signing such resolutions, even though they are not legally binding, on the grounds that they can open the door to lawsuits against the U.S. government. Religious nongovernmental organizations plan to lobby the Biden administration to add its signature to the resolution. The Parliament of the World's Religions is actively promoting a positive response, and they have the support of Francis, who has endorsed the idea of such a resolution in a message to the Council of Europe.

Taking seriously the pope's call for "ecological conversion" as the heart and soul of a Catholic creational spirituality can provide a necessary comprehensive foundation for specific actions. By and large such conversion has not happened. Ecological responsibility remains at the fringes of Catholic consciousness and spirituality, even among many in the Vatican II-oriented parts of contemporary Catholicism.

A version of this story appeared in the July 22-Aug 4, 2022 print issue under the headline: Catholics must stand against the Court's climate ruling.