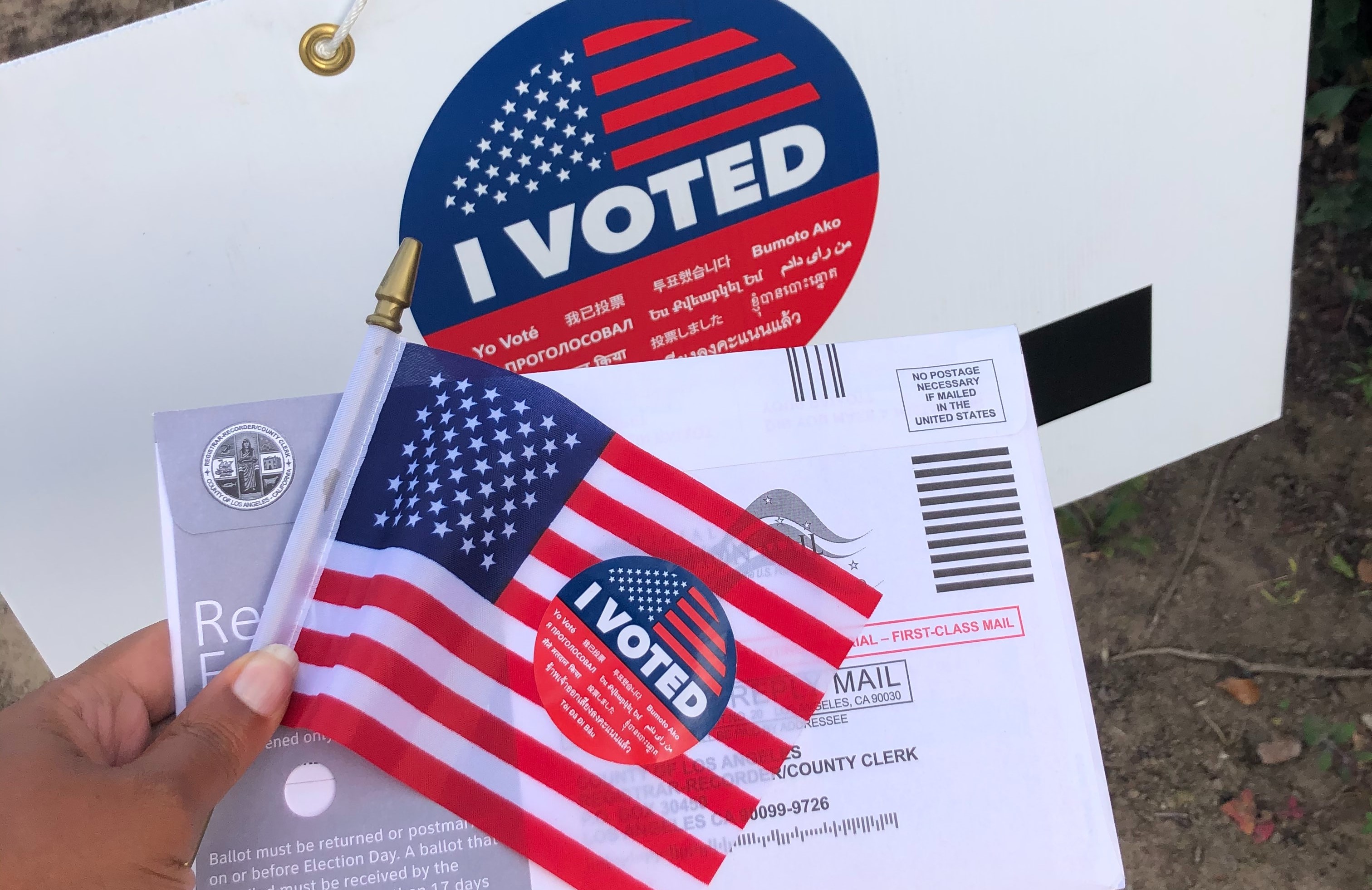 This may be the last election in which we can vote for our climate future.

Changes in human beliefs, attitudes and behaviors take time. Government action takes even longer. But with about 2,500 days until 2030, when we will reach a "point of no return" on our climate situation, time is the one thing we don't have.

Yet climate change isn't at the forefront of most voters' minds. The Yale Program on Climate Change Communication has found that climate change ranks 24th out of 29 issues voters say they will consider when deciding whom to vote for in the upcoming election. The irony is that climate change is already affecting issues that are top-of-mind for many voters: the economy, national security and health care and, left unchecked, will usher in catastrophic consequences for all human life and our planet's future.

The large majority of Americans, too, believe we must act on climate change. Three-quarters of Americans support full participation in international climate change efforts, according to a recent analysis by the Pew Research Center, including a majority of Republicans. Research by Beyond Conflict has shown us that our perceptions about our differences on critical issues as Americans are far worse than our actual differences. In other words, we have far more in common than we realize.

According to Pew, 9 out of 10 Americans favor planting a trillion trees to absorb carbon emissions. Eight of 10 support a corporate tax credit to develop technology to capture and store carbon emissions. Seven out of 10 favor demanding that power companies use more renewable energy, that corporations get taxed based on carbon emissions or that Americans get incentives to increase their use of hybrid and electric vehicles.

At COP27, the U.N. climate conference that begins in Egypt this week, the world hopes to see America lead the climate fight. Why? Proportionally, we are the world's biggest polluter. As a big part of the problem, we have to be an even bigger part of the solution. We can become the world's climate champion and make America stronger and safer in the process. Conservatives, independents and liberals should be able to support tackling climate change as a path to economic success and human security, as well as the morally right thing to do.

The decisions we make in this midterm election will determine whether we have any hope of averting catastrophic human and planetary damage. If we elect candidates who push for unabated use of fossil fuels, ignoring pollution reduction and failing to advance toward a clean energy future, we put the U.S. and the world in grave peril. We will cost millions of lives and trillions of dollars for decades to come. Our sacred planet may never recover.

Do elections matter? Consider that one elected official from one of our smallest states stopped the Build Back Better Act, which would have boldly tripled the clean energy measures in the Inflation Reduction Act. The troubling back story? The politician's son owns a company that sells waste coal to power plants, and he, his son and his entire state, by choice, chose to keep investing in the fossil fuels that are killing us.

Even if you remain skeptical about climate science, vote your pocketbook. A recent study by Oxford University says that switching from fossil fuels to renewable energy would likely save the world as much as $12 trillion by 2050, with America benefiting most greatly.

By stalling, we are letting China win the renewable energy race. China is running laps around us on producing wind turbines, renewable batteries, ultra-high-voltage electricity transmission lines, electric vehicles and other investments in renewable energy.

It is also about security and safety. Our hunger for fossil fuels makes us dependent on a handful of dictatorships. It causes us to wipe out the rich biodiversity that sustains all human life.

America is just 4.25% of the world's population but accounts for more than 20% of its climate pollution. The irony is that we have the technology and capacity to become self-sufficient and wean entirely off fossil fuels. In the process, America has a real opportunity to ensure its place as a global leader economically and technologically by leaning hard into building a safe, healthy future that takes the climate threat seriously.

We know that there are many barriers to voting. The mighty forces of dark money restrict voting and spread misinformation to distract and disillusion us. The Koch brothers, who profit generously from fossil fuels, have tried every trick to halt renewable energy in America, from stopping local efforts to create public transportation and renewable energy means to trying to gut the Environmental Protection Agency. The U.S. Supreme Court handed this corrupting power to wealthy special interests in the disastrous Citizens United decision, shifting power away from American individuals.

The result is that too many people don't vote. Higher turnout these midterms would be promising, but even with a record turnout in 2020, 80 million eligible American voters didn't bother to vote.

Encouragingly, hundreds of organizations are working on the issue. For example, Interfaith Power & Light has been working for months, making about half a million contacts to eligible but unengaged voters who have a strong interest in the environment and climate change. IPL's impetus comes from a deeply situated faith and values perspective.

Our right to vote must be continually protected. Drop boxes, vote-by-mail and early voting opportunities have been dialed back in many states, to the disadvantage of traditionally decentered communities. Spurious fraud complaints, misinformation and disinformation abound. Redistricting, meanwhile, has created utterly bizarre geographic configurations that seem only meant to fence in and out those whom the ones in power want to maintain their control.

People who don't have access to the vote feel unheard and demoralized. Apathy, cynicism and disconnection from the political system are the results and are triple threats to American democracy. The work to protect and encourage voting is ongoing, but willing voters, who are the bedrock of our democracy, need to do their part. It is a moral obligation.