Content from NCR special sections, including our July 5-18, 2013, Women Today edition, is not available online. These sections explore topics important to today's Catholics, including Our Environment, Catholic Education, Family Life and Theology. 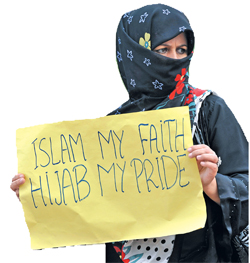 LOUISVILLE, KY . “Writing a book involves a process of researching and gathering facts, facts that cast new light on a subject when one is struggling to understand and that often also challenge one’s assumptions and, cumulatively, work quietly to transform one’s entire understanding of the subject. This certainly happened to me over the course of working on this book,” Leila Ahmed told an audience of about 200 people gathered in Louisville Presbyterian Theological Seminary’s Caldwell Chapel on April 10.

They were there to hear her deliver a lecture on her book A Quiet Revolution: The Veil’s Resurgence from the Middle East to America, for which she received the 2013 Grawemeyer Award in Religion. The book answers the question, “What does the veil, or hijab, mean today?” ... PRINT ONLY 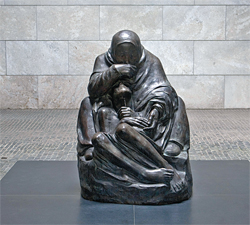 The intersection between beauty and justice
Reviewed by Porsia Tunzi

When it comes to theological aesthetics, consideration of women’s perspectives and understandings has, more often than not, been nonexistent or very limited. Historically, masculine interpretations of beauty and justice have informed the intersection between aesthetics and ethics, say Laurie Cassidy and Maureen H. O’Connell, editors of the new collection She Who Imagines: Feminist Theological Aesthetics. In this book, 12 authors, all women, use feminist methodology to present their own experiences and research, with the hope of widening the conversation.... PRINT ONLY 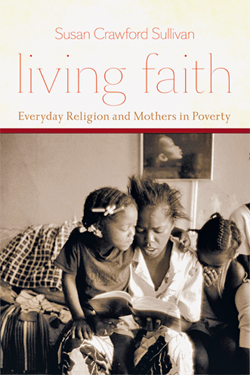 The prayers of mothers in poverty
By Claire Schaeffer-Duffy

It’s only recently that some scholars of religion have shifted their research from the study of worship to “everyday religion,” the living out of one’s faith in daily life. Most have assessed the faith practices of the affluent. Susan Crawford Sullivan chose to study poor, urban mothers. Living Faith: Everyday Religion and Mothers in Poverty (University of Chicago Press, 2012) is Sullivan’s analysis of her research. NCR spoke with Sullivan in her home in Shrewsbury, Mass. ... PRINT ONLY 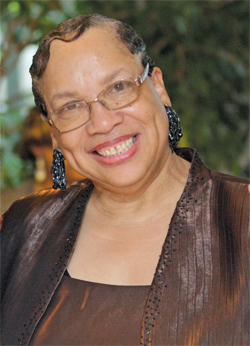 A broad and nuanced understanding of racial and cultural issues is one thing. Facing down racism is another. Veteran journalist, editor and columnist Carole Norris Greene has emphasized that in her work and life. Face-to-face exchange between persons of differing races and cultures — notably over a meal in one’s home — can be “the place where seeds are planted” to allow insight and appreciation to flourish, says Greene. “An ideal way to dispel racism, I am convinced, is to create situations where people will be able to see each other as equals." ... PRINT ONLY 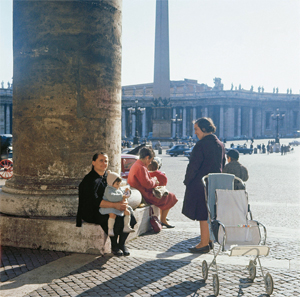 Stepping up during the days of Vatican II
By Zoe Ryan

Belgian Cardinal Leo Suenens notably asked the bishops as the Second Vatican Council (1962-65) was underway, “Why are we even discussing the reality of the church when half of the church is not even represented here?” Eventually 15 (and later eight more) female auditors were chosen to attend the council. But some well-known Catholic women were doing what they could to be involved in some way, whether it was helping with drafts of speeches or just soaking in the atmosphere. Here are a few anecdotes about active Catholic women during the years of Vatican II. ... PRINT ONLY