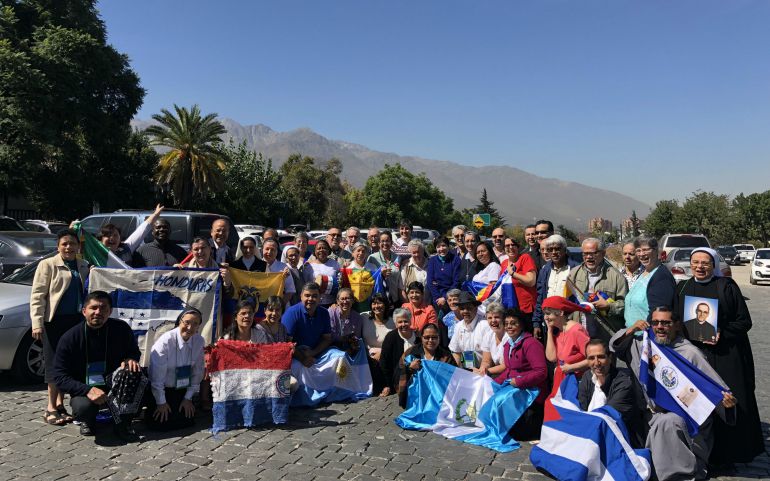 When the Confederation of Latin American and Caribbean Religious (CLAR) decided to form a commission geared toward the protection of minors, Sr. Nancy Negrón Ortiz was the logical choice to help lead that effort.

Ortiz, a Missionary Sister of the Good Shepherd (Hermanas Misioneras del Buen Pastor), is a psychologist experienced in working with abused children and is also a member of the CLAR presidency. The Commission for the Protection of Minors, which first met in November in Bogotá, Colombia, established protocols for responding to victims who come forward that each member country's religious conference can adapt to their own local civil laws.

"Creating this commission was an urgent step for CLAR given the realities that our church is living both at the diocesan level and with our religious congregations," Ortiz told Global Sisters Report while she was in Santiago, Chile, for CLAR's annual gathering March 18-20.

Celebrating its 60th anniversary, CLAR selected Santiago as the site of the gathering to show solidarity with Chilean religious as well as the country's victims, "acknowledging the sins of the church while also demonstrating encouragement and hope for those who part of the church," said Company of Mary (la Orden de la Compañía de María Nuestra Señora) Sr. Liliana Franco, president of CLAR. In 2018, Chile became one of the first Latin American countries where accusations of clergy sexual abuse became public.