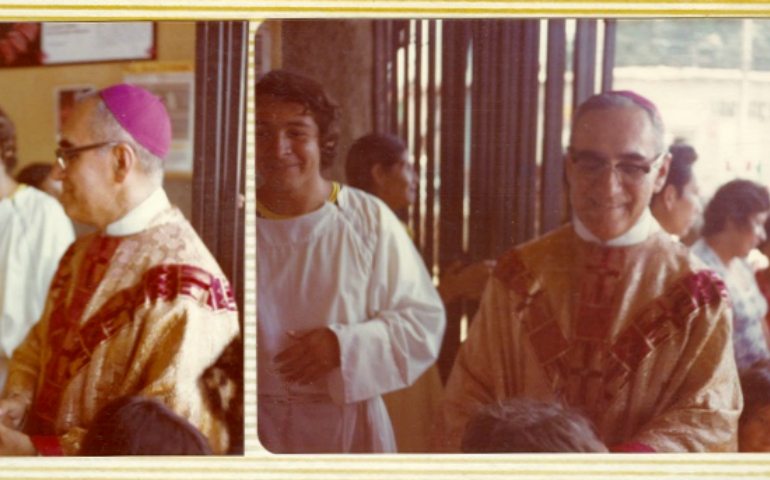 I decided that since I'm unable to go to Rome for the canonization of the greatest man I've ever known, I needed an outlet for my enthusiasm for this approaching occasion. I need to convince the Catholics of Northeast Ohio that this soon-to-be-saint is one of their own. I should know. He was my bishop almost 40 years ago when I served as a member of the Cleveland Latin American Mission Team in El Salvador.

A quick read of the history of those times would reveal a nation erupting into civil war, with its corrupt government undergirded by an equally corrupt press. Truth was a critical victim of the revolution. Into this violent vortex was thrown an inconsequential church leader whose pious platitudes seemed to be empty sputtering.

That is, until that church leader allowed his words to begin to speak of the realities being experienced by his people. He himself was a witness to the violence against them, especially in the unprecedented murder of a priest friend. A new God-energy, born of his fidelity to the movement of the Spirit, cascaded forth from his soul and began to escape through his lips. Archbishop Óscar Romero of San Salvador fearlessly spoke the truth.