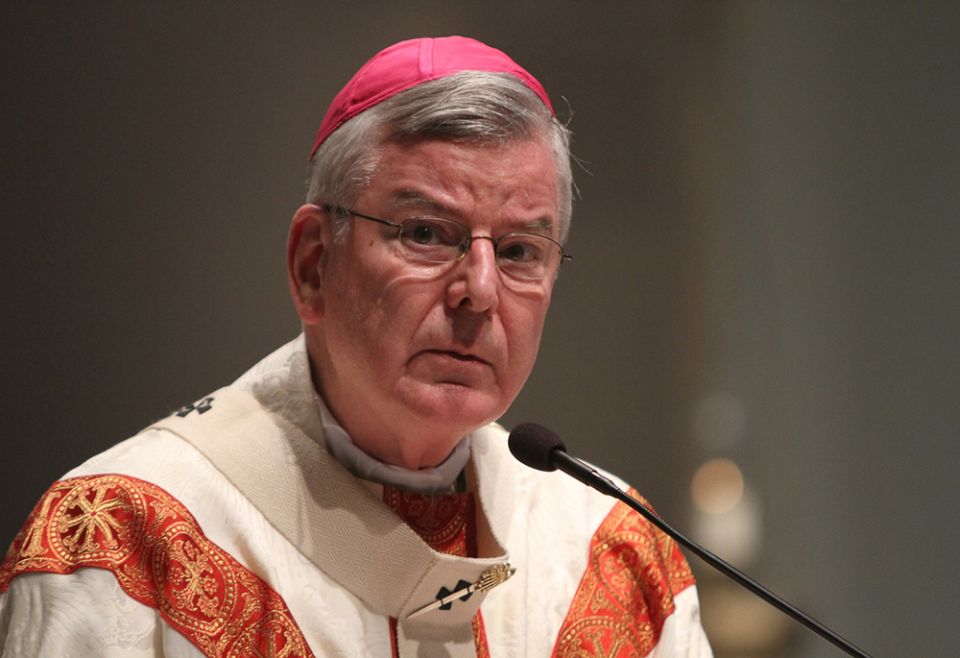 Anne Barrett Doyle of the group BishopAccountability.org recently wrote a thoughtful article on how Pope Francis' major law to hold bishops and religious superiors accountable for abuse they commit or cover-up, Vos Estis Lux Mundi ("You Are the Light of the World"), is not working.

That article caused me to reflect on the long-standing, unsuccessful efforts in the Archdiocese of St. Paul and Minneapolis to hold its former archbishop, John Nienstedt, accountable for alleged personal sexual misconduct and a failed cover-up involving abuse by another priest under his supervision.

These efforts have both pre-dated and post-dated Vos Estis, which went into effect on June 1, 2019, so it is with much disappointment that nothing has been resolved to hold Nienstedt accountable. It represents a real-life example of why Vos Estis is not working and needs serious reform.

I first wrote about the need for the church to complete a full and fair investigation of matters concerning Nienstedt and now disgraced former cardinal Theodore McCarrick in January 2019. I noted then that some progress had just been made regarding Nienstedt. Archbishop Bernard Hebda had called for a "lay-led mechanism" for investigating allegations against bishops and had clarified that Nienstedt "would not be free to exercise public ministry" in the archdiocese until all open allegations against him had been resolved.

But no public disclosures of prior investigations of Nienstedt occurred, and no one apparently was called upon to further investigate Nienstedt's alleged misconduct.

The complaint alleged that Nienstedt had interfered with a serious child sexual abuse criminal investigation and that Nienstedt had initiated sexual acts involving minors as a bishop, specific details of which later became public. Johnson's complaint was reviewed by Hebda, who determined the allegations were not "manifestly unfounded," the standard required for an initial review. Johnson's complaint was then forwarded to an unknown archbishop or bishop and then silence ensued.

Despite the fact that Vos Estis requires a determination to investigate a complaint be made within 30 days of its receipt, Johnson heard nothing from any church official over the next six months. Johnson had no recourse but to go public about the lack of any church response to his formal complaint. Johnson contacted two reporters and expressed his deep disappointment in the lack of any action. Church leaders remained silent.

On June 8, 2020, Johnson passed away following a long battle with cancer. That same month, the Archdiocese of St. Paul and Minneapolis announced that Victoria Newcome Johnson, Tom's spouse and a former prosecutor, would succeed Tom as the court-appointed ombudsperson for the archdiocese. Six more months passed with no Vatican response to Tom Johnson's complaint, not even an acknowledgment of the complaint's receipt.

In late November 2020, Victoria Newcome Johnson wrote to several church leaders in her capacity as the archdiocese's ombudsperson for clerical sexual abuse. Based on information she has shared with me, she emphasized the need for church officials to take action regarding Tom Johnson's complaint regarding Nienstedt. Several officials acknowledged receipt of her letter. Although she never heard any details, Newcome Johnson later learned that a Vos Estis investigation of Nienstedt reportedly had been undertaken by an unknown archbishop or bishop whose identity never has been revealed. As for the faithful, the silence continued. 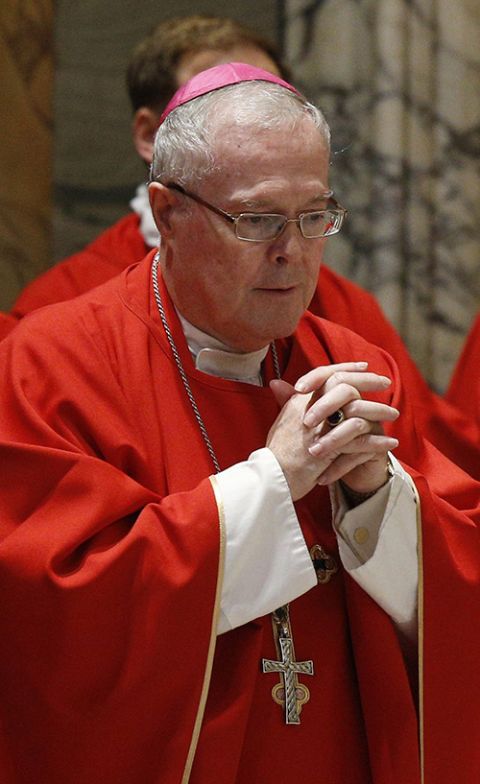 Bishop Michael Hoeppner of Crookston, Minnesota, concelebrates Mass at the Basilica of St. Paul Outside the Walls in Rome Jan. 15, 2020. Bishop Hoeppner, whose resignation was accepted by Pope Francis April 13, 2021, apologized for "failures" in governing the diocese, during an April 15 farewell Mass. (CNS/Paul Haring)

In May 2021, NCR highlighted the known Vos Estis investigations occurring throughout the United States, including one involving Bishop Michael Hoeppner of Crookston, Minnesota, for allegedly covering up abuse by one of his priests. NCR reported that in April 2021 Francis accepted the resignation of Hoeppner, "making him the first U.S. bishop to effectively lose his job as a result of a Vos Estis investigation."

The investigation of Hoeppner had been conducted and reviewed by seasoned lay investigators and overseen by Hebda. It had been conducted from start to finish in 15 months, with the preliminary investigation being completed in about two months. In short, the Hoeppner case is one example of how the Vos Estis procedures could provide some actual accountability if faithfully followed and executed with lay involvement. Even so, there remains a troubling lack of public disclosure and healing transparency in the Hoeppner case, for which the church still must come to reckon.

Fast forward to May 2022 and the Nienstedt investigation remains in limbo, almost three years after Tom Johnson submitted his complaint under Vos Estis. The silence continues. No one other than a few high-ranking church officials has any idea who has been responsible for conducting the investigation or its status. One cannot help but suspect that some church officials are simply hoping that the Vos Estis process will not be extended past its June 1, 2022, expiration, and that the church will "move on" to other more pressing matters. This would be symptomatic of how too many church officials have dealt with clergy sexual abuse. Such a deliberate indifference would be grossly misguided and harmful on several levels.

First, far too many faithful in the Archdiocese of St. Paul and Minneapolis harbor mistrust and feelings of betrayal as a result of Nienstedt's alleged misconduct, which the church sadly has failed to address. This includes foremost his victim-survivors, and their families and friends. Even though some of those minors who were victimized are now adults, they bear wounds that may never heal without an accounting of what they suffered.

It also includes all those parishioners who have attended archdiocesan listening sessions and restorative justice gatherings seeking a path to closure and reconciliation regarding Nienstedt's conduct, who have been left without either. How does the church expect them to regain trust in its leaders and find healing?

Second, deliberate disregard of the Vos Estis requirements and the completion and review of the investigation also leaves Nienstedt with a deeply stained reputation and without recourse. Nienstedt has indicated publicly that he welcomes an investigation and a chance to clear his name. He must be given that opportunity no matter how much some in the church may want to avoid a final, public reckoning. At his current age of 75, Nienstedt deserves to be judged expeditiously and either held accountable or exonerated with a final decision. Justice and fairness demand nothing less.

Finally, as I and others have learned in our restorative justice work involving clergy sexual abuse, one cannot find restoration and healing without accountability. You cannot achieve one without the other. Further, accountability without transparency leaves healing both hollow and diminished. It would bring little closure for victim-survivors and the faithful if a church official ultimately says that Nienstedt acted improperly, without providing any details about who conducted and reviewed the investigation, what was found, and what consequences resulted.

The laity and the clergy have been left in the dark about the status of the Nienstedt investigation for far too long. Any findings of the investigation into Nienstedt's alleged misconduct must be publicly and fully disclosed, with appropriate privacy protections for victims, if the church truly seeks to regain trust and restore its credibility.

So, where does the church's handling of the Tom Johnson complaint and Nienstedt investigation go from here? More of the status quo is one path. Silence from the Vatican and other church leaders regarding the status of the investigation, and an ongoing failure to hold Nienstedt accountable, may well continue. As a result, the current mistrust and injury will become permanent.

But there is another path forward. Finalize any remaining work on Tom Johnson's complaint. Identify whoever or whatever is blocking final resolution of the Nienstedt investigation, remove and replace those impediments (with lay resources if necessary), establish and announce a timeline for completion of the investigation and any review of its findings, and then make an unvarnished public disclosure of those findings.

Transparency must become the order of the day. This is what Vos Estis should be all about. It only takes dedication to finding the truth, the courage to pursue it, and then a commitment to candid transparency. Some may question whether the church possesses the faith, fortitude and humility to take such action. I know that some of our church's leaders embrace those qualities in their daily lives. It is time for them to step forward and "be the light of the world."

A version of this story appeared in the June 24-July 7, 2022 print issue under the headline: How the pope's abuse law is not working . 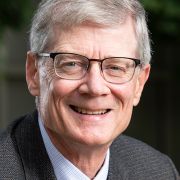 Hank Shea is a senior distinguished fellow at the University of St. Thomas School of Law in Minneapolis. He also serves as a fellow of the UST Law School's Initiative on Restorative Justice and Healing.

Commentary | Archbishop Nienstedt: an example of how the pope's abuse law is not working